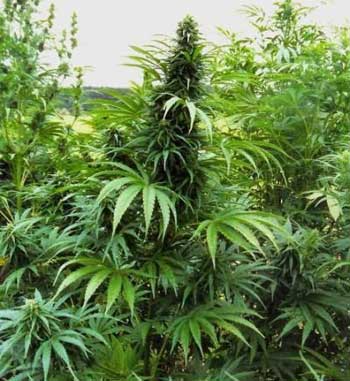 Canadian researchers find that boys who start smoking pot before 15 are much more likely to have a drug problem at 28 than those who start at 15 or after.

All the more reason, they say, to educate kids early, in primary school, about the risks of starting pot smoking, especially now that the potency is much greater than it was in decades past and that public acceptance is being spurred by legalization in jurisdictions such as Canada.

“The odds of developing any drug abuse symptoms by age 28 were reduced by 31 per cent for each year of delayed onset of cannabis use in adolescence,” the researchers at UdeM’s Department of Psychology, School of Psychoeducation and the CHU Saint-Justine Hospital Research Centre found.

Their study was published April 22 in the Canadian Journal of Psychiatry.

According to a 2011 study by University of Waterloo researchers in the journal Addictive Behaviors, 10 per cent of Canadian adolescents consumed cannabis in Grade 8. By Grade 12, that percentage nearly tripled to 29 per cent. Early-onset cannabis use has been linked to further drug abuse problems later in life.

The new study, done by UdM doctoral student Charlie Rioux under the supervision of professors Natalie Castellanos-Ryan and Jean Séguin, shows just how much.

The researcherslooked at data for 1,030 boys in the Montreal Longitudinal and Experimental Study of white francophones from some of the city’s impoverished neighbourhoods begun in the early 1980s. Every year between ages 13 and 17, the boys were asked if they had consumed cannabis at all in the previous year.

At 17, and again at 20 and 28, they were asked not only whether they consumed cannabis, but also other drugs, including hallucinogens, cocaine, amphetamines, barbiturates, tranquilizers, heroin and inhalants. Then the data were correlated with the age at which they started using cannabis.

Double the chance if frequent use

The results confirmed the researchers’ suspicions: the younger they started, the more likely the boys had a drug problem later as young men. This is partly explained by the frequency with which they consumed cannabis and other drugs, but those who started before age 15 were at higher risk regardless of how often they consumed.

“The odds of developing any drug abuse symptoms by age 28 were non-significant if cannabis use had its onset at ages 15 to 17, but were significant and almost doubled each year if onset was before age 15,” the study says. Even if those who start smoking cannabis at 17 years were at lower risk, frequent users (20 or more times a year) at age 17 had almost double the chance of abuse by age 28 than occasional users.

And that may be underestimating the problem, the researchers say.

“Notably, considering that the potency of cannabis products increased over the last two decades and that [in this study] adolescent cannabis use was assessed from 1991 to 1995, it is possible that the higher content of Δ-9-tetrahydrocannabinol in the cannabis available today would be associated with higher rates of drug abuse symptoms.”

The researchers also found that the earlier that boys were involved in gangs, drank alcohol, got into fights, stole or vandalized property, the earlier they used cannabis and the higher their odds of having drug abuse issues by 28. Those who started drinking at 17 also were at higher risk of having an alcohol problem at 28.

The finding that starting pot smoking between ages 13 and 15 increases the odds of developing a drug problem later on makes it all the more important to prevent or reducing cannabis use as early as possible, the researchers say.