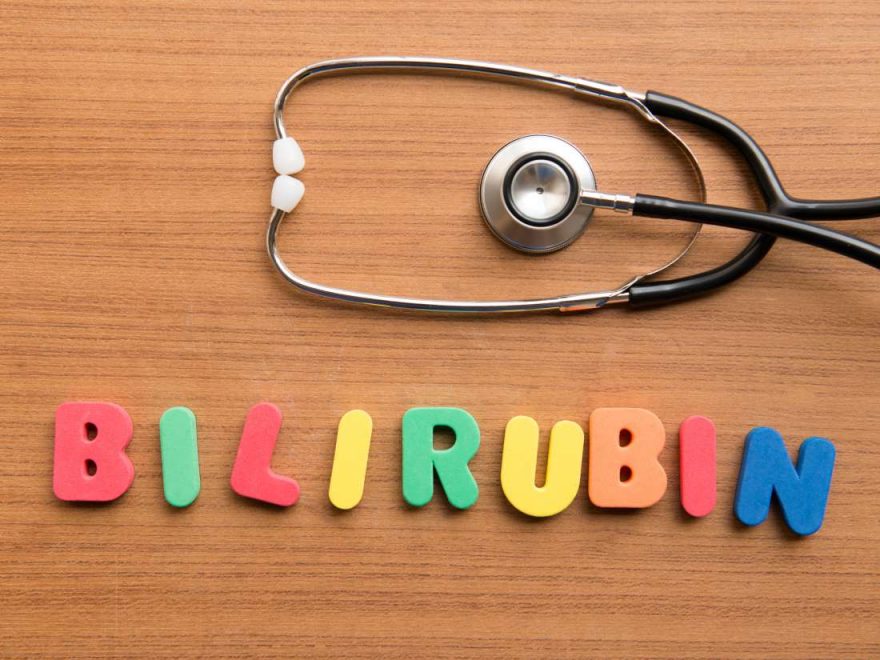 This pigment has a yellowish tint, which causes the yellow tinge of the skin in jaundice.

It is a natural byproduct of the breakdown of red blood cells, which takes place when blood cells age or become faulty.

Bilirubin is then processed by the liver; some of it is reabsorbed into the bloodstream, while the rest is eventually excreted through urine or feces.

Sometimes, due to various dysfunctional biological mechanisms, excess bilirubin is not processed and eliminated from the body. When this happens, it can lead to jaundice; sometimes, it indicates that there is a problem with the liver or pancreas.

Yet, according to researchers from a range of reputable institutions in the United States — including the Atlanta Veteran Affairs Medical Center in Georgia, Yale University in New Haven, CT, Vanderbilt University in Nashville, TN, and Boston University in Massachusetts — blood levels of bilirubin may also be used to determine a person’s risk of cardiovascular problems.

Their findings, now published in the Journal of the American Heart Association, indicate that people with higher levels of bilirubin in the blood may be better protected against conditions and events such as heart failure, heart attack, or stroke.

Previous research suggests that bilirubin levels could predict cardiovascular risk, but the investigators involved in the current study were interested in seeing whether the relationship was different in HIV-positive versus HIV-negative individuals.

They were interested in this because people living with HIV are often at a higher risk of cardiovascular disease. At the same time, the HIV drug ataznavir is known to elevate serum bilirubin levels.

“We sought to determine whether increased total bilirubin levels were associated with reduced [cardiovascular] events in [Veterans Aging Cohort Study] and to determine if those associations differed by HIV status, atazanavir use, and liver disease,” the authors explain in their paper.

For this purpose, they worked with 96,381 participants with an average age of 48. Of these, 31,418 were HIV-positive, and 66,987 were HIV-negative. Ninety-seven percent of these were men, and 48 percent identified as African-American.

“We initially wanted to see if bilirubin and cardiovascular disease had a different relationship in people who were HIV positive, compared to HIV negative,” says first author Vincent Marconi, from the Atlanta Veterans Affairs Medical Center.

Marconi and team split the participants into four groups, or quartiles, based on their levels of serum bilirubin. Those in the highest bilirubin category were found to have a lower risk of heart attack, stroke, and heart failure.

In other words, the higher the bilirubin levels, the lower the risk for cardiovascular events, and vice versa. The risk decreased “by 8 percent for each increase in total bilirubin quartile,” the authors write.

Moreover, the risk trends were similar among the HIV-positive and the HIV-negative cohort, though they remained slightly higher for the former.

The researchers also note that “high levels” of the compound did not mean “off the charts,” and that the concentration of serum bilirubin always stayed within healthy ranges.

“Large increases in bilirubin were not required to see an effect on [cardiovascular] risk reduction,” explains Marconi, adding, “Most of the change happened well within the normal physiologic range and specifically from the first to the second quartile.”

The study did not find an independent effect of ataznavir on cardiovascular health outcomes, but the researchers note that previous analyses have suggested that the drug could have a positive impact in this respect.

In their conclusion, Marconi and team note that a better understanding of the underlying mechanisms set in motion by bilirubin may help to improve therapies for individuals at high risk of cardiovascular events, as well as various inflammatory diseases.

“It is important to determine whether incorporating bilirubin levels into current risk stratification models could improve prognostication of inflammatory diseases.”

“In addition,” the authors conclude, “further exploration into the mechanisms related to the antioxidant properties of bilirubin could provide new insights into therapeutic strategies.”