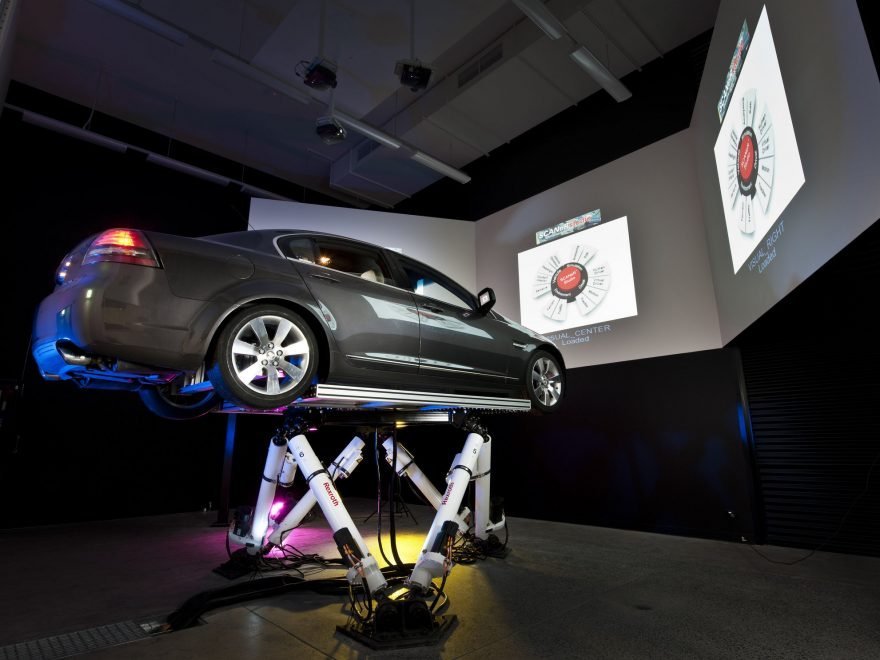 Drivers use “self-regulation” techniques like slowing down when they use their mobile phone hands-free while driving, according to a new QUT study of Brisbane drivers in a high-tech simulator.

But the study found the opposite for drivers who actually held and looked at their phone – they sped up while looking down.

The study analysed the driving performance of 35 drivers aged 18 to 29 in QUT’s advanced driving simulator at its Centre for Accident Research and Road Safety-Queensland (CARRS-Q) at Kelvin Grove.

In a paper published online in Accident Analysis and Prevention, the researchers say previous studies of driver impairment while on the phone have not taken into account drivers’ ability to self-regulate their behaviour.

Lead researcher Oscar Oviedo-Trespalacios said the self-regulatory behaviour demonstrated in their tests included slowing down while on the phone and keeping very central in the lane.

“It’s more efficient – and of course safer – to just pull over in an appropriate place to use your phone quickly and then resume your journey.”

“We found most drivers actually increased their speed while distracted by looking at and holding their phone,” Mr Oviedo-Trespalacios said.

The experimental study also found that drivers who held their phones were more likely to use them on the open highway than on S-curves and city roads.