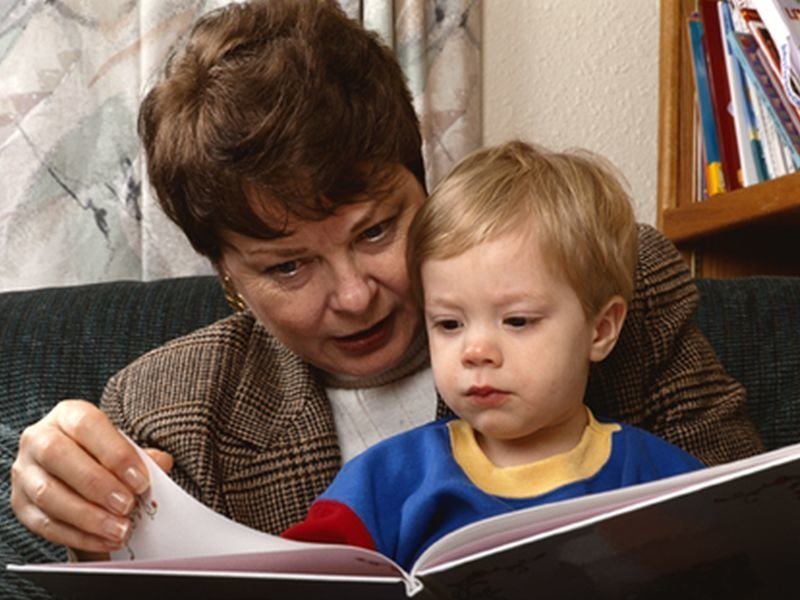 (HealthDay)—Parents who read to their infants and toddlers may help them develop skills that pay big dividends when they start school, a new study suggests.

“When you read with your child, it’s really a warm, nice time together,” said lead researcher Dr. Alan Mendelsohn. He’s an associate professor of pediatrics at New York University School of Medicine in New York City.

“But even more, when you read together, especially story books, the stories are about topics that are important and interesting to children,” Mendelsohn said.

Stories often deal with characters who are sad or happy, and who have to learn how to cope with challenges in their lives, he explained.

“When you read a book together, you provide the child an opportunity to think about what it means to have those feelings and how to deal with them,” Mendelsohn said.

In addition, when parents read to their kids, they all have to focus on the same thing and the children learn how to pay attention, he said.

To demonstrate the benefits of making a habit of reading aloud to children, Mendelsohn and colleagues randomly assigned 675 families to either take part in a program called the Video Interaction Project or to be followed without being in the program.

The program ran from birth through age 3. During pediatrician visits, families in the program were video-recorded reading or playing with their children. The video was then reviewed with a coach who helped parents learn more about their critical role in their child’s development.

When the children in the program were evaluated a year and a half after the program ended, they maintained the behavior and attention skills they gained during the program, Mendelsohn said.

“When parents read aloud and play with their children, they can help their children learn to behave in ways that are going to be really helpful when the kids start school,” Mendelsohn said.

Dr. Jefry Biehler, chairman of pediatrics at Nicklaus Children’s Hospital in Miami, said that these results support what pediatricians have said for years.

“Reading and playing with your children has an impact on their development and how they are going to do in school,” he said.

In addition, reading and playing with your children can alleviate some of the behavior problems kids are prone to, Biehler said.

Biehler believes that the interaction between parent and kids aids their socialization, but parents may not be spending as much time playing and reading to their children as they once did.

Using other means of entertaining kids, such as computers or plunking them down in front of the TV, might not provide the same benefit that direct interaction does, Biehler said.

“It’s very important to spend time with your child and read to your child,” he said. “It’s a special time for kids to interact with their parent, and that’s important for developing babies.”