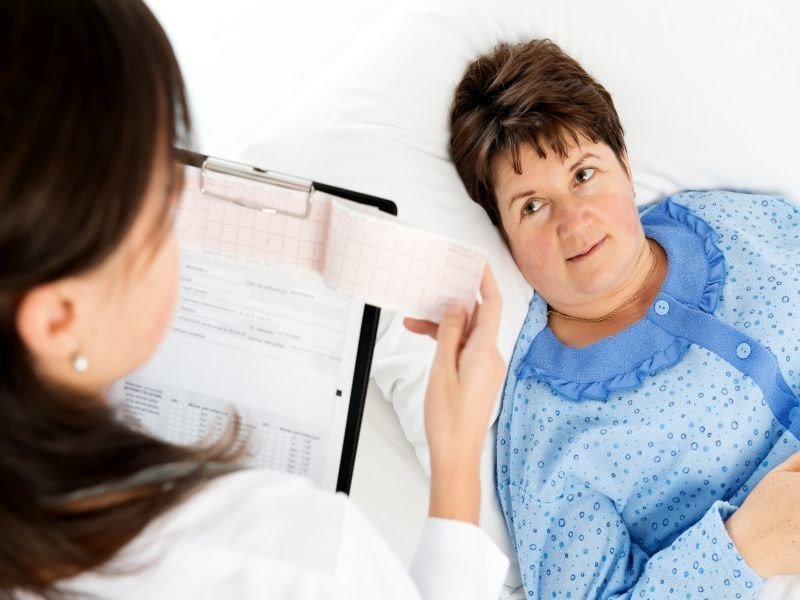 (HealthDay)—About 15 percent of breast cancers are diagnosed in the interval between regularly scheduled mammograms, where the last mammogram showed no signs of a cancer.

Now, new research suggests that these “interval cancers” may have a worse prognosis, especially for younger women.

The take-home message is “that we need to identify patients at risk for an interval cancer and possibly screen them more frequently,” said Dr. Alice Police, who helps direct breast surgery at Northwell Health Cancer Institute in Sleepy Hollow, N.Y.

She wasn’t involved in the new study, which was led by Anne Marie McCarthy, a breast oncology research fellow at Massachusetts General Cancer Hospital in Boston.

In the study, McCarthy’s group tracked breast cancer cases among more than 300,000 U.S. women aged 40 or older, looking specifically at cases where a breast tumor was diagnosed within one year of a mammography screening.

McCarthy said that “the rate of cancer diagnosis within one year of a negative mammogram was small—5.9 per 10,000 screenings—but those cancers were more likely to have poor prognosis than cancers diagnosed after a positive mammogram.”

The density of breast tissue also seemed to matter—the study found that women with denser breasts were at a higher risk of having an interval cancer.

However, having denser breast tissue “did not predict whether that cancer would have poor prognosis,” McCarthy noted.

Still, her team concluded that “considering both breast density and age” may be key to spotting women at higher risk for an aggressive breast cancer.

Police agreed, saying that “further research is needed to develop new screening parameters to better identify this subset of patient and aid in early detection.”

Dr. Stephanie Bernik is chief of surgical oncology at Lenox Hill Hospital in New York City. She said the study results weren’t surprising, and believes additional tests might be warranted for certain women.

“Adding sonograms to women with dense breast tissue is one way to try to capture some of the cancers missed on mammogram while they are smaller and have not yet spread to the lymph nodes under the arm,” Bernik said. “Women should speak with their doctors to see if additional testing beyond standard mammogram screening would be beneficial.”

The guidelines are mixed on breast cancer screening. The influential U.S. Preventive Services Task Force now recommends biennial screening (every other year) beginning after age 50 through to 74, whereas the American Cancer Society advocates for annual mammograms between the ages of 45 and 54, switching to biennial (if the patient chooses) mammograms at age 55 and older.

According to the ACS, women aged 40 to 44 “should have the choice to start annual breast cancer screening with mammograms” if they wish to do so.