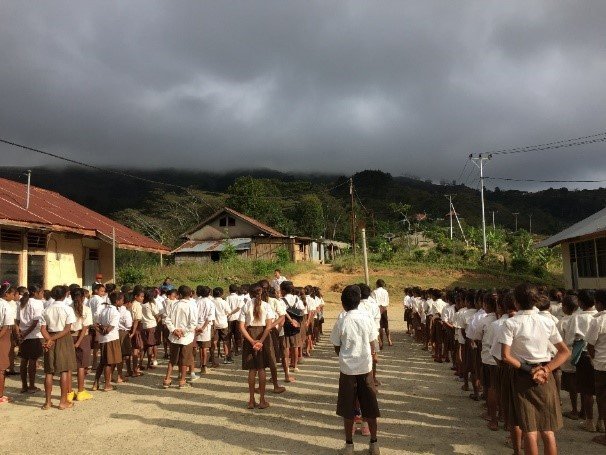 Soil-transmitted helminths (STHs) infect nearly 1.5 billion people around the world and can contribute to stunted growth and development in children. Expanding control programs to be administered at the community level may have a greater impact on STH infections in children than school-based programs, researchers now report in PLOS Neglected Tropical Diseases.

STHs, including roundworm, hookworm and whipworm, together account for the world’s most common parasitic disease of humans. STH are considered diseases of poverty—they spread in areas that lack adequate water, sanitation and hygiene. Current guidelines on STH control focus on the distribution of deworming drugs to school-aged children and through school-based deworming programs, whereby deworming tablets are given by teachers to all children regardless of infection status. Expanding the target population of these programs has recently been advocated to provide additional benefits to children.

In the new work, Naomi Clarke and Susana Vaz Nery of Australian National University, and colleagues enrolled six communities in Timor-Leste in a pilot study. Three communities received only a school-based deworming and water, sanitation, and hygiene (WASH) program. Three others received an additional community-based deworming and WASH program. STH infections were measured in school-aged children at baseline and six months after deworming.

The school WASH intervention was shown to improve school sanitation, while the community WASH intervention reduced rates of open defecation from 50.4% to 23.5%. Stool samples were collected from a high percentage of participating children (92.3% at baseline and 88.9% at follow-up). Overall, there was a 58% reduction in the odds of STH infection among children in communities that were given the community-wide intervention, compared to the school-based intervention only.