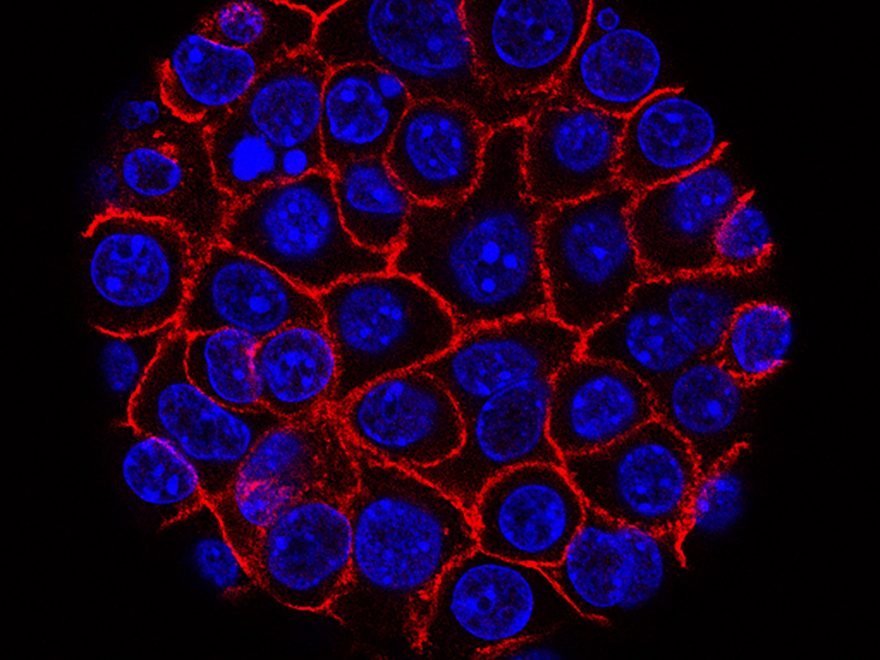 In order to kill cancer cells, chemotherapy drugs must first make their way inside them. But cancer cells are shrewd, and some use molecular pumps to expel the drugs before they have a chance to work. New research from Rockefeller’s Jue Chen sheds light on the process by which the cells spit molecules out.

The scientists used electron cryomicroscopy, an imaging technique that involves freezing molecules in a thin layer of ice, to detail the molecular structure of a pump called MRP1. They previously showed how the pump grabs on to its cargo from inside of the cell, and the new images focus on the cargo’s release to the outside of the cell. Small rearrangements in MRP1 facilitate the release process, the scientists report in Cell.