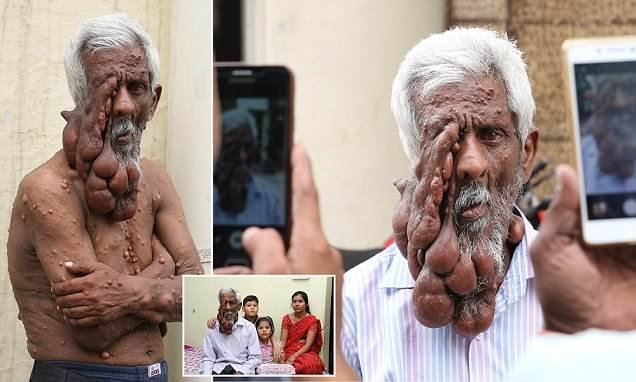 The 54-year-old man with a melting face: Grandfather’s agonising tumours have left him unable to eat, talk or speak

A man’s rare genetic disease has left him with such large tumours it looks like his face is melting.

Subhash Chand, 54, from Uttar Pradesh state in India, suffers from a condition known as Neurofibromatosis or Von Recklinghausen’s Disease.

The disorder, which he developed at just 20 years old, has left him with half lips, as well as a missing eye and ear on the right side of his face.

Despite Mr Chand being unable to see, eat or speak properly due to his incurable condition, he manages to stay positive about life.

He said: ‘People make fun of me and call me different names but I do not bother about them. I never listen to their comments.

‘My grandchildren love me very much and they never get afraid of my tumours. I am accepted in my family and I am happy for that.’ 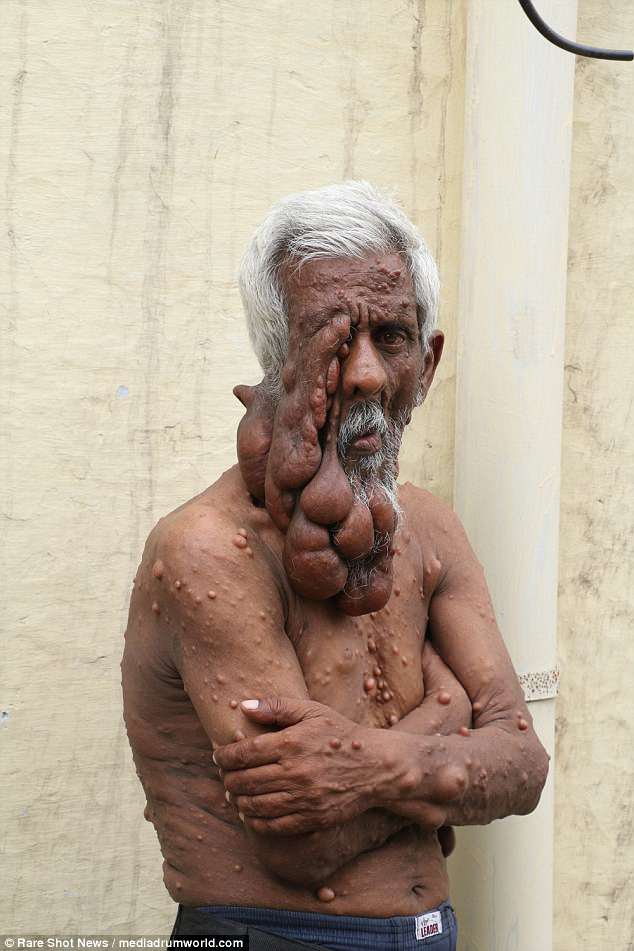 Mr Chand’s appearance attracts attention wherever he goes, with people frequently stopping him in the street to take photographs.

Although he has struggled with the disorder for most of his life, it has gotten more severe with age.

Mr Chand, who lives with his daughter-in-law and two grandchildren, said: ‘I had fewer tumours when I was younger and they were smaller in size but they started to extend during my late twenties.

‘Doctors advised me to tie these tumours in cloth so that their progression could be prevented.’

Despite the medics’ advice, Mr Chand’s tumours are too painful for him to wrap them up.

Explaining why Mr Chand’s tumours cause him discomfort, Dr S K Kalra said: ‘His facial nerves are also involved and his facial tumours are extending due to its position, hanging downwards.’

Subhash has two brothers who do not suffer from the condition. His mother had the same diagnosis but it was less extreme.

Neurofibromatosis type 1 (NF1) is a common genetic condition that affects one in 3,000 people in the UK to some extent.

Around half of cases are inherited from a parent and the other half occur spontaneously.

Early symptoms include flat brown birthmarks, and lumps and bumps in unusual places.

It is also associated with mild learning difficulties, although most people with NF1 are otherwise healthy and live to a normal life expectancy.

There is no cure, however, surgery can be performed to remove the benign growths. 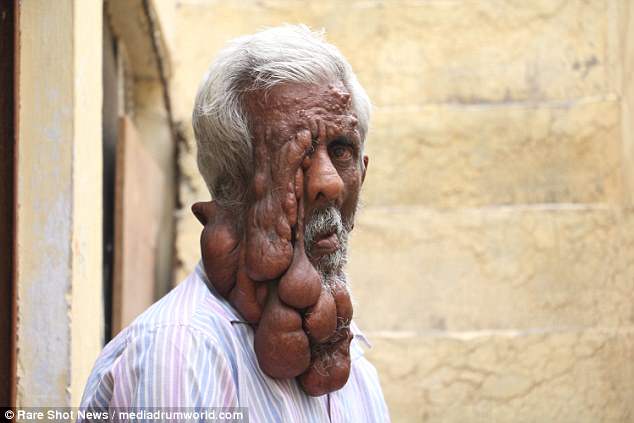 Disorder has left him with half lips, as well as a missing eye and ear on the right side of his face Despite his tumours, which cover his entire body, Mr Chand tries to live a normal life 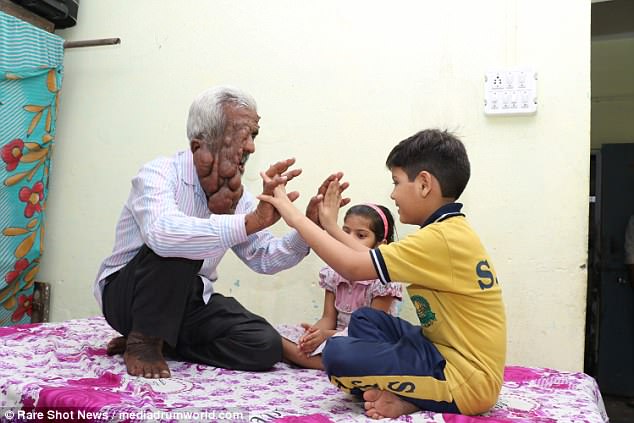 Determined to stay positive, Mr Chand enjoys playing with his grandchildren, who ‘accept’ him 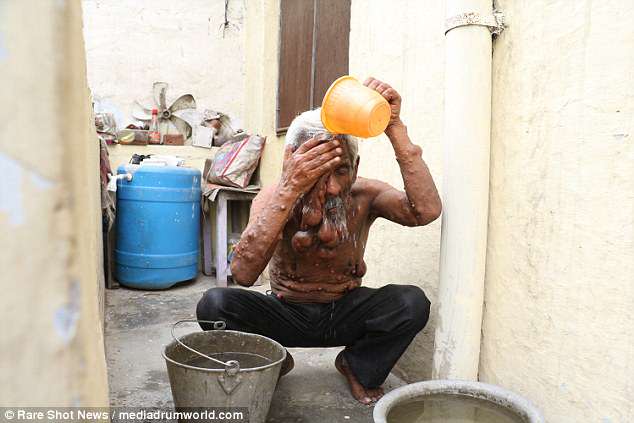 Despite doctors advising him to cover his tumours in bandages, they are too painful The condition affects Mr Chand’s eyesight, as well as his ability to speak or eat properly Mr Chand has regular check ups with doctors. It is unclear how his health is affected