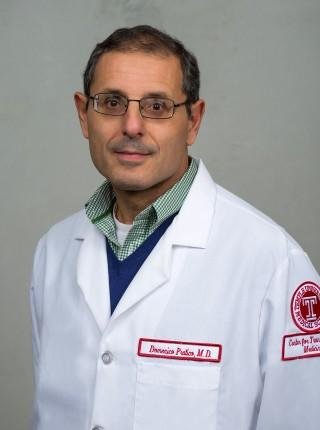 The amino acid homocysteine occurs naturally in the human body, generated as a byproduct of methionine metabolism. Genetic diseases or an imbalanced diet, with too much red meat or deficiencies in B vitamins and folic acid, however, can lead to high homocysteine levels, a condition known as hyperhomocysteinemia. This condition causes considerable harm to the heart but can also affect the brain.

Now, in a new study published online in the journal Molecular Psychiatry, researchers at the Lewis Katz School of Medicine at Temple University further reveal the extent to which elevated homocysteine damages the brain. In mice, they show that diet-induced increases in homocysteine levels directly contribute to the development of damaging neurofibrillary tangles, which result from the progressive accumulation of abnormal tau protein in the brain. Tau neurofibrillary tangle accumulation is a major contributor to nerve cell death, dementia, and neurodegenerative disease.

“Abnormal tau is responsible for the formation of neurofibrillary tangles in the brain of Alzheimer’s disease and other forms of dementia,” explained Domenico Praticò, MD, Scott Richards North Star Foundation Chair for Alzheimer’s Research, Professor in the Departments of Pharmacology and Microbiology, Director of the Alzheimer’s Center at Temple in the Lewis Katz School of Medicine at Temple University (LKSOM), and senior investigator on the new report. “From previous research we knew that hyperhomocysteinemia is a risk factor for Alzheimer’s disease, affecting memory and the formation of harmful amyloid beta plaques in the brain. However, it was unclear whether it also influenced tau neurofibrillary tangle formation, which is the second-most important brain lesion in Alzheimer’s disease, in addition to amyloid plaques.”

To explore this question, Dr. Praticò and colleagues used a dietary approach in mice, inducing an increase in homocysteine levels by implementing a diet deficient in folic acid and vitamins B6 and B12. The researchers specifically used mice engineered to develop only tau tangles, with no amyloid plaque formation, enabling them to investigate a possible direct effect of homocysteine on the development of tau lesions.

Starting at four months of age, tau mice were put on the vitamin-deficient diet. Eight months later, the animals were tested in their learning and memory abilities in a water maze test. Compared with control tau mice, which ate a regular diet throughout the study, tau mice on the vitamin-deficient diet performed significantly worse, showing impairments in learning a new task and, most importantly, in their ability to remember the task.

To better understand why, the researchers examined brain tissues from both groups of mice. “We observed that the brains of the animals receiving the deficient diet had not only increased homocysteine levels but also a 50 percent increase in the amount of tau tangles in the hippocampus and cortex, relative to control animals,” Dr. Praticò said. Levels of insoluble, toxic tau protein, which causes neuron death, were also elevated, and cells exhibited disruption in the integrity of their synapses, the junctions between neurons that allow the cells to communicate.

Dr. Praticò’s team further discovered that one of the earliest changes that the elevated homocysteine levels induced in the brain is the activation of a protein called 5-lipoxygenase (5LO). By controlling the cdk5 enzyme, 5LO is ultimately responsible for the formation of abnormal tau and the development of tau tangles.