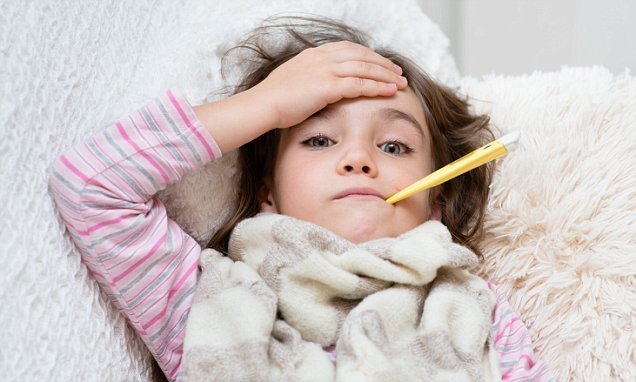 Giving children antibiotics for common coughs does not improve symptoms and ‘probably does more harm than good’, scientists say

Parents may head straight for the doctor when their child starts coughing and spluttering, in the hope that they can give medicine to soothe them.

But a placebo would do just as much to fend off common viral infections, scientists say.

As concern grows about infections growing resistant to antibiotics experts have recommended fewer are prescribed.

And a review of past studies on the effect of antibiotics on children’s breathing infections shows that antibiotics may not be doing the children much good, either. 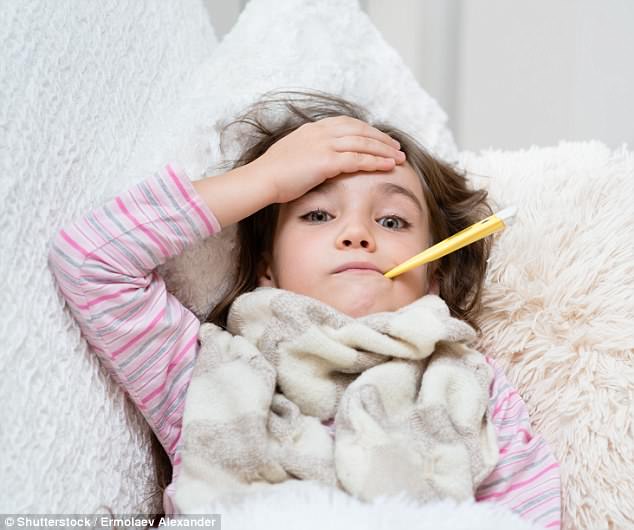 Children who are given antibiotics for common coughs and colds do not show any more improvement than children given a placebo, and the drugs’ contribution to antibiotic resistance could mean they do more harm than good

Children with comparable infections did not have any fewer complications or a lower chance of the infection getting worse if they were given antibiotics.

The team said: ‘There was no evidence that giving children antibiotics for uncomplicated upper respiratory tract infection has any value.

‘Given the widespread concerns about antibiotic resistance, it probably does more harm than good.’

The study, done by former independent health journal Bandolier – which closed in 2010 – looked at ten studies on the effect of antibiotics on upper respiratory tract infections in children.

The review looked at the number of children whose symptoms were worse or the same after five to seven days, how many children’s illness had complications or progressed (to bronchitis or pneumonia, for example), and how many showed adverse effects such as diarrhoea or vomiting.

WHAT IS ANTIBIOTIC RESISTANCE?

Antibiotics have been doled out unnecessarily by GPs and hospital staff for decades, fueling once harmless bacteria to become superbugs.

The World Health Organization has previously warned if nothing is done the world was headed for a ‘post-antibiotic’ era.

It claimed common infections, such as chlamydia, will become killers without immediate answers to the growing crisis.

Bacteria can become drug resistant when people take incorrect doses of antibiotics, or they are given out unnecessarily.

Chief medical officer Dame Sally Davies claimed in 2016 that the threat of antibiotic resistance is as severe as terrorism.

Figures estimate that superbugs will kill ten million people each year by 2050, with patients succumbing to once harmless bugs.

Around 700,000 people already die yearly due to drug-resistant infections including tuberculosis (TB), HIV and malaria across the world.

Concerns have repeatedly been raised that medicine will be taken back to the ‘dark ages’ if antibiotics are rendered ineffective in the coming years.

In addition to existing drugs becoming less effective, there have only been one or two new antibiotics developed in the last 30 years.

In September, the World Health Organisation warned antibiotics are ‘running out’ as a report found a ‘serious lack’ of new drugs in the development pipeline.

Without antibiotics, caesarean sections, cancer treatments and hip replacements would also become incredibly ‘risky’, it was said at the time.

There is also no difference between the two groups in numbers of children whose illness progresses or has complications, or who suffer adverse effects.

Antibiotics do not treat viral infections

Choosing Wisely, an initiative set up with the American Academy of Pediatrics, says this is because many coughs and colds are caused by viruses.

While antibiotics may help if a child has a bacterial infection, viral infections – such as most colds, flu, bronchitis and sinus infections cannot be treated the same way.

Choosing Wisely says side effects from antibiotics are a common reason that children go to hospital.

The drugs can cause diarrhea or vomiting, and about five in 100 children have allergies to them, some of which can be serious and life threatening.

This means that the next time your child needs antibiotics for a bacterial infection, they will not work as well – this is called antibiotic resistance.

A recent report from the Centers for Disease Control and Prevention in the US found that fewer antibiotics are being prescribed to children.

Overuse of antibiotics is fueling antibiotic resistance, and the drugs are often prescribed for viral infections that they cannot treat any way.

However, rates of prescriptions for amphetamines – non-addictive stimulants – to have continued on their upward trend, likely as a result of pressure from parents and schools, experts suggest.