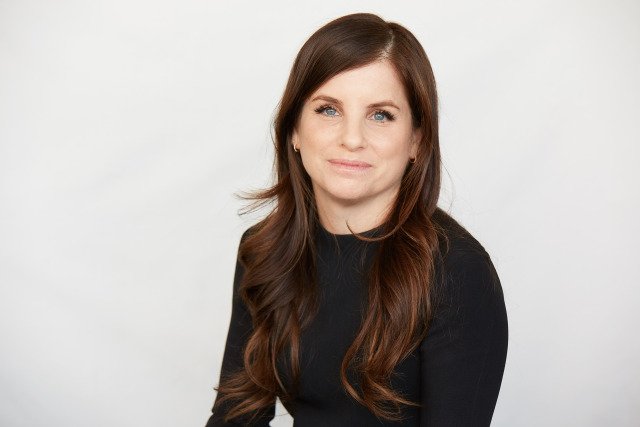 Debbie Perelman has been named Revlon Inc.’s first female chief executive officer.Perelman, 44, was named chief operating officer of Revlon in January. She has worked in and around Revlon in varying roles, including in finance, distribution, sales and marketing, and as a board member, for roughly 20 years.She’s also worked as a board member and executive vice president of strategic and new business development at MacAndrews & Forbes, Revlon’s majority owner. Paul Meister, who has been overseeing daily operations at Revlon, will stay on as executive vice chairman of the board.”We have some iconic brands in our portfolio and the categories they’re in today are categories that are growing — growing in the U.S. and growing in many markets around the world,” Perelman said. “It’s a good position for us to be in to really drive the business to capture leadership positions where we should be winning.”As ceo, Perelman will continue to oversee the company’s digital transformation. She recently formed a data and analytics group and helped create infrastructure to accelerate Revlon’s e-commerce business. That process included training several hundred Revlon employees globally, as well as making key hires for content creation, search-engine optimization and search-engine marketing, plus shifting content creation in-house. The business is also working to institute a culture of innovation, she said.On the company’s latest earnings call, Meister noted that the company had seen acceleration of its digital platforms. Overall, though, Revlon sales dipped 6.1 percent year-over-year to $560.7 million for the first quarter.In addition to a digital focus, Perelman said she was focused on supporting and growing Revlon’s existing brands, investing in those brands and potentially investing in new brands.The scope for future mergers and acquisitions is broad, Perelman said. Revlon has an internal incubator that looks at potential deals, and the company is open to buying as well as making minority or majority investments, Perelman said. Revlon would also look outside of traditional beauty brand deals, she noted. “We’re broadening our aperture for the types of companies we’d look at,” Perelman said.Perelman’s focus will extend to retail partners on evolving Revlon’s retailer dot-com experiences, as well developing a consistent omnichannel experience for consumers, she said.The company’s organizational structure, which was created under former Revlon ceo Fabian Garcia, will stay in place for the foreseeable future, Perelman said.A significant portion of Revlon’s business is operating against a slowdown in the U.S. mass market. But Perelman said she takes a broader industry approach to the beauty picture, versus one that is channel-specific.”If you look at the industry as a whole, and for color cosmetics if we just focus on Revlon — that’s growing,” Perelman said. “Today, the consumer does not really separate the difference between prestige and mass. She’s going with the product she wants,” she said, citing Chanel Beauté’s launch at Ulta Beauty or ColourPop at Sephora as examples where the industry is “seeing these lines really blur.”For Revlon, which was founded in 1932, Perelman is the first female ceo. “It’s a good time for to be led by a woman,” Perelman said, noting that both Revlon and Arden have a history of being first to market. “Obviously this is another first for the company, and I have to say I’m really honored and humbled.”“Revlon is a brand of firsts — the first to match lips and fingertips, the first to be inclusive, the first to develop color stay technology and the first brand to embody women empowerment in the beauty industry,” Ronald Perelman, chairman of the board and Perelman’s father, said in a statement. “Debbie’s global perspective, financial acumen and holistic approach to brands, consumers and technology will help Revlon reclaim its leadership position. I have always trusted Debbie to bring fresh vision, innovation and success to companies, and I have no doubt she will do the same for Revlon. Debbie’s extensive experience at both MacAndrews & Forbes and Revlon, as well as her track record for innovation and breaking paradigms to compete in today’s digital and consumer-first environment, make her the ideal leader for Revlon. She is thoughtful, team-oriented and decisive, and I can think of no better way to express MacAndrews & Forbes’ support of Revlon and belief in its future than by appointing Debbie to lead the company.”The idea is for Perelman to be a long-term fixture for a company that has had a revolving door of ceo’s. Garcia, who joined in 2016, left early this year. Before him, Lorenzo Delpani was ceo, beginning in 2013. He followed Alan Ennis and David Kennedy.”The company’s at a point now where we’ve got tremendous people in the organization and it really needs a strong continuous leader for the foreseeable future as opposed to the history in the past,” said Scott Beattie, vice chairman of the board. “Debbie brings that continuity of leadership.”Beattie described Perelman as a “collaborative leader” who generated “unanimous” support across Revlon’s board of directors. “She’s been instrumental in building Revlon and Elizabeth Arden’s collective capability in digital.”