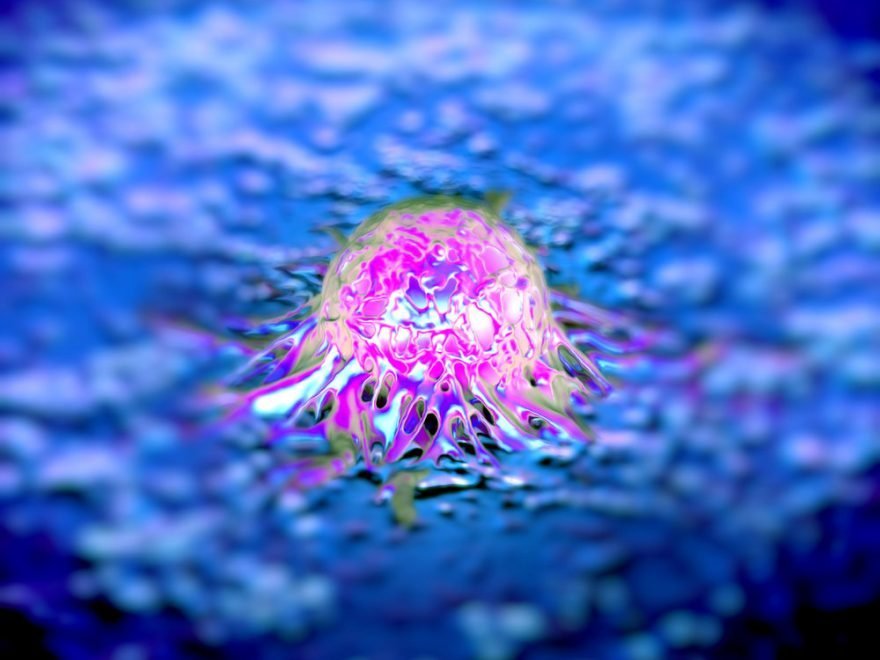 Cancer has always been thought of as something that grows rapidly and uncontrollably, but this view may be wrong. New evidence suggests that cancer alternatively uses the “accelerator” and the “brake” in order to survive.

If you plot the growth of prostate cancer tumour progression over years, you get a graph that looks something like this: 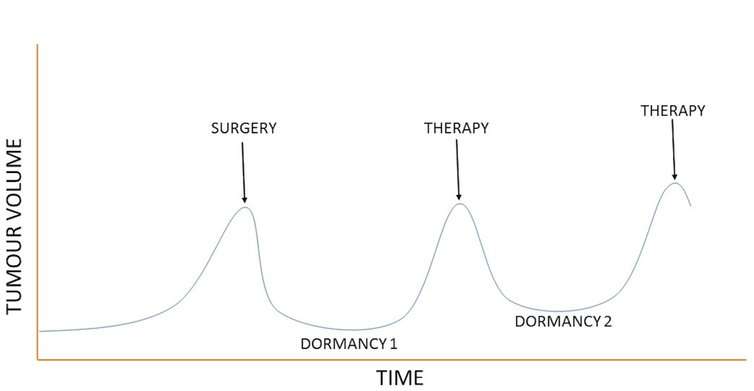 The graph shows that prostate cancer cells alternate periods of rapid growth with periods of dormancy. In the above example, the tumour will grow to the point where it starts to produce symptoms and the patient seeks treatment – which usually involves cutting the tumour out.

During the periods of dormancy, which could last several years, the patient will often have no symptoms and the tumour will be undetectable using the usual diagnostic tools. Until recently, we knew very little about these periods. However, research conducted by my group and by other scientists suggests that cancer dormancy is a crucial time for tumour progression.

To understand why dormancy is useful to cancer cells, we need to examine the factors that can stop tumour progression. Cancer cells face three main challenges to their survival and growth. First, they need to deceive the immune system, which is able to eliminate most tumours. Second, they need to survive anti-cancer therapies, and, third, they need to invade distant organs and generate metastases.

Cancer dormancy is essential to meet all these challenges. During the periods of dormancy, cancer cells reshape their genetic make-up and get ready for the next stage of progression. Without dormancy, cancer cells would not be able to survive in a new environment or become resistant to the attacks of the immune system. So it is important to learn how to detect dormant cancer cells, and how to kill them.

Detecting dormant cells is not easy, though. Dormant tumours are often small and don’t produce symptoms, so patients are often unaware of them and conventional diagnostic tools are unable to “see” them. Also, dormant cancer cells are often in slow-metabolism mode, like hibernating animals. So even some sophisticated diagnostic techniques, such as PET scans, often overlook dormant tumours.

So how do we detect these dangerous sleeping cells? Fortunately, new studies are shedding light on the characteristics of dormant cancer cells. For example, our research, in collaboration with the BC Cancer Agency in Canada, has looked at the RNA produced by dormant and proliferating cancer cells. RNA is a very important molecule that carries the genetic information from DNA (the blueprint) to proteins (the cells’ workhorses).

We have shown that some small RNAs are specifically expressed by dormant cancer cells. Since these RNAs can be measured in urine and blood samples, we, and others, are trying to develop new diagnostic tools to detect these molecules. If we are successful, we will be able to develop blood or urine-based diagnostic kits that will help doctors identify dormant tumours before they become too big to effectively treat.

Once dormant cancer cells have been identified, they need to be eliminated. Unfortunately, since these cancer cells are metabolically inactive, they are less likely to be killed by conventional chemotherapy, so targeting them is difficult. Difficult, but hopefully not impossible.