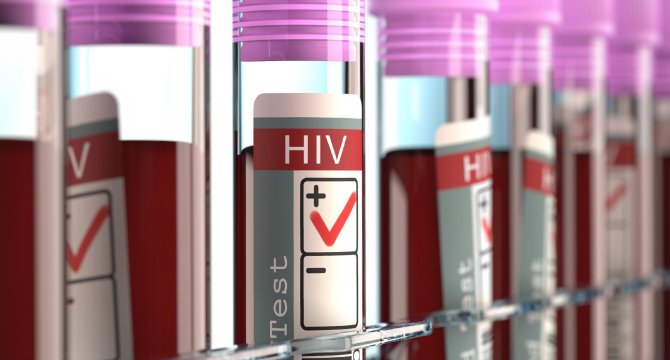 People with HIV are more likely than people without the virus to have high blood pressure, in part because of treatments and repercussions of the condition itself, a new review of research shows.

Learning more about the underlying mechanisms of high blood pressure in people with HIV is critical in preventing one of the leading conditions that can cause premature cardiovascular disease in those adults, the researchers said. The implications are important in a population that has seen the rate of people dying from heart disease and stroke skyrocket over the last decade.

“I think that we really need to pay special attention to this population,” said Dr. Sasha Fahme, the study’s lead author and a global health research fellow at Weill Cornell Medical College in New York. “Now that people [with HIV] are living longer, we are seeing the non-infectious consequences of HIV, and hypertension is one of them.”

In the Weill Cornell Medicine-led research review, published Friday in the American Heart Association journal Hypertension, Fahme and her colleagues included 24 medical articles published between 2005 and 2017 that looked at high blood pressure among adults with HIV and those who didn’t have the virus. The study populations included the United States, Tanzania, Italy, China, Brazil and other countries.

The analysis centered on vascular inflammation, intestinal problems, high cholesterol, HIV-related kidney disease and other conditions present with HIV that appear to be strongly linked to high blood pressure.

Because their immune system is constantly active, people with HIV have chronic inflammation in their arteries, which may make them stiff and enlarged, said Fahme, whose research includes high blood pressure in HIV patients in Tanzania.

In addition, antiretroviral medications appear to trigger conditions that lead to inflammation. Yet people who have been able to suppress the virus to the point where doctors can’t detect it also suffer from inflammation, Fahme said.

And chronic inflammation also may be linked to gut bacteria, the scientists said in their review.

Research has shown HIV attacks cells in the intestinal wall, creating holes in the lining that allow bacteria to get through it, Fahme and her colleagues said in their article. That possibly creates “a complex relationship between hypertension, the gut microbiome and immune activation.”

A kidney condition linked to high blood pressure appears to be four times greater in people with HIV—and also may be linked to chronic inflammation, according to the new study. People with HIV appear to have much higher rates of the condition characterized by high levels of a protein found in urine.

Studies also suggest HIV-related high cholesterol may lead to high blood pressure. In turn, the researchers in the new study say lipid disorders in people with HIV may be linked to low levels of hormones that regulate blood sugar and break down fat. The different kinds of cholesterol and other fats in the blood are called lipids.

Dr. Lance Okeke, an infectious disease doctor who treats HIV patients in Durham, North Carolina, said the new study is a comprehensive review and an important addition to the existing literature because it aims to understand why people with the virus have risk factors for heart disease and stroke.

The analysis suggests mechanisms in the immune system are strongly linked to high blood pressure, said Okeke, a researcher at Duke University School of Medicine, who was not involved in the new research. “I think that the theme that stood out was potentially using HIV as a platform, as a model to study hypertension overall.”

The results are “hopeful because we actually do have relatively blunt but effective tools for [treating] chronic inflammation and immune activation,” he said. Okeke was the lead author of a recent study that found the rate of new high blood pressure diagnoses in people with HIV increased between 1996 and 2013.

To successfully stave off heart disease and stroke in patients with HIV, Okeke’s study said it was important for doctors to diagnose HIV early and to aggressively treat high blood pressure and other conditions that may lead to cardiovascular disease.