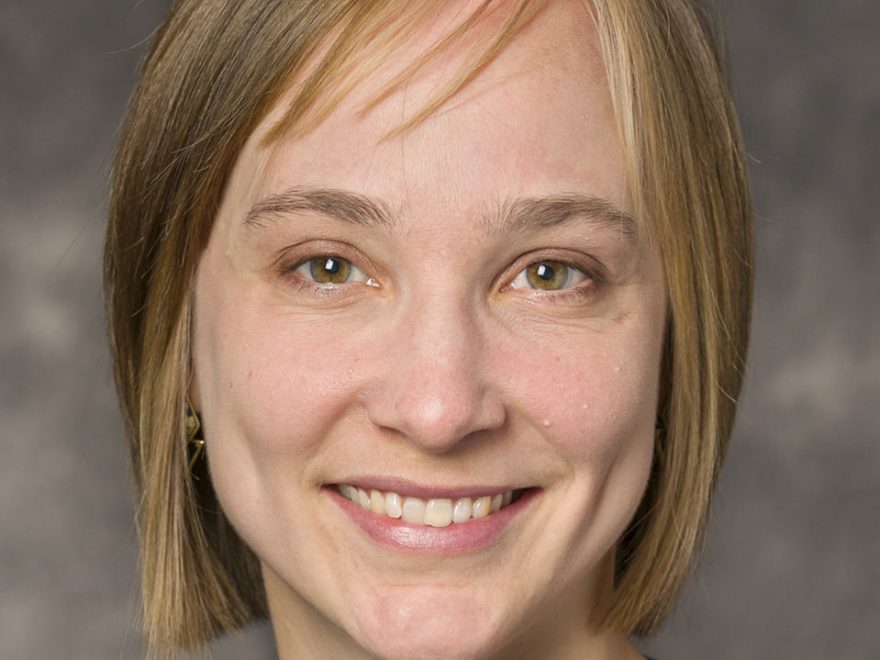 Across the world, over 200 million cases of malaria and nearly 500,000 deaths from the disease occur annually—more than 90 percent of which happen in Africa. Children in Africa can be diagnosed with malaria two or three times a year, a rate that decreases as they become older and develop immunity. But the way children generate and maintain this immunity remains a mystery.

Dobbs, who is also an instructor of pediatrics at Case Western Reserve University School of Medicine, and a pediatric infectious disease specialist at University Hospitals Rainbow Babies & Children’s Hospital, received a five-year K23 career development grant from the National Institutes of Health for the project.

Using blood samples, she will study epigenetic regulation of monocyte functions in Kenyan children diagnosed with malaria (and a control group without the disease) and then, two weeks, six weeks, and six months following treatment. Monocytes are white blood cells (leukocytes) formed in bone marrow and in the spleen that eradicate certain types of viruses and bacteria, defending the body against infection. Epigenetics refers to biological mechanisms that switch genes, including those of monocytes, on and off.

“Compared with adults, adolescents, and older children, young children are susceptible to more frequent symptomatic infections and severe disease,” said Dobbs. “This implies the presence of age-related, naturally-acquired immunity to clinical malaria. How this immunity is generated and maintained is poorly understood. My goal is to gain a better understanding of the epigenetic control mechanisms that regulate monocyte functions, which could help us further realize how immunity to malaria grows over time. This will guide the types of treatment we can provide.”

The project will focus on changes in the monocyte epigenome known as DNA methylation. This is a process by which methyl groups are added to the DNA molecule, silencing genes. Dobbs will seek to determine if methylation has occurred in cases of malaria, helping establish which genes are expressed and which are shut off during and after disease. She’ll also be examining changes in proteins called histones, which may also affect gene expression in monocytes during acute malaria in children, and on the molecular mechanisms that lead to impaired monocyte phagocytic function during acute malaria. Monocytes are precursors to macrophages (“large eaters”), which surround and digest cellular invaders, including the Plasmodium parasite that multiplies in red blood cells and that causes malaria. The parasite is transmitted by bites from infected female Anopheles mosquitoes in many tropical and subtropical regions of the world.