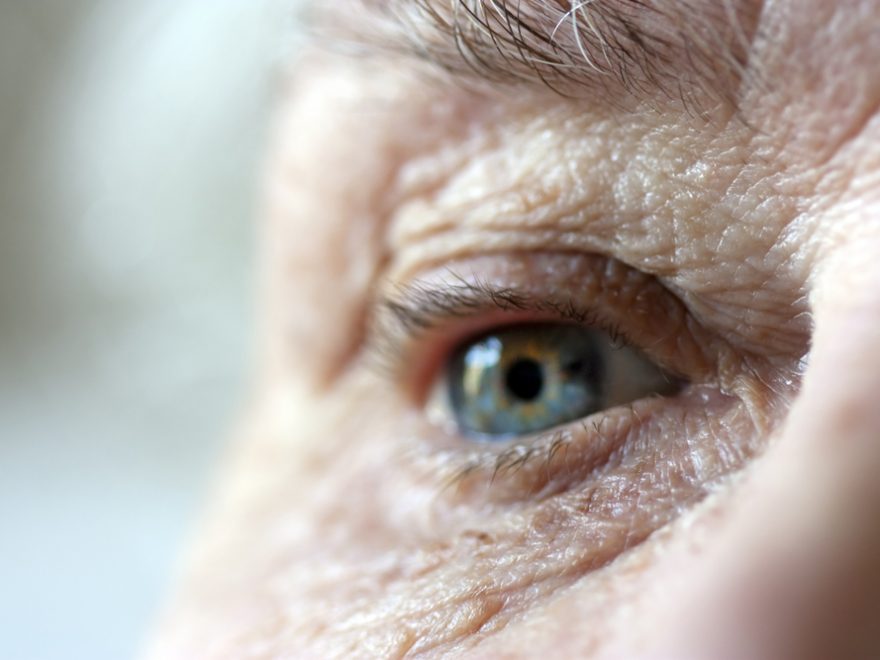 If you’re over 50 years old and have blurry or wavy vision and/or a blind spot in the center of your vision, you may have Age-Related Macular Degeneration.

The good news is it’s painless. The bad news, AMD is kind of a pain to deal with because it affects your sharpest central vision.

“AMD damages the central part of the retina called the macula, which is what we use to see straight ahead and read,” says Dr. David M. Rubaltelli, M.D. and assistant professor in the Department of Ophthalmology at Montefiore Medical Center.

There are two types of AMD: Dry and wet. “The dry form typically progresses slowly and in some patients vision loss does not develop for a long time,” says Dr. Rubaltelli. “The wet kind progresses much more rapidly and often leads to significant vision loss over a short period of time.”

Most AMD starts as the dry type, says Dr. Robin N. Ginsburg, M.D., assistant professor in the Department of Ophthalmology, Mount Sinai Health System. “In 10-20 percent of individuals, it progresses to the wet type.”

According to the National Institutes of Health (NIH), wet AMD occurs “when abnormal blood vessels behind the retina start to grow under the macula.” These blood vessels tend to be fragile and often leak blood and fluid. An early symptom of wet AMD is that straight lines appear wavy.

Dry AMD occurs, NIH says, when the light-sensitive cells in the macula slowly break down, blurring central vision in the affected eye. The most common symptoms of dry AMD are slightly blurred vision, difficulty recognizing faces, and needing more light for reading and other tasks. Generally, dry AMD affects both eyes, but sometimes it can be in just one eye. Another early sign of dry AMD is drusen, or yellow deposits under the retina.

A positive family history for AMD has been shown to increase risk, says Dr. Rubaltelli. Despite this, genetic testing is not widely used because the results don’t affect treatment. Dr. Ginsburg recommends getting a comprehensive dilated eye exam yearly after the age of 50 if there’s a family history.

Dr. Reed calls AMD the leading cause of blindness in older adults. Dr. Ginsburg says the number of people living with any form of AMD is similar to that of those who have been diagnosed with all types of invasive cancers. Indeed, she says, “as many as 11 million people in the United States have some form of AMD. This number is expected to double by 2050.”

A comprehensive eye exam that includes a visual acuity test, dilated eye exam, and tonometry (an instrument used to measure pressure inside the eye) helps detect AMD, according to the NIH.

Ophthalmologists may use a couple other tests to learn more about the structure and health of your eye. You may be asked to look at an Amsler grid while covering an eye and staring at a black dot in the center to determine whether the lines are straight, wavy, or even missing. Or there’s a fluorescein angiogram, in which a dye is injected into the arm. As the dye goes through the blood vessels in the eye, pictures are taken to help identify leaking blood vessels.

Dr. Reed has new technology – FDA approved last April — at NSU to help with early diagnosis. Called AdaptDX, it uses a small flash of light to temporarily “bleach” the portion of the retina that’s most commonly affected by AMD. It’s completely painless and less intense than a camera flash, but for a few seconds the patient sees spots that disappear quickly. The instrument measures how long it takes for these “spots” to disappear, and the patient pushes a button each time she sees another target. This lets the machine know how quickly she’s recovering. “People with AMD have much longer recovery times than people with healthy eyes,” says Dr. Reed. “This happens much earlier – perhaps as many as four years earlier – than any signs of AMD can be seen with traditional examination techniques.”

Early detection is essential, says Dr. Reed. “The sooner someone is diagnosed, the sooner we can begin intervention.” Currently, there’s no cure, but nutrition and supplements have been shown to reduce the risk of vision loss.

Nutrients that are critical are vitamins C and E, zinc, lutein, and zeaxanthin, says Dr. Reed. High quality supplements are the best way to get the vitamin boost, but Dr. Reed cautions “the bargain multivitamin likely contains very small amounts of these important nutrients, so read the labels carefully.” Recommended levels are 10 mg of lutein, 2 mg of zeaxanthin, 500 mg of vitamin C, 400 IU of naturally sourced vitamin E, and at least 25 mg of zinc.

Dr. Rubaltelli reports that there’s a potential treatment for dry AMD, which uses a fast laser to reduce drusen. Time will tell whether small-scale results will help a larger group of patients.

In the meantime, because dry AMD currently has no treatment, the goal is to delay the disease’s progression as well as reduce the chances that it becomes the wet form, says Dr. Rubaltelli. Right now, there are clinical trials involving new drugs and stem cell therapies.

Temporary treatments for wet AMD include eye injections, laser surgery and photodynamic therapy, which consists of a drug injected into the arm and then having a light shone into the eye for 90 seconds to activate the drug.

If any changes in vision occur, get evaluated quickly. Starting proper medical treatment may save your sight. “Although some vision loss from AMD is irreversible, effective treatments may slow down progression or in some cases reverse vision deterioration,” says Dr. Ginsburg.