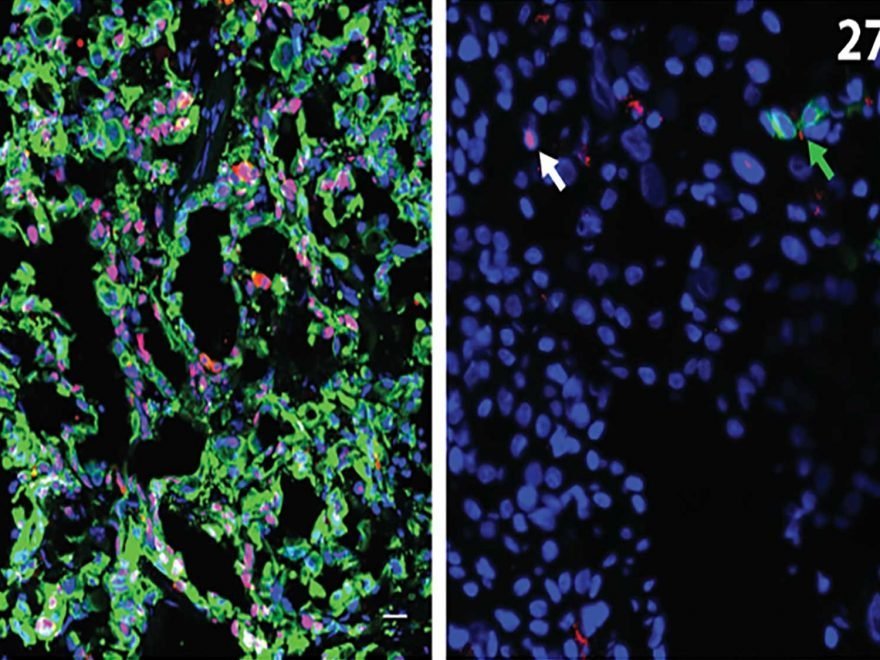 Scientists at Cold Spring Harbor Laboratory (CSHL) have solved a mystery about how pancreatic cancer spreads following surgery in patients whose tumor is successfully removed. After surgery, patients’ typically experience a two-week period during which their immune system is depleted as a result of a surge in post-operative stress hormone (cortisol) levels. With killer T-cell levels sagging, isolated, dormant cancer cells that have already traveled to the liver and possibly other organs via the bloodstream begin to grow or metastasize.

This post-operative period, suggests CSHL Professor Douglas Fearon, “offers a window during which efforts might be made to keep cortisol levels down and T cells strong so the patient’s own immune system can kill the cancer cells that have made their way to other parts of the body but until this point have been dormant.”

Surgery is usually not an option for pancreas cancer patients, since most are diagnosed after the primary tumor has metastasized. This helps explain why only 8 percent of those diagnosed are still alive after 5 years. But doctors have been puzzled by the poor outcome in patients who should do better: the minority whose tumor seems confined to the pancreas at the time of diagnosis, and thus qualify for surgery. In many such patients, the liver, inspected during the operation, appears cancer-free. Yet within two years, most of these patients develop lethal metastatic cancer, often in the liver.

Today in Science a team led by Fearon and Dr. Arnaud Pommier in his lab, explains that dormant cancer cells are already in the liver well before patients have their primary tumor removed. They are likely carried there by the bloodstream, having been shed by the primary tumor. Fearon estimates that in a typical patient, 14 million cancer cells pass through the liver every day.