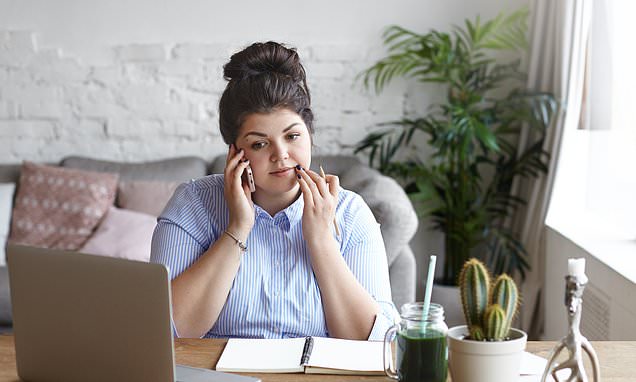 ‘I have to go the extra mile’: Overweight women are compensating for their ‘fatness’ at work amid fears colleagues will brand them lazy

Overweight women are having to put extra effort into their appearance at work in fear their colleagues will brand them lazy.

Researchers from The Netherlands quizzed 22 working women who identified as fat, full-figured or obese about how they felt at work.

They found curvier women are compensating for their colleagues pre-conceived thoughts of them by walking faster or boasting about their qualifications.

Utrecht University scientists noted pressure on fat employees has been exacerbated in recent years because of work initiatives to promote health. 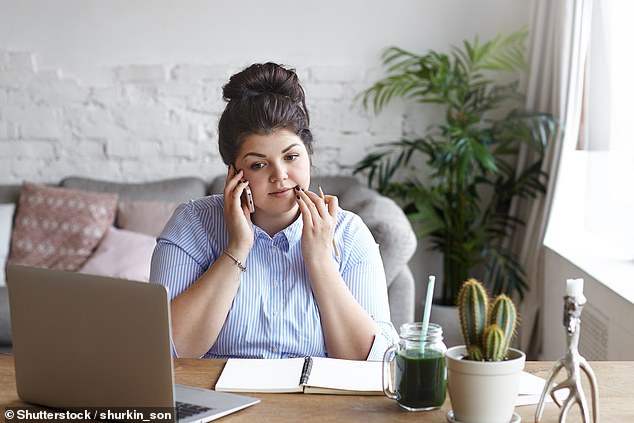 Women tend to compensate for their weight by sprucing up their appearance or perfecting their work in a bid to seem more professional and successful, researchers found

The survey of nearly two dozen women were published in the Scandinavian Journal of Management.

The researchers said they demonstrated how fat female employees engage in what they call ‘identity work’ to manage fat stigma.

Women tended to do this either by adjusting their appearance or behaviour in a bid to seem more professional and successful.

Men, on the other hand, according to the scientists, can find ways of constructing their weight as positive, indicating power or authority.

Participants often said they tried to look impeccable, while others said they purposely wore black to make themselves ‘less visible’.

A head principal at an elementary school revealed she wears a large bow tie to distract people from her ‘fat rolls’.

At the other end of the spectrum, some rebel and try to stand out from the crowd, with one saying she purposely dyes her hair red and wears cupcake dresses.

Fat people have ‘spotless makeup’, and spend more time at the beauticians because they weigh more, according to another participant.

‘For me it is really important to look well-groomed, because I will get judged sooner than someone else’, said Lisa, an elderly caregiver.

To avoid being seen as lazy or stupid, fuller-figured women made continuous efforts to show their intelligence, the researchers said.

It fuels one woman’s perfectionism, and even apparently increases her work load. She said: ‘I often feel like I’m not being taken seriously, and therefore I have to go the extra mile.’

One woman, who works as a postdoctoral researcher, is so worried about being seen as cleaner that she wears a badge with her title at all times.

Fat women also have a tendency to use humour to ‘put everyone at ease’ or prevent awkward situations where hurtful comments could be said.

The researchers noted that there has been an increased pressure on fat employees to lose weight and be healthy, blurring the lines between private and work life.

This week, the Health Secretary Matt Hancock called on employers to act more on improving the health of their staff in a new government strategy.

He advised companies offer free fruit, bicycle loans and counselling to help keep employees health, in a hope to relieve pressure on the NHS.

Also this year, a government adviser suggested overweight workers should be allowed to start work later to avoid the rush hour crush.

In 2014, 62 per cent of adults in England were classified as overweight (a body mass index of 25 or above) or obese.

WHAT IS OBESITY? AND WHAT ARE ITS HEALTH RISKS?

Obesity is defined as an adult having a BMI of 30 or over.

A healthy person’s BMI – calculated by dividing weight in kg by height in metres, and the answer by the height again – is between 18.5 and 24.9.

Among children, obesity is defined as being in the 95th percentile.

Percentiles compare youngsters to others their same age.

For example, if a three-month-old is in the 40th percentile for weight, that means that 40 per cent of three-month-olds weigh the same or less than that baby.

The condition costs the NHS around £6.1 billion, out of its approximate £124.7 billion budget, every year.

This is due to obesity increasing a person’s risk of a number of life-threatening conditions.

Such conditions include type 2 diabetes, which can cause kidney disease, blindness and even limb amputations.

Research suggests that at least one in six hospital beds in the UK are taken up by a diabetes patient.

Obesity also raises the risk of heart disease, which kills 315,000 people every year in the UK – making it the number one cause of death.

Carrying dangerous amounts of weight has also been linked to 12 different cancers.

This includes breast, which affects one in eight women at some point in their lives.

Among children, research suggests that 70 per cent of obese youngsters have high blood pressure or raised cholesterol, which puts them at risk of heart disease.

And if children are overweight, their obesity in adulthood is often more severe.

As many as one in five children start school in the UK being overweight or obese, which rises to one in three by the time they turn 10.