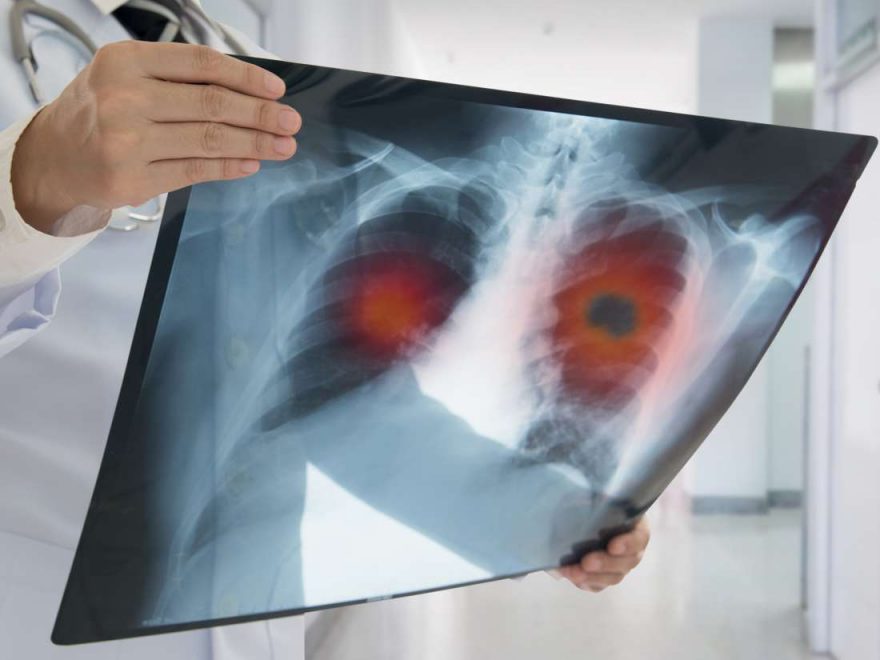 Affecting both men and women, lung cancer accounts for around 14 percent of all new cancer diagnoses.

Each year, more people die from lung cancer than they do from breast, prostate, and colon cancer combined.

One reason that the prognosis for lung cancer is so poor is that only around 20 percent of cases respond to immunotherapies. This is significantly lower than other cancers.

Researchers at Friedrich-Alexander-Universität Erlangen-Nürnberg (FAU) in Germany are trying to work out what it is about lung cancer that makes immune-based treatments so hit and miss.

Lead researcher Dr. Susetta Finotto, the head of the Department of Molecular Pneumology at FAU, puts it simply. “Sometimes the body’s immune system responds to lung cancer but sometimes it fails, letting the cancer take over.”

Finding out why this is the case is proving to be challenging, and Dr. Finotto has already published a number of papers on the topic. Her latest research was published this month in the journal OncoImmunology.

A successful immune response to a cancer cell depends on a huge number of signaling molecules working in synchrony. One important component of the response is a transcription factor called Tbet.

This protein encourages the production of other cells that are important in the fight against tumors, including group 1 T helper cells (Th1 cells) and CD8 T cells.

During Dr. Finotto’s earlier research, she discovered that lung tumors tend to grow back if there is no Tbet present in the immune cells, underlining Tbet’s importance.

For the next phase of her research, she joined forces with Drs. Denis Trufa and Horias Sirbu, both from the Department of Thoracic Surgery at FAU. This time, the focus was on another important immune modulator, known as Treg.

The importance of Treg

Although Treg is known to help reduce inflammation in the lungs, little is known about the part that it plays in lung carcinoma. However, earlier research has shown that Treg cells reduce the anti-tumor response in lung cells, thereby promoting tumor growth.

Dr. Finotto and her team found that lung tumors are able to “reprogram” the immune response to a tumor; they modulate the response by producing TGF-beta, a protein with a range of roles that includes the promotion of Treg cells. This has the effect of rolling back the immune attack on cancer cells.

“Precisely those Th1 cells with Tbet that are responsible for anti-tumor immune defense are the ones that are switched off,” as Dr. Finotto explains. “This newly identified TGF beta-dependent mechanism in lung cancer is very important for the regulation of tumor growth in the lung and offers new approaches for lung cancer therapy.”

The researchers hope that by intervening in this immune pathway, lung cancer patients’ survival rates might be improved.

They believe that by giving patients drugs that inhibit TGF alongside conventional immunotherapy, they might remove the Treg cell blockade that halts the immune response to the growing tumor.

The immune system’s interactions with cancer are complex and these discoveries are fairly recent, so it will be some time before human patients see the benefits of this new insight.