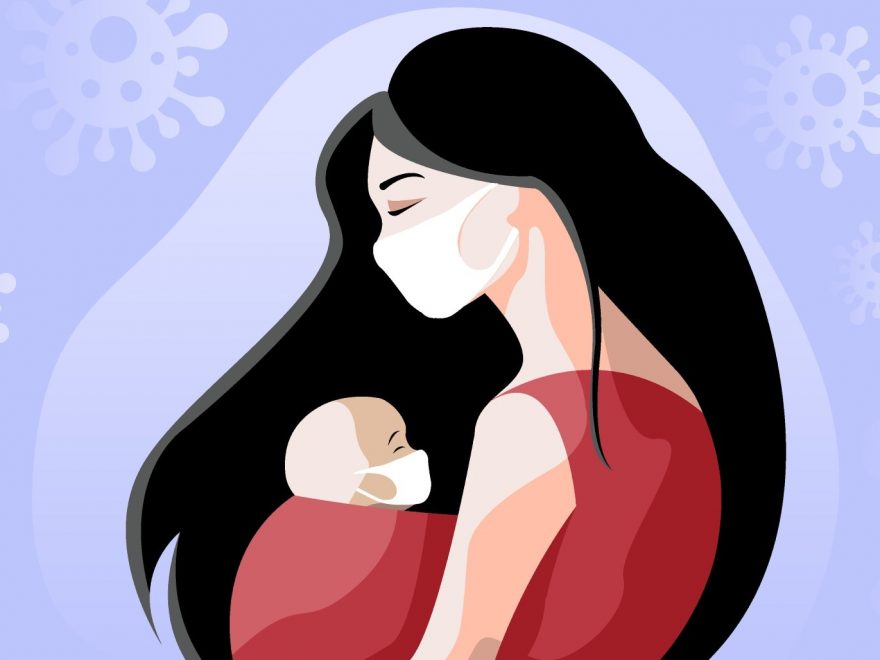 Severe acute respiratory syndrome coronavirus 2 (SARS-CoV-2) infections during pregnancy have been linked to poor pregnancy outcomes due to several direct and indirect COVID-19 effects on mother and infantile health. However, efforts for COVID-19 mitigation in a few high-income nations have shown lower preterm births, not due to higher rates of stillbirths and perinatal deaths.

In the present national register-based study, researchers investigated the indirect effects of the SARS-CoV-2 pandemic on mother and fetal health using surrogate markers of intrauterine conditions such as BW, small-for-gestational-age (SGA) or large-for-GA (LGA).

The study cohort comprised 27,870 lat-term (or GA week 37 to week 41) born singleton infants between 12 March and 14 April in a span of five years from 2015 to 2020, using DNSB (Danish neonatal screening biobank) data. The prime outcomes of the study were BW, SGA, and LGA, comparing the SARS-CoV-2 infection lockdown mitigation to the last five calendar years.

The team excluded births for which GA or BW data were either missing or contained registration errors. On comparing the term birth counts obtained in the present study to those in the Danish national patient registry and the medical birth registry, 3.6% of the term birth proportion was excluded from the analysis.

Linear regression modeling was used for data analysis to determine the associations between COVID-19 and BW. Multivariable logistic regression modeling was used to determine the associations between BW, SGA, LGA, birth period, gestation duration, and gender, and the adjusted odds ratios (aORs) were calculated.

BW was documented in grams, and the gestation duration was calculated from ultrasonography (USG)- determined predicated due dates. LGA and SGA were defined as BW >90th percentile and <10th percentile, respectively, weekly, for gender, per international standards.

The adjusted crude and average BW were significantly elevated by 26g and 17g during the SARS-CoV-2 infection lockdown period, respectively, and decreased in the early term birth period (between gestational week 37 and week 38) balanced by a subsequent increase during week 40 and week 41. A drop in average BW was found during the early-term birth period balanced by an increase in week 40 and week 41.

BW increase associated with birth during the SARS-CoV-2 infection lockdown was driven by a positive association with late-term births (during week 39 and week 41). There were no statistically significant temporal patterns in the rates of birth or sex ratios during the five-year study period; the lowest and highest female birth ratios were documented in 2016 and 2018, with values of 48% and 50%, respectively.

The number of births between week 40 and week 41 was 60% and significantly greater during the SARS-CoV-2 infection mitigation period compared to 58% during the last five calendar years. The finding was not due to the previous five-year trends since the distribution of gestational weeks was not associated significantly with birth years from 2015 to 2019.

The LGA infant proportions were increased for males and females in the initial SARS-CoV-2 infection mitigation period (the year 2020) compared to that in the last five calendar years (females: 29 % vs. 27 %, and males: 30% vs. 27%. The gestational week and sex aOR values for LGA infants were 1.1 during the SARS-CoV-2 infection mitigation period. Neither LGA nor SGA ORs showed any significant year-wise increases between 2015 and 2019.

Overall, the study findings showed that the national COVID-19 lockdown resulted in a small but significant BW and LGA infant proportion increase, driven by a BW increase between gestational week 40 and week 41. The average BW elevation consequences depend on whether the elevation occurred due to pathological mechanisms or due to beneficial factor alterations.

The increased LGA infant proportion during the SARS-CoV-2 infection mitigation period is worrisome since LGA can predispose to complications during delivery, neonatal hypoglycemia, metabolic syndromes, and obesity eventually in life. Therefore, LGA infant proportions must be carefully monitored during future mitigations.

Dr. based clinical-radiological diagnosis and management of oral lesions and conditions and associated maxillofacial disorders.