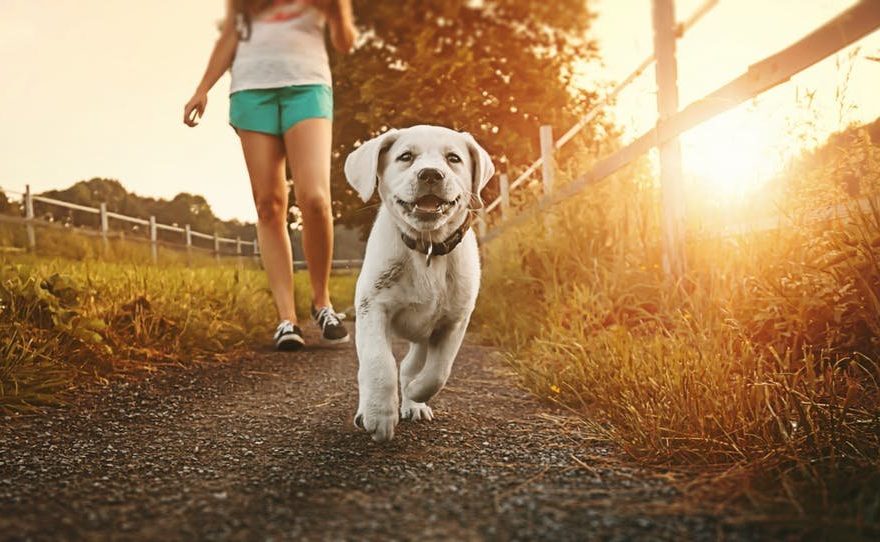 Dogs have been domesticated for more than 10,000 years. But it is only in the last 30 years of contemporary, convenience society that man’s best friend has taken on a new role – helping convert couch potatoes into active folk.

There has been a significant amount of curiosity from scientists on the relationship between dog ownership, physical activity and health. Studies have reported that dog owners have a 34% higher chance of meeting the 150 minutes exercise per week guideline set by the World Health Organisation, and that they are 69% more likely to do any physical activity than non-owners. In 2017, results of a 12-year study of nearly 3.5m people in Sweden found that owning a dog resulted in a 33% lower risk of death if living alone, and 10-15% if living in a multi-person household. Dog ownership was also associated with lower risk of cardiovascular diseases for people living in single-person households, and lower overall mortality across the general population.

But when it comes to children, dog walking doesn’t appear to show similar benefits for fitness and obesity. Our study has showed that children who live with, or walk with, dogs are no fitter or less likely to be obese than those who do not. We concluded that either the amount or the intensity of physical activity when dog walking was insufficient to promote fitness in children.

So why encourage children to walk the dog and also give them some exercise, then, if there is seemingly no immediate benefit? While changes in fitness may be difficult to achieve, the more important point is that taking on a new activity promotes the adoption of positive health behaviours. One of the key challenges to promoting physical activity for all ages is changing dominant inactive behaviours, such as time spent sitting, TV watching, and choosing motorised over active types of transport. Dog ownership brings with it certain responsibilities such as providing regular exercise. As with humans, dogs are creatures of habit, so recurrent dog walking instils a regular active behaviour in owners as well as their dogs.

Dog training does more than just change a dog’s behaviour, it can change human behaviour as well. Likewise, when the dog leash comes out, the dog “expects” to go for a walk. Consistent repetition of this behaviour ends with daily walks which results in healthy activity for both dog and owner. In addition to behaviour change there are other psychosocial factors that affect the frequency of dog walking too. A pet can strongly motivate feelings of wellness, and so promote a happy, fulfilled and balanced lifestyle.

But, even given these psychological benefits, a slow stroll with a dog is not necessarily enough to boost human health, which is why our research group decided to look at the intensity of walks as well as duration, and their effect on child fitness.

For our Children and Pets Exercising Together project, we combined data from the Liverpool Sportslinx study – which involved 80,000 young people over the age of 16 – with more than 50 measures of physical fitness and lifestyle that we collected from children aged between nine and 12-years-old. To investigate the relationship between dog ownership and these measures, we also sent out questionnaires.

We found that between 20% and 40% of adult and children’s respective time walking with a dog was moderate to vigorous physical activity. In terms of frequency, research has already shown that the median number of dog walks a week that people do are far fewer than expected – just four per week. In our study, we found that one in seven children walked several times a week with a dog, but total walking time per week was no different to children who did not walk dogs. However, walking intensity with a dog was higher than without.

Additional factors can come into play, however. The intensity of walking seems to be related to the breed of dog – more active dogs such as greyhounds, beagles, spaniels and collies help boost pace. And the relationship between dog and owner. Whether the dog is in a single-person household affects walking intensity too. Owners who live on their own with a dog are solely responsible for its exercise and so are more active themselves.