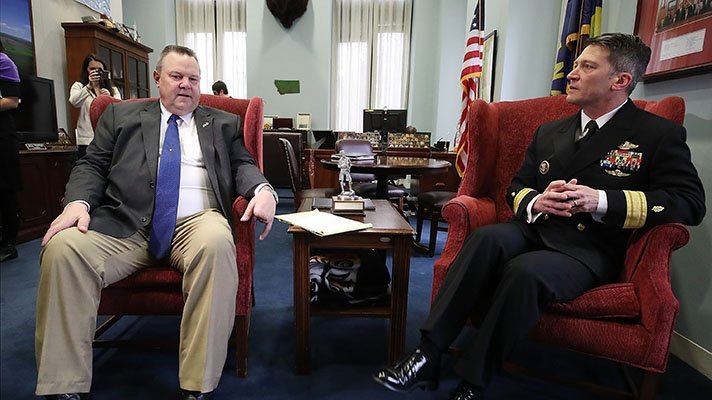 “Going into this process, I expected tough questions about how to best care for our veterans. But I did not expect to have to dignify baseless and anonymous attacks on my character and integrity,” Jackson said in a statement released by the White House.

Jackson said he withdrew his nomination as it’s “become a distraction for this president.”

President Trump told Fox and Friends this morning that Jackson’s withdrawal was expected: “I even told him a day or two ago, I saw where this was going.”

The administration’s pick to lead the second largest federal agency has been fraught with doubts over his capability to run an agency of its size. But the allegations claimed he fostered a hostile work environment and behaved improperly while leading the White House medical unit added another level of concern.

His confirmation hearing, scheduled for Wednesday, was postponed as a result.

Those allegations ranged from providing a “large supply” of opioids to a White House Military Office member, from crashing a government car after a Secret Service going away party. All of which Jackson denied.

“The allegations against me are completely false and fabricated,” Jackson said. “If they had any merit, I would not have been selected, promoted and entrusted to serve in such a sensitive and important role as physician to three presidents over the past 12 years.”

Trump blamed Tester for Jackson’s withdrawal and said on Fox that Tester would “have a big price to pay in Montana.”

The President said he’s already found another nominee for VA Secretary, “somebody with political capability.”

Meanwhile, the VA is being run by Department of Defense Undersecretary of Defense for Personnel and Readiness Robert Wilkie — and VA’s ongoing plans to modernize IT infrastructure, which include rolling out a new EHR from Cerner, remain on hold.