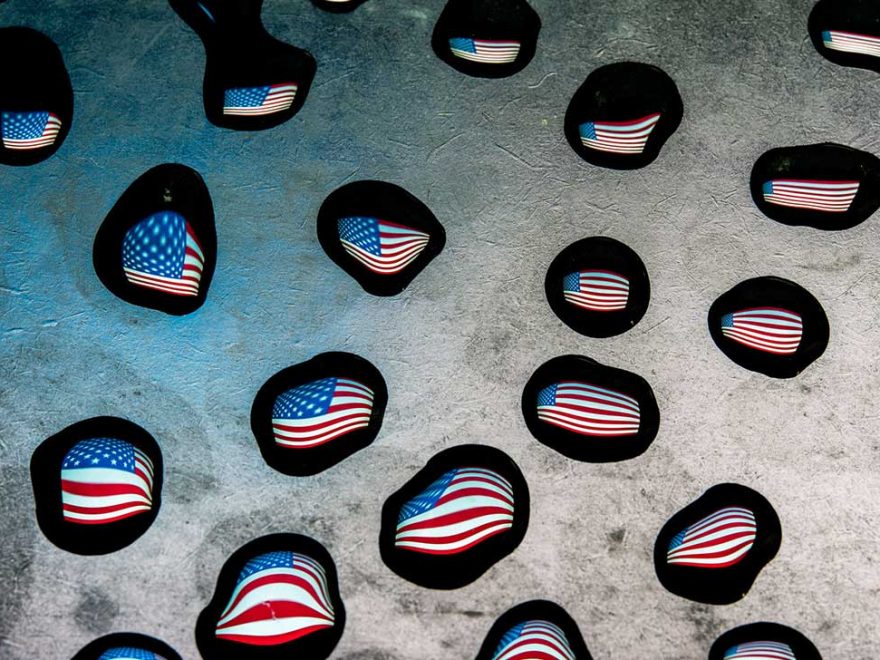 Loneliness in the United States is on the rise, but psychologists believe we can reverse that trend by taking a few simple steps. 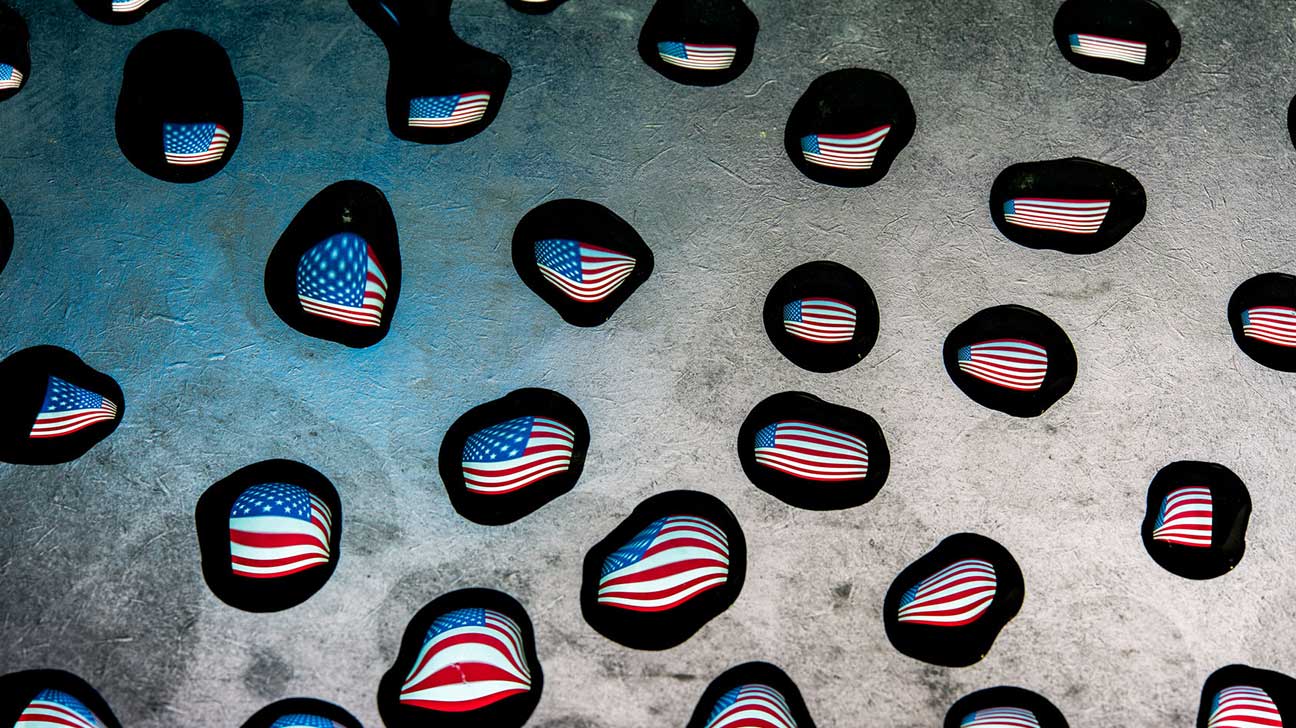 If you live in the United States and are feeling alone or unhappy, you’re not the only one.

A recent survey conducted by Cigna and Ipsos, a market research firm, found that 46 percent of Americans surveyed felt alone some or all of the time. The feelings were most prevalent among younger people, especially those 18 to 22 years old.

The survey’s findings are concerning, given that feeling cut off from others can have effects that reach far beyond our social calendars.

“Loneliness has all sorts of adverse consequences, both in terms of your psychological health and your physical health,” said Tim Bono, PhD, a psychologist at Washington University in St. Louis and the author of “When Likes Aren’t Enough: A Crash Course in the Science of Happiness.”

Research shows that loneliness is linked to an increased risk of chronic diseases and dementia, and even higher mortality rates.

Dr. Soroya Bacchus, a board-certified psychiatrist in Santa Monica, California, said that while the high rate of loneliness concerns her, she’s not at all surprised, mainly because of the country’s priorities.

“It’s amazing how little stock we put in our mental health and our ability to connect with other people,” said Bacchus. “In fact, everything in our culture is geared to just the opposite.”

Though it may be the first thing many people blame for the rising rates of loneliness, the Cigna survey didn’t find a connection between social media use and loneliness. So, the technology may not directly be to blame for our loneliness. But it’s not preventing it either.

Regardless of the amount of time kids spend being connected online, Bacchus thinks they aren’t learning enough real-world social skills.

“We do very little, in terms of teaching social skills to our children,” she said. “We actually make them more anxious about their social abilities.”

While some schools may touch on “soft” skills like emotional intelligence, compassion, or mindfulness, most are focused on the usual — reading, writing, mathematics, and standardized testing.

“We spend time with everything else, to the point that it’s become a detriment,” said Bacchus. “We have people who are awkward, who are socially isolated, and who feel socially phobic.”

“We don’t let our children just take time to sit with themselves and learn how to be social,” said Bacchus. “Social skills are probably the most important things we should be learning, and it’s exactly what we don’t teach.”

In 2017, only one-third of Americans reported being happy, according to The Harris Poll’s Survey of American Happiness, as reported by Time.

Men and women in high-income households were among the happiest, as were people with a high school diploma or less. Republicans were also happier than Democrats.

Happier people tend to be healthier, and a 2017 review of previous research highlighted the connection.

The study’s lead author, Edward Diener, PhD, who’s also a professor of social psychology at the University of Utah, told Time that the review confirmed with “almost no doubt” that happiness can influence health.

It’s not clear yet exactly how, but researchers suggest happy people may be more likely to choose healthy behaviors — such as eating well, exercising, and getting enough sleep — over unhealthy ones.

Happiness can also boost the cardiovascular and immune systems.

Is being happier achievable?

In the past, many people assumed happiness was genetic — some of us are just born happier than others.

This is only partially true.

Sonja Lyubomirsky, PhD, a psychologist at the University of California, Riverside writes that genetics account for only about 50 percent of the happiness variation in a population.

Another 10 percent is determined by an individual’s particular circumstances — such as career, housing, income, friends, family, and marital status.

The other 40 percent is due to what Lyubomirsky called “intentional activities.” These are behaviors people use to become happier.

Bono pointed out that the last word of that sentence is a crucial one.

“Don’t go through life trying to be ‘happy,’” said Bono. “Much better is to say ‘How can I be happier?’”

According to Bono, it’s equally important for a person to not allow their circumstances to determine their level of happiness.

Often when people think about their goals, they also place conditions on their happiness — believing they’ll only be happy when they achieve success in their career, find that special relationship partner, or hit a certain salary mark.

“What the research is showing us is that we’ve kind of been reversing the order,” said Bono. “We have evidence now to suggest that happiness actually precedes those outcomes.”

So how does a person become happier?

“Things like gratitude, exercise, meditation, pro-social behavior, or spending time with other people. Those are the small daily things that we can do that seem to reliably increase happiness,” Bono said.

Research shows that these can work, although they may not work for everyone. Bono writes in his book that it’s important for people to find strategies that fit them and their lifestyle.

He also points out that the goal of these activities isn’t to be happy all the time. Both bad and good things happen. The key is finding balance.

In his book, Bono also talks about two factors that affect our happiness — “what we have” and “what we want.”

Happiness can be boosted by increasing what a person has. However, the effect of “getting” tends to be short-lived.

If a person buys a new smartphone, they might come home overjoyed. But once they’ve “adapted to their new circumstance, that new phone may no longer boost their happiness.”

It’s the same with other life changes, like starting a new job, getting accepted to college, or marrying the love of one’s life. Eventually, the honeymoon phase — literally and figuratively — ends.

Another route to happiness Bono outlines can be traveled by shifting expectations. This doesn’t mean having needlessly low expectations or expecting bad things to happen. Instead, it’s about focusing on the good things that a person already has in their life, such as friends, a steady job, a roof over their head, or their health.

In other words, it’s about gratitude.

“It’s important to have a sense of optimism,” said Bono. “But we need to make sure that we are not getting so caught up with what other people have and wishing our lives were a particular way.”

Technology — especially screen time and social media — is often blamed for contributing to our bad moods and poor mental health, but with good reason.

A study earlier this year found that teens who spent more time on their devices had “lower psychological well-being.”

However, the authors of the study didn’t believe the solution was zero screen time. Instead, they believed the key to digital media use and happiness is “limited use.”

Bono said it’s not how much time we spend on screens that matters, but rather, how we actually use that time.

“We know that for most people, especially young adults, the vast majority of screen time is spent on social media websites,” said Bono, pointing out how easy it can be for people to get caught up with what everyone else is doing and what they have. “We then automatically make comparisons to our own lives. That form of social comparison is really one of the fundamental barriers to a sense of happiness.”

Nevertheless, the internet isn’t solely to blame for this. After all, social comparisons hindered our happiness long before social media existed.

But now it’s a lot easier. We have 24-hour access to the updates of our friends and family — what Bono calls “their own personal highlight reel of all the amazing things that they want to communicate to everyone around them.”

Bacchus thinks technology has disconnected us in the real world, even as we’re more digitally connected.

“What we’re seeing in our society today is a disruption in the social fabric,” said Bacchus. “We’re all in our little bubbles and nobody knows how to communicate outside of it or even feels comfortable doing it.”

“When we work or play alone in our online bubble, or vacuum, we may be ‘socially’ connected — but the vacuum isn’t expanding the experience, it’s narrowing it.”

Bacchus suggests the long-term solution of bursting our bubbles. This includes sitting down with people face-to-face rather than virtually, and traveling and having experiences that can’t happen on a tiny screen. “You have to challenge that bubble mentality and get out and do something that’s a little different,” Bacchus advised.

For people with social anxiety, this might mean counseling to help them take those first steps.

For others, it may mean simply making the effort to schedule more screen-free time and resisting the urge to check digital devices during social events — making a more conscious choice to be present with friends and family.

“If we had only one piece of data that we could use to predict the happiness of an individual, it would be the strength of their social connections,” Bono said.

Bacchus agrees, saying, “Everything we do should be geared to our social functioning — how we live, who we love, the friends we have, feeling engaged, and being passionate about our career.”