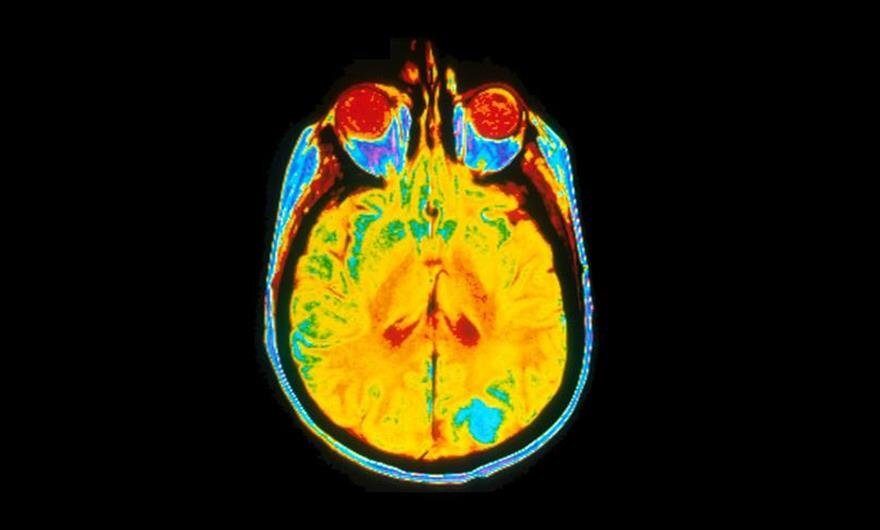 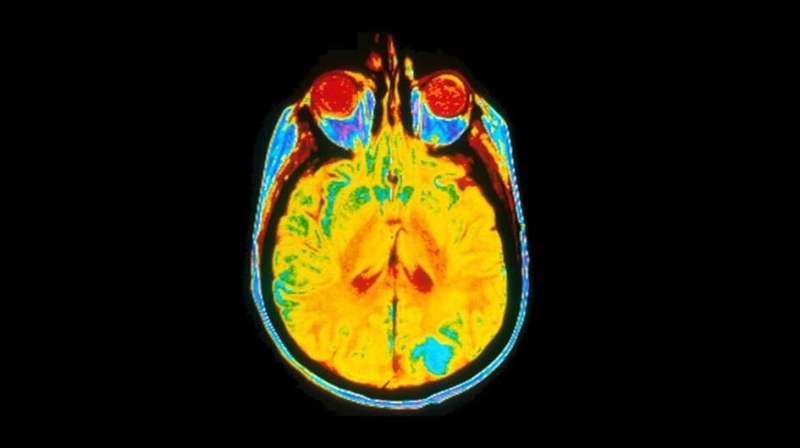 A type of ultrasound scan can detect cancer tissue left behind after a brain tumor is removed more sensitively than surgeons, and could improve the outcome from operations, a new study suggests.

The new ultrasound technique, called shear wave elastography, could be used during brain surgery to detect residual cancerous tissue, allowing surgeons to remove as much as possible.

Researchers believe that the new type of scan, which is much faster to carry out and more affordable than ‘gold standard’ MRI scans, has the potential to reduce a patient’s risk of relapse by cutting the chances that a tumor will grow back.

A multi-institutional team led by The Institute of Cancer Research, London, and the National Hospital for Neurology and Neurosurgery, London, compared three different techniques to detect tumor tissue during surgery—shear wave scans, a standard 2-D ultrasound, and a surgeon’s opinion—in 26 patients.

The research was conducted in collaboration with clinicians from The Royal London Hospital and University Hospital Southampton.

Researchers performed shear wave scans and 2-D ultrasounds during the operation—before, during and after tumor removal. The researchers also asked surgeons to identify potentially cancerous tissue before providing them with scan findings. The team then compared all techniques with gold-standard MRI scans after surgery.

The study is published in the journal Frontiers in Oncology and was funded by the Royal Free Charity and the Engineering and Physical Sciences Research Council, part of UKRI. It found that shear wave elastography was more sensitive in detecting residual tumor tissue than a standard ultrasound or the surgeon alone.

However, shear wave scans detected tumor tissue with only 77 percent specificity—better than the 63 percent for standard ultrasound but less good than the 100 percent for surgeons.

That means that the new technique could yield more ‘false positives’ than surgeons—and for that reason the researchers believe it would be best used in combination with a surgeon’s opinion.

Shear wave elastography measures tissues’ stiffness and stretchiness. Vibrations or ‘shear waves’ are created and detected as they move through tissue—moving faster through stiffer tissue.

Creating a map of stiffness

Brain tumors tend, on average, to be stiffer than normal brain tissue and the technique works by mapping suspicious areas of particular stiffness, which can then be examined and removed during surgery.

Patient outcomes from brain tumor surgery are known to be better when as much of the tumor as possible is removed. In order to make sure that none of the resectable tumor is left behind, neurosurgeons use tools to guide them during surgery.

But although MRI scans are the most accurate, their use during surgery is not normally an option—as they are costly, not normally available in operating theaters and would increase the duration of surgery by almost two hours.

Shear wave scans were shown to be as good as post-surgery MRIs at detecting tumor tissue that had been left behind—making them a cheaper, faster and more feasible alternative. The study is the first to demonstrate the potential of shear wave elastography as a neurosurgical tool to confirm during surgery the completeness of tumor removal—although the benefits of the technique will now need to be confirmed in larger studies before it can be recommended as standard practice.

“A means of improving outcomes from operations’

Study leader Professor Jeffrey Bamber, professor in physics applied to medicine at The Institute of Cancer Research, London, said, “Ensuring all of a brain tumor is removed without damaging healthy tissue is a major challenge in brain surgery. Using this new type of scan, surgeons could greatly increase confidence that no cancerous tissue is going to be left behind after surgery.

“Shear wave scanning can quickly and affordably map the stiffness of brain and tumor tissue in patients during surgery. Tumor tissue tends to have a different stiffness from that of surrounding healthy brain tissue and can be located and removed.

“We have shown for the first time that this new tool is better than either a standard 2-D ultrasound or a surgeon’s judgment on its own—and has the potential to supplement a surgeon’s opinion as a means of improving outcomes from operations.”

Professor Kevin Harrington, head of the Division of Radiotherapy and Imaging at The Institute of Cancer Research, London, said, “Imaging plays a crucial role in many aspects of cancer treatment, in providing valuable information about tumors and ensuring doctors don’t have to make decisions blind. This new study has shown for the first time that a particular type of ultrasound scan could provide real-time guidance to brain surgeons during operations as they choose which tissue to remove. It’s an exciting area of research which has the potential to improve outcomes for patients by ensuring surgeons take out the entire tumor while minimizing damage to the healthy brain.”

Mr Neil Dorward, consultant neurosurgeon and co-researcher at the National Hospital for Neurology and Neurosurgery said, “This technique provides a very practical means of detecting areas of potentially removable tumor that are not readily visible to the operating surgeon. The surgeon must use his or her experience to decide whether the area of abnormality should be resected. This has the potential to substantially improve the outcome of such operations.”

Dagmar Krafft, 54, who was not involved in the study, was diagnosed with brain cancer in 2013 after suffering a seizure. She said, “I was diagnosed with brain cancer completely out of the blue. I was at an orchestral rehearsal—where I play as an amateur violinist—when I had a seizure and was rushed to hospital. The team there took really good care of me, and I had radiotherapy to reduce the tumor size which, thankfully, was successful. After the radiotherapy finished, I was kept under regular surveillance, but otherwise life was pretty much back to normal.