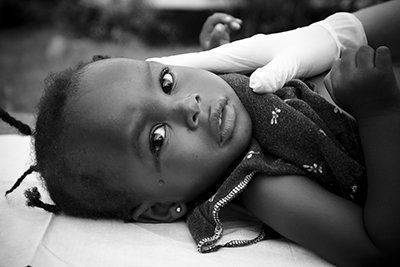 While household air pollution from solid fuel stoves has previously been associated with child mortality, this is the first study to investigate the association between household air pollution and lung development beginning in utero and to identify the most harmful times during pregnancy for exposure to this pollution. The study was presented at the 2018 American Thoracic Society International Conference.

Approximately 40 percent of the world’s population burn solid fuels, such as coal and wood, to meet their cooking and heating needs. These fuels are typically used in combustion cookstoves that burn their fuel inefficiently, leading to the release of numerous airborne pollutants.

“Our research suggests that children, especially girls, born to mothers with increased household air pollution exposures during pregnancy have impaired lung function measurable at birth,” said lead author Alison Lee, MD, MS, of the Icahn School of Medicine at Mount Sinai, New York, New York. “Exposures during the second and third trimesters appear to have the largest impact. These findings have implications for future respiratory health.”

The GRAPHS study group recruited Ghanaian women during early pregnancy, and randomized them to one of three groups: two cookstove interventions and one control group. The control group used a three-stone fire, the traditional means of cooking in Ghana; intervention group one was given BioLite Stoves, improved combustion efficiency biomass stoves; and intervention group two was given LPG gas stoves, similar to those used in the U.S.

“Households were given the intervention stove, but in some cases preferentially or simultaneously used their three-stone fire,” Dr. Lee said. “Because our analyses looked at the effect of in utero CO exposures and not the source, this was not a problem, and we were still able to gather the data we needed.”

Four 72-hour CO measurements were taken for each study participant, and calculated to estimate weekly CO exposures. Four hundred of the women’s infant children were then given lung function tests one month after their birth. The researchers applied statistical models to estimate the association between average lung function and in utero CO exposure. These models were adjusted statistically to rule out variables that may have affected results such as birth weight and gestational age at birth.

Dr. Lee and colleagues found a significant association between increased prenatal CO exposure and decreased lung function. Infants whose mothers were exposed to CO in the second and third trimester were at highest risk for reduced lung function when they were tested at the age of one month.