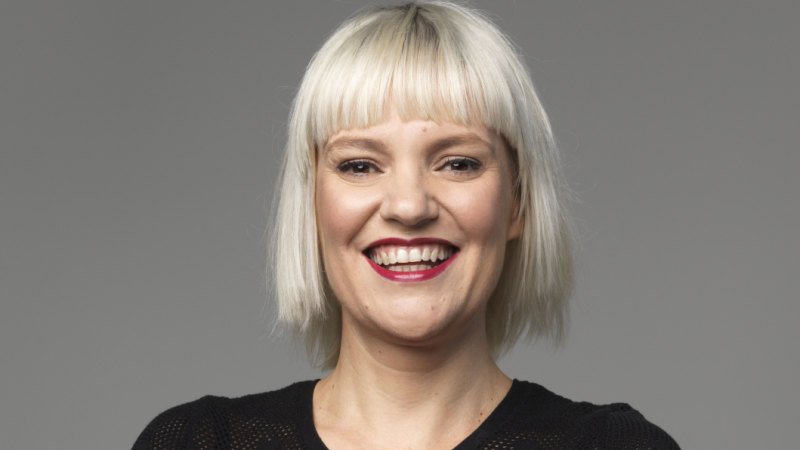 When I was first diagnosed, I was told that Crohn’s disease was chronic. I looked that word up. Chronic: "Persisting for a long time or constantly recurring." I shrugged, "No big deal" I thought. The idea of a long time didn’t compute when I was in my early twenties. Because "a long time" doesn’t really exist when you’re young.

What I now know is that "chronic" is the great trick. The sleight of hand. The kicker. How does something never really be over? Just when you think you’ve survived what it might deliver, you’re quickly reminded that the story is a continuing series of tests. Each test seemingly unique. If there is no end, then somehow you must welcome this fiend as a permanent lodger. You must ask it to join you, without resistance, as if it was always supposed to be that way. The joke is on you. 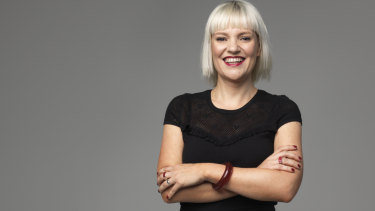 And for many with chronic illness, the "sickness" is largely unseen. For those living on the outside, it is an elusive, shadowy figure. Almost a myth. And you are often faced with people who have a covert suspicion about whether it exists at all.

I spent almost a decade, in my twenties and into my thirties, trying to find a way to live well with illness. I was in and out of hospital over that time. For a while, my life felt like it had been rolled flat. I was totalled. Everything that had identified me until that time; a student, a friend, a worker was now in relational proximity to being sick. I had become someone who needed to be cared for. I felt humiliated.

Illness has a way of reshaping us. It can redefine who we are. And you need to watch closely because it can morph you without your consent. It can steal you away from yourself.

For many years, it was difficult to hold down work and so it was difficult to pay the rent. There is a vulnerability in this that is frightening to recall. And it’s sobering to think that society is littered with the chronically sick, people who can’t reliably make the rent. When I volunteered with a food relief charity years ago, it was remarkable to hear how many stories began with illness and followed with losing the life they had once known.

So, when I began to creep back into the world of the well, as the flux of the illness allowed, I knew there was going to be little to no allowance for me to flip flop between worlds. Because hardest of all is trying to maintain your dual identity. It is much easier to choose a side. And if you choose to live "well", then the expectation is that you do it without compromise. So, when I was well enough to walk back into this world, I decided that I would stay there at all costs.

Within the first couple of months of being back at work part time, I was in hospital again. And it struck me immediately that this put me in a tough spot. What would happen if they decided that I was too risky to have around? No one wants to have someone at work who is unreliable, who takes regular sick leave, who’s a drain. And early on, well-meaning co-workers questioned my decision about the work I would take on. "Are you sure you can handle it?" they would ask with concern. From that moment, I made sure that I never missed a beat. I made sure that no one could argue that my illness was a liability. The vulnerability of insecurity never leaves.

I have spoken to others who have found themselves in the same position. People who believed the only way they could maintain their work and possibly move ahead was to hide symptoms and play down the impact illness had upon them. I have known others who have hidden their illness to the extent that they sneak off for hospital admissions.

You learn techniques to deal with your pain in public. You work hard to reframe your relationship with illness and you spend the weekend in bed, recovering and gathering yourself for the week ahead. You become a chameleon.

For many years, it was difficult to hold down work and to pay the rent. There is a vulnerability in this that is frightening to recall.

I’m enjoying stable health now, so it’s allowed me a moment to reflect on the impact that years of pushing through at all costs has had. The first being that there is a cost.

We are valued for our productivity. When you have a go – you get a go. We grow up being shown examples that what we build matters more than who we are. But, of course, this is a fallacy. When we see our value only in our industry, in how "busy" we are, we are lost. Of course, we know this. But as the pressures and the speed of life feel accelerated, we forget.

We forget that we’re not meant to do it like this. Or at least, we convince ourselves that this is how life has become and we concede.

One of the greatest insights that illness has afforded me over the years is that when you are forced to remove yourself from the speed and activity of the everyday and from the security in knowing that you can always be productive, you get a glimpse into what matters. And unsurprisingly, it is found in the tiny details. It is rolling around in the moments of the humdrum. It is the you that can be found in the absence of the roles that you perform, the work you do and the function you play.

There is something powerful and liberating about absenting yourself, if only theoretically, from this contract.

But our need to be valued is utterly human. We long to be useful in the world beyond ourselves. For me, since returning to the world of the well, work has been a true source of happiness. I am in full awareness that there is a thin line between your can and your can’t. That line exists for us all, although most do not know it.

What I want to soon find for myself, is that the line dissolves or at least becomes malleable. Where my productive lifes and my non-productive life can coexist, where my working life and my true life is valued equally.