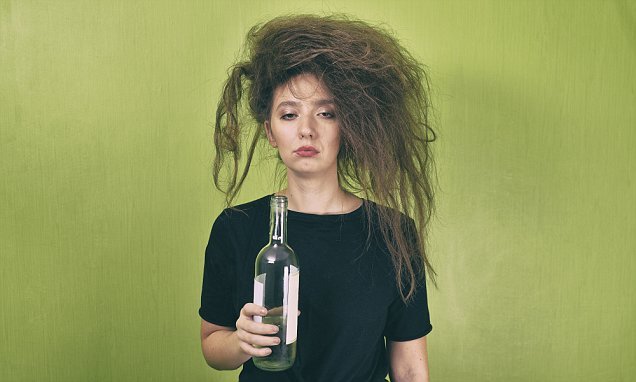 How your HAIR can tell if you’re an alcoholic: People who drink too much are more likely to have two specific compounds in their follicles

A substance found in hair determines how likely people are to be alcoholics, new research suggests.

People suffering from alcohol-use disorders are more likely to have two specific compounds in their hair, a Belgian study found.

These substances are thought to be produced when alcohol is broken down by the body and then stored in locks.

Researchers believe hair samples could be used to diagnose alcoholism, which is easier to collect than traditional blood and urine methods.

More than 8,000 deaths occur every year in the UK due to alcohol. Around 14 million adults in the US have a problem with booze. 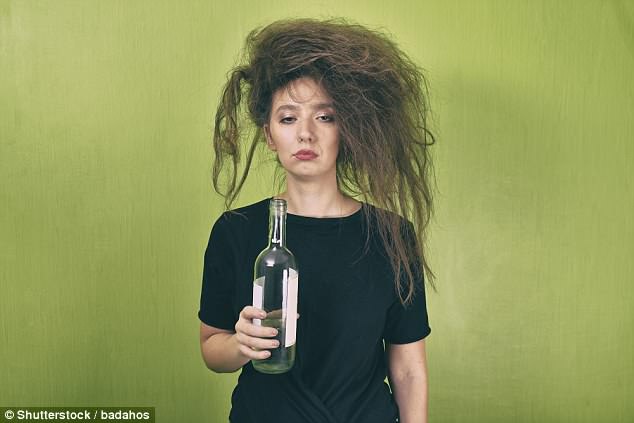 DO YOU DRINK A GLASS OF WINE EACH DAY? YOU’RE AT HIGHER RISK OF BREAST CANCER

Drinking just one small glass of wine a day raises a woman’s risk of breast cancer, a major report concluded in May 2017.

It means even following safe drinking guidelines of 14 units a week could be enough to endanger health.

The authors, from the World Cancer Research Fund, estimated 12,000 cases of breast cancer could be prevented in the UK each year if nobody drank alcohol.

They based their calculations on consumption of 10g of alcohol a day, the amount in 100ml of 12 per cent strength wine – less than a standard 125ml small glass.

That is equivalent to 8.75 units a week, which is well within the 14 a week limit advised by the Government.

Hair is a marker for alcohol consumption

The researchers, from the University of Antwerp, analysed hair samples from 40 people being treated for alcohol-use disorders.

Results suggest such patients are more likely to have high levels of ethyl glucuronide and ethyl sulphate in their locks.

As well as hair being easier to collect from alcohol-dependent patients than urine or blood, the researchers add it is also more practical to transport and store.

Lead author Dr Delphine Cappelle said: ‘Hair shows potential as a biomarker for alcohol consumption and should be subject to future research.’

The finding were published in the journal Drug Testing & Analysis.

Alcohol increases the risk of skin cancer by up to 11%

This comes after research released last August suggested just one glass of wine a day increases the risk of certain forms of skin cancer by up to 11 percent.

For every extra 10g of alcohol a day, the risk of developing basal cell carcinoma (BCC) rises by seven percent and cutaneous squamous cell carcinoma (cSCC) by 11 percent, a study found.

That is equivalent to a small glass of wine or half a pint of beer.

Past research suggests the ethanol in alcohol can metabolise into acetaldehyde, which is a chemical compound that damages DNA and prevents its repair.

The researchers of the more recent study argue alcohol is a preventable risk factor for cancer.

Consequently, they believe their findings could help create a global-health target to reduce skin cancer’s burden.