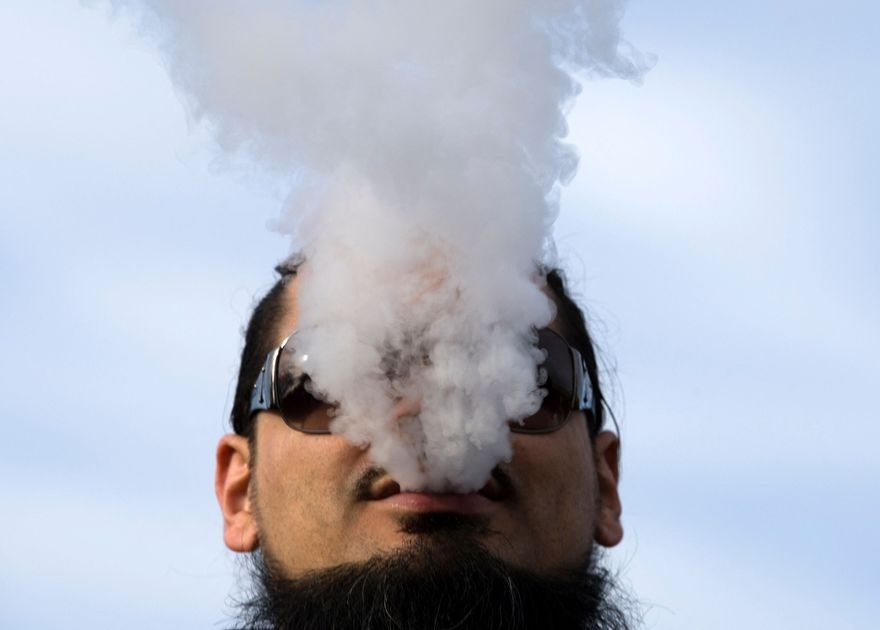 There are now 4.3 million vapers in the UK who are also suffering the same ill effects on their health as their cigarette smoking companions.

Tobacco is known to contain thousands of chemicals, and the NHS revealed that around 78,000 people in the UK die each year due to smoking-related illnesses.

Smoking is extremely addictive due to a substance known as nicotine, which releases a chemical in the brain called dopamine.

READ MORE Pee shivers: Doctor explains why you get the spine-tingling sensation

Many vapers believe they are healthier as vaping does not contain tobacco and is instead made up of vegetable glycerin, flavourings and vitamin E to act as a thickening agent, but vapes do still contain nicotine.

Pulmonologist Dr Humberto Choi warns that vapes will not stop a nicotine addiction if people switch from cigarettes.

“Vaping addiction is treated the same as a nicotine addiction in people who smoke cigarettes because, at the heart of it, that’s what it is,” he said.

“When you vape nicotine products, you’re being exposed to nicotine throughout the day.

“We know that nicotine is a highly addictive chemical. For most people, it’s not easy to quit.”

Vaping also has an impact on a person’s lungs.

In other news, a recent British public health campaign warned that vaping can damage male fertility, alongside other lifestyle factors such as smoking, steroids, and drinking.

Known dangers increased by vaping include:

“The number one concern is nicotine addiction,” Dr Choi added.

“The content of one e-liquid cartridge can be the same as a full pack of cigarettes.

“And because vaping doesn’t require you to light something up and step outside, people can use it continuously throughout the day.

“You can easily go through a full cartridge in a very short time and be exposed to a very high concentration of nicotine.”

Although vaping may seem like an obvious method to help quit smoking, it can often just lead to swapping one nicotine addiction for another.

The NHS offers tips for those wanting to quit both vapes and cigarettes, which include: