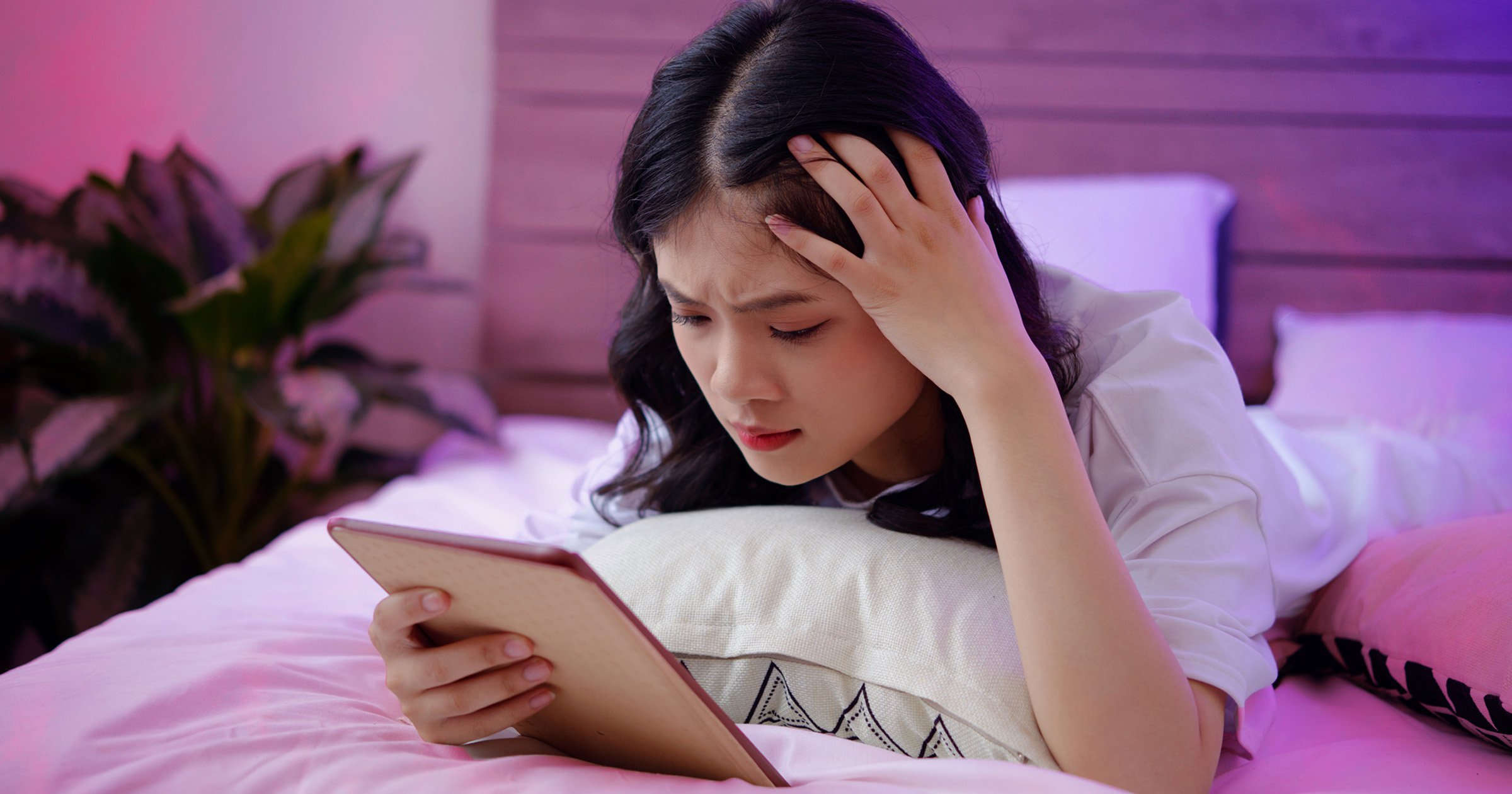 If you can’t bring yourself to engage with the news right now, you’re not alone.

Recent research found that 46% of Brits are regularly avoiding it – with many saying news has a negative effect on their mood.

In the past few years, the news cycle seems to have turned into a constantly-spinning black hole of negative headlines – especially in the world of politics.

First Brexit, then the pandemic and a Tory leadership battle that resulted in not only the crashing of the pound, but also a U-turn on the energy price guarantee.

‘In recent weeks and months, there has been a rollercoaster of political news in the UK,’ Amanda Wright, a health expert at Brandrated, tells Metro.co.uk.

‘The rapid changes and uncertainty in parliament can be incredibly draining and is the source of anxiety for a lot of people.’

She says that, of all the negative news you could see, domestic political news is likely to be the most anxiety-inducing because, when we read bad news, it’s not the news itself that makes us worry – it’s the fact that it’s personal to our lives.

‘An article about rising prices and the cost-of-living doesn’t just remain in your mind as a piece of information,’ she says. ‘It becomes personal, and you relate it to how your own finances may be struggling.

‘The original article has been forgotten but you’re now worried about your energy bills, and this can lead to you wanting to avoid reading the news entirely because you know how it will affect you.’

However, Amanda adds the fact that it’s so personal means that it’s important to stay informed – here’s how to do it without catastrophising.

How to avoid political news fatigue

Keep the news out of the bedroom

If you’re prone to checking the news as soon as you wake up, stop.

When you do, says Amanda, those first ten minutes of your day are ‘immediately filled with negativity and can affect the way you feel for the whole day.’

Instead, she says: ‘Make an effort to leave your phone alone first thing in the morning, to start your day without doom and gloom.’

She adds that it’s a good idea to stop checking the news before bed, as it could send you down an anxiety-induced rabbit hole and make it harder for you to fall asleep.

Take a break from socials

For most of us, our social media feeds – be it Facebook, Twitter and now TikTok – are teeming with snippets of the news.

If you find that you can’t stop doomscrolling, Amanda says it’s time to delete the apps and take a break.

If that’s not possible, you can also try curating your socials and muting certain words so that they don’t appear on your feed.

‘If you can’t go cold turkey, or use social media for work for example, just start by unfollowing accounts you know affect you the most,’ says Amanda.

‘Follow accounts that only post good news to remind yourself that there are still good things happening.’

It’s also a good idea to turn off pesky notifications, both from social media and news apps themselves.

‘Set aside a portion of the day to allow yourself to read the news but turn off notifications so it’s not a perpetual stream throughout the day,’ Amanda adds.

Try to focus on only the news that impacts you

Constant news updates from every corner of the globe can be interesting and, indeed, important.

But when you’re dealing with news fatigue, it’s best to focus only on the news that directly impacts you.

‘All world issues are important but take a break from things that you can’t control or directly help,’ says Amanda.

‘Use your emotional energy wisely; rather than trying to take in every story you can see, just look for issues that are most important to you, and this can help you feel a little less drained by it all.’

Set boundaries with others

What’s going on in politics right now is on the tip of everybody’s tongues.

If you have friends who often talk about politics, or the news in general, it’s a good idea to lay down some boundaries.

‘Let people know if you don’t want to discuss the news,’ says Amanda.

‘You could be making a conscious effort to be more mindful and consume less negative news, but it won’t help if everyone around you wants to discuss it.

‘Set boundaries and remind people you’re taking a break, so they can be respectful and not add to your news fatigue, exhaustion or anxiety.’