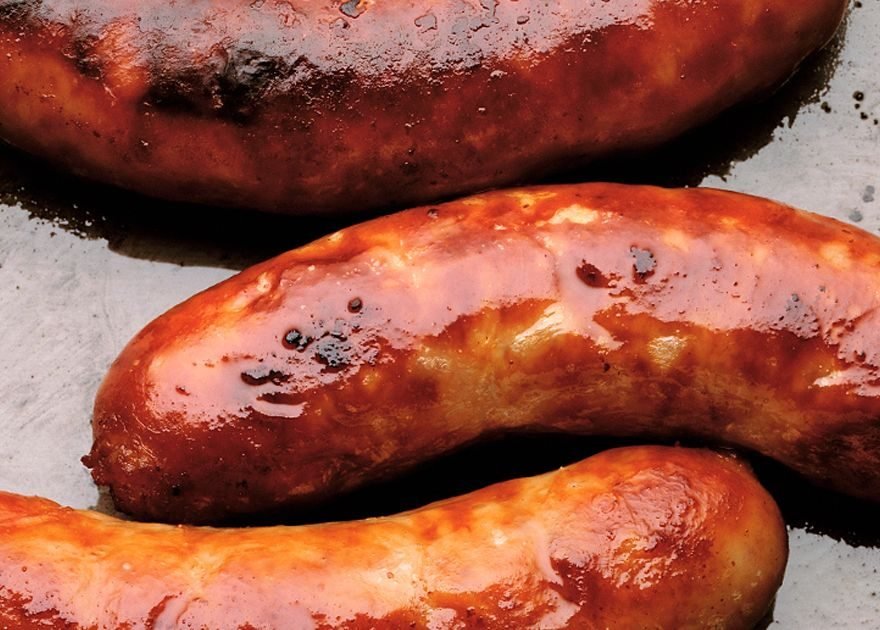 No amount of alcohol, sausage or bacon is safe according to a new global blueprint on how to beat cancer.

Even small amounts of processed meats and booze increase the risk of a host of cancers outlined in World Cancer Research Fund (WCRF) guidelines updated every decade.

The respected global authority has unveiled a 10-point plan to cut your risk of getting cancer by up to 40%.

Brits have been told to banish favourites such as ham, burgers and hot dogs from their diets by experts who say they are a direct cause of bowel cancer.

Processed meats also cause people to be overweight which can trigger many more cancers.

But UK experts have disagreed with the draconian advice insisting the odd bacon sandwich “isn’t anything to worry about”.

The WCRF found boozing is directly linked to increased risk of six cancers and for the first time recommended sticking to water or unsweetened drinks.

It added stomach cancer to its previous list of cancers of the bowel, breast, oesophagus, liver and throat.

The third WCRF Expert Report is unveiled today(Thur) at the European Congress on Obesity in Vienna following earlier landmark reports in 1997 and 2007.

It is the biggest ever global analysis of cancer triggers covering 51 million people – 3.5 million who were diagnosed with cancer.

Cancers of the liver, ovary, prostate, stomach, throat have been added to those of the bowel, breast, gallbladder, kidney, oesophagus, pancreas and womb which are directly caused by obesity.

The report said: “Even small amounts of alcoholic drinks can increase the risk of some cancers.

“There is no level of consumption below which there is no increase in the risk of at least some cancers.”

On processed meats it added that “no level of intake can confidently be associated with a lack of risk of bowel cancer”.

Cutting down on steaks and other red meat such as lamb and pork can reduce the risk of bowel cancer.

“When we talk about cancer prevention the strong evidence is that we need to follow a package of lifestyle behaviours.

“Individuals need to follow as many of these recommendations as possible, not just some of them.

“The best advice is not to eat processed meat. The risk does increase with consumption.

“Our Cancer Prevention Recommendations work together as a blueprint to beat cancer that people can trust, because they are based on evidence that has now proved consistent for decades.”

The report, called Diet, Nutrition, Physical Activity and Cancer: a Global Perspective, said on current trends fat will overtake smoking as the number one risk cancer for cancer in 20 years.

It is billed as a “comprehensive package of behaviours” that are the “most reliable blueprint available for living healthily to reduce cancer risk”.

Exercise also helps prevent people being overweight which is a known cause of almost all cancers.

Detailed advice to prevent obesity linked cancers includes avoiding too much fruit juice and drinking water instead of fizzy drinks.

Prof Linda Bauld, UK prevention expert, said: “A bacon butty or glass of wine every so often isn’t anything to worry about, it’s the things you do every day that matter most.

“Building small changes into your daily life, like choosing sugar-free drinks or walking more, can add up to a big difference for your health.”

Around one in six deaths annually worldwide are due to cancer and this is increasing as more countries adopt Western lifestyles.

Despite being home to only one eighth of the global population Europe accounts for a quarter of cancer cases.

Gail Curry, head of health at Bowel Cancer UK, said: “This study adds to the substantial evidence that processed meats such as bacon, ham, salami and some sausages can increase your risk of bowel cancer.

“Therefore these foods should be avoided as much as possible. Hamburgers, minced meats only count as processed if they have been preserved with certain chemical additives.

“We know that 41,800 people are diagnosed with bowel cancer every year, it’s the fourth most common cancer in the UK.”