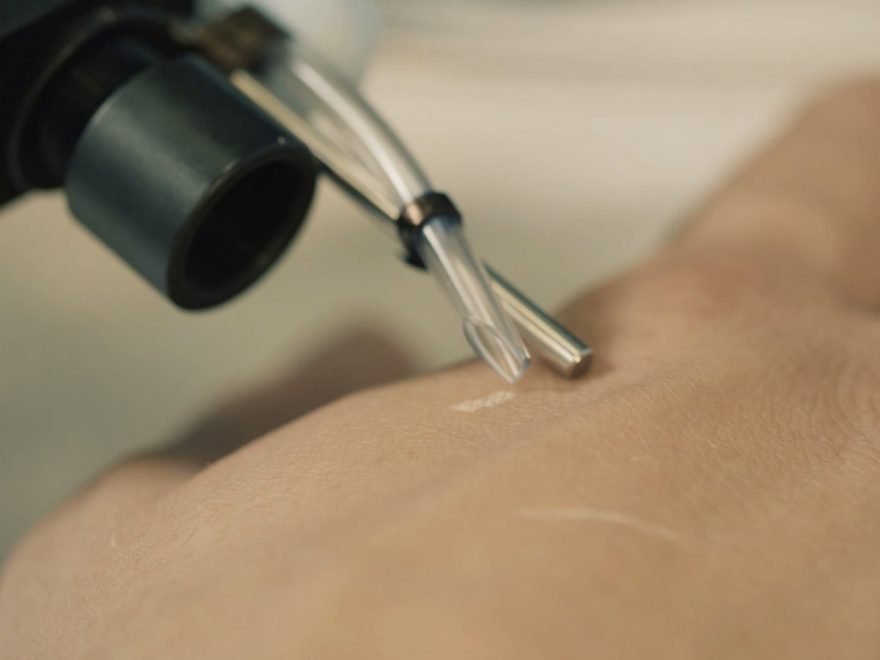 Isabelle Fournier and her team are out to change surgical oncology.

“Better surgery is associated with better prognosis and higher survival,” said Fournier, a professor at the University of Lille and co-director of a proteomics center of INSERM, the French national institute of health. Her laboratory has worked for several years on a device they call the SpiderMass that will enable surgeons to look for markers of cancer in a living patient’s tissue, during an operation. In an article in Molecular & Cellular Proteomics, the team reports on an important step toward finding protein biomarkers during surgery.

Surgery to remove a primary tumor involves a wait. After the tumor and some healthy surrounding tissue are removed, the surgical team pauses while a pathologist checks the tissue margins under a microscope. Although this process is important for preventing recurrence of the cancer, it can add up to 45 risky minutes under anesthesia.

With the new device, Fournier said, “We think that it is possible to open the way to in vivo real-time proteomics,” which could help surgeons find stray cancer cells faster, perhaps even as they make incisions. 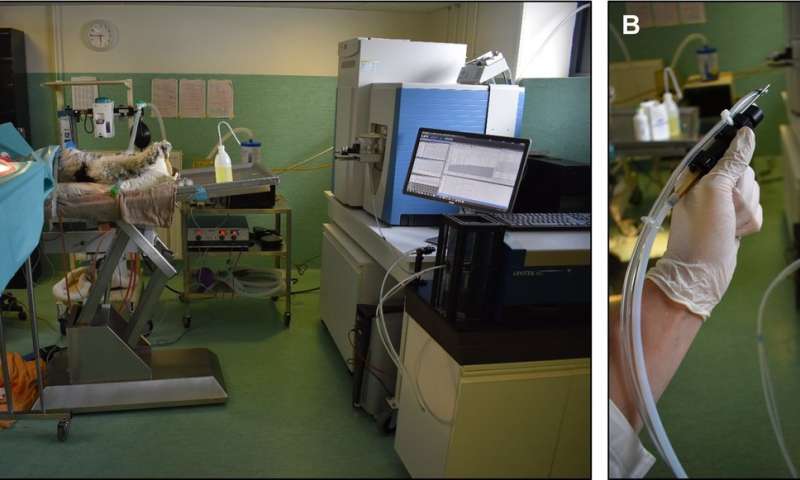 Fournier’s device uses mass spectrometry, which measures the mass of molecules from complex mixtures. But turning an in vivo tissue sample into gas phase ions for measurements can be a challenge. Until now, no one knew how to extract ions from living tissues without doing harm.

So Fournier’s team got creative. Riffing on MALDI, an ionization strategy that uses a carrier molecule mixed with the analyte of interest, they decided to use the water that makes up a majority of human tissue as a carrier to produce a water-assisted laser desorption/ionization, or WALDI. If they could excite the water in a tiny area, it should vaporize, taking ionized organic molecules with it.

“It was an idea at the beginning, and many people thought that it would not work,” Fourier said. “Finally, we have it working beautifully.”

The team built a pulsed laser excitation device tuned to heat water precisely by causing vibration in the oxygen-hydrogen bond. In a 2016 paper, they described using this laser to ionize the outermost layer of tissue, penetrating less than one-twentieth of a millimeter. The human volunteers reported a slight tingling sensation. But the ions that appeared were mostly small molecules and lipids, which are more apt than proteins to adopt a negative charge. The team hoped to measure proteins as well.

In this new paper, Fournier and colleagues report that they have cracked the protein puzzle. By using a more sensitive mass spectrometer and looking for positively instead of negatively charged ions, they found peaks representing purified proteins they had introduced into a cow liver sample. Now that they know the proteins are detectable, the next step will be finding ways to amplify the protein signal over more abundant lipids and metabolites.