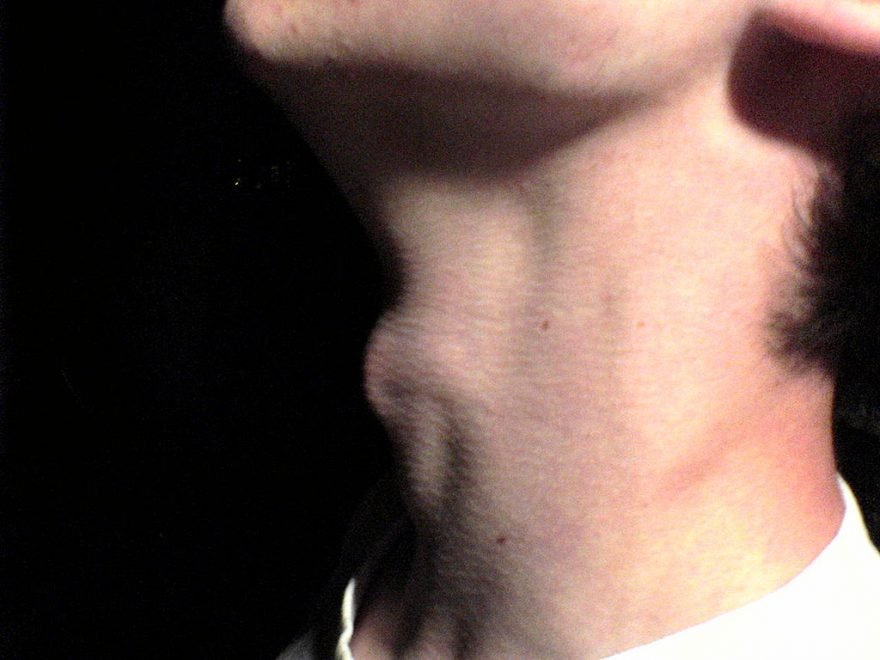 An Adam’s apple refers to a bump or bulge in the front of a person’s neck. Both guys and girls have them but they are larger in guys. During puberty the Adam’s apple (which is actually made up of  cartilage that covers the larynx or “voice box”) grows causing a person’s voice to deepen. As the Adam’s apple gets bigger it becomes more noticeable especially in guys. The larynx protects the vocal cords which allow us to talk, laugh, sing and make different sounds. If you touch the front of your neck and talk you’ll likely feel a vibration. This is your Adam’s apple!

Nobody knows for sure how this part of our body got the name, “Adams apple.” Some people believe that the name comes from a bible story about Adam and Eve (in the book of Genesis). In the story Adam and Eve share an apple, which is considered forbidden fruit, and according to legend a piece of the apple becomes stuck in Adam’s throat.

The Adam’s apple has no purpose other than to protect the vocal cords and as far as the story goes, there is no proof that the legend is actually true.