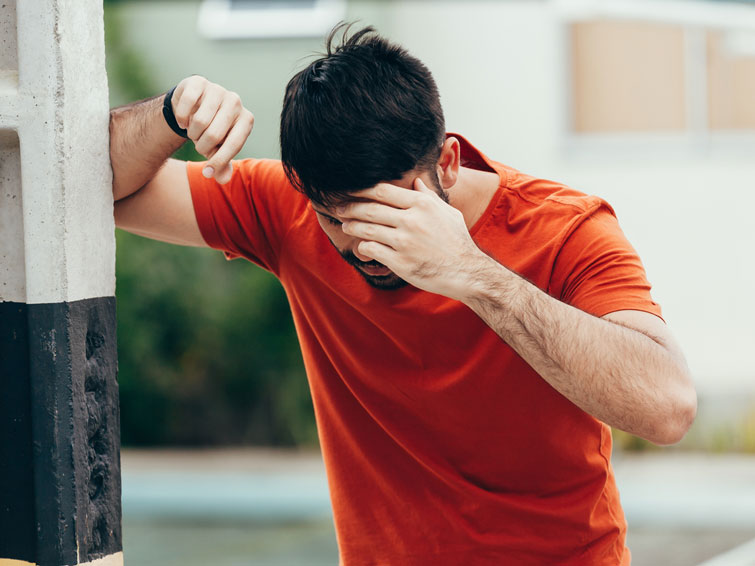 A temporary loss of consciousness – medical syncope called – is caused by a temporary lack of blood flow to the brain. In most cases, this is harmless, and only in a fraction of the cases caused deliberately shows lack of bleeding, tumors, or infarcts in the head. Nevertheless, more than half of the patients with a skull to be examined-CT, as a canadian study.

The summary revealed at the end of the evaluation of 17 studies with a total of 3.361 syncope patients, in emergency rooms, 54.4 percent of patients with a head CT for the diagnosis of syncope was made. In 3.8% of cases a cause in the skull was found. On stations, a skull was requested-CT in 44.8 percent of patients, there were only 1.2 per cent a positive result. In two studies, in which all Affected after a temporary loss of consciousness, received a CT, found in 2.3 percent of cases, the causes of in the head. In patients aged 65 years and over, the proportion with an average of 7.7 per cent was higher.

Overall, a majority of studies is, therefore, useless. The CTs are connected to the patient with a radiation exposure and lead to high costs. Treatment guidelines therefore recommend CTs of the head only, if you have a high risk for a cause in the skull is present. The American "Choosing Wisely"-Campaign, which serves for the removal of unnecessary and potentially harmful diagnostic and therapeutic procedures, holds a head CT is only justified, if, for example, sudden headache, convulsions, other neurological symptoms or failures have occurred.

The German society for cardiology-heart and circulation research, in this connection, that in the case of syncope a lot of money for a bit of target leading diagnostics will be copied to output, on the other hand, however, the health insurance costs for implantable event recorders for the diagnosis of syncope is sensible.