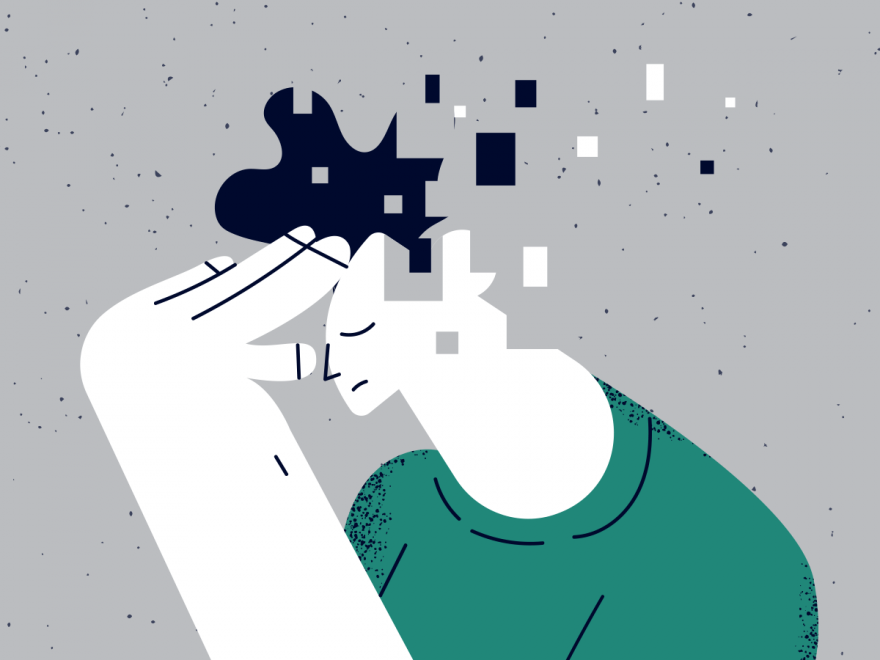 The approval of a controversial new drug for Alzheimer’s disease, Aduhelm, is shining a spotlight on mild cognitive impairment — problems with memory, attention, language or other cognitive tasks that exceed changes expected with normal aging.

After initially indicating that Aduhelm could be prescribed to anyone with dementia, the Food and Drug Administration now specifies that the prescription drug be given to individuals with mild cognitive impairment or early-stage Alzheimer’s, the groups in which the medication was studied.

Controversy surrounds Aduhelm because its effectiveness hasn’t been proved, its cost is high (an estimated $56,000 a year, not including expenses for imaging and monthly infusions), and its potential side effects are significant (41% of patients in the drug’s clinical trials experienced brain swelling and bleeding).

Furthermore, an FDA advisory committee strongly recommended against Aduhelm’s approval, and Congress is investigating the process leading to the FDA’s decision. Medicare is studying whether it should cover the medication, and the Department of Veterans Affairs has declined to do so under most circumstances.

Clinical trials for Aduhelm excluded people over age 85; those taking blood thinners; those who had experienced a stroke; and those with cardiovascular disease or impaired kidney or liver function, among other conditions. If those criteria were broadly applied, 85% of people with mild cognitive impairment would not qualify to take the medication, according to a new research letter in the Journal of the American Medical Association.

Given these considerations, carefully selecting patients with mild cognitive impairment who might respond to Aduhelm is “becoming a priority,” said Dr. Kenneth Langa, a professor of medicine, health management and policy at the University of Michigan.

Dr. Ronald Petersen, who directs the Mayo Clinic’s Alzheimer’s Disease Research Center, said, “One of the biggest issues we’re dealing with since Aduhelm’s approval is, ‘Are appropriate patients going to be given this drug?’”

Here’s what people should know about mild cognitive impairment based on a review of research studies and conversations with leading experts.

Cognitive symptoms — for instance, difficulties with short-term memory or planning — are often subtle but they persist and represent a decline from previous functioning. Yet a person with the condition may still be working or driving and appear entirely normal. By definition, mild cognitive impairment leaves intact a person’s ability to perform daily activities independently.

But cognitive symptoms can also be caused by other factors, including small strokes; poorly managed conditions such as diabetes, depression and sleep apnea; responses to medications; thyroid disease; and unrecognized hearing loss. When these issues are treated, normal cognition may be restored or further decline forestalled.

Subtypes. During the past decade, experts have identified four subtypes of mild cognitive impairment. Each subtype appears to carry a different risk of progressing to Alzheimer’s disease, but precise estimates haven’t been established.

People with memory problems and multiple medical issues who are found to have changes in their brain through imaging tests are thought to be at greatest risk. “If biomarker tests converge and show abnormalities in amyloid, tau and neurodegeneration, you can be pretty certain a person with MCI has the beginnings of Alzheimer’s in their brain and that disease will continue to evolve,” said Dr. Howard Chertkow, chairperson for cognitive neurology and innovation at Baycrest, an academic health sciences center in Toronto that specializes in care for older adults.

Diagnosis. Usually, this process begins when older adults tell their doctors that “something isn’t right with my memory or my thinking” — a so-called subjective cognitive complaint. Short cognitive tests can confirm whether objective evidence of impairment exists. Other tests can determine whether a person is still able to perform daily activities successfully.

More sophisticated neuropsychological tests can be helpful if there is uncertainty about findings or a need to better assess the extent of impairment. But “there is a shortage of physicians with expertise in dementia — neurologists, geriatricians, geriatric psychiatrists” — who can undertake comprehensive evaluations, said Kathryn Phillips, director of health services research and health economics at the University of California-San Francisco School of Pharmacy.

The most important step is taking a careful medical history that documents whether a decline in functioning from an individual’s baseline has occurred and investigating possible causes such as sleep patterns, mental health concerns and inadequate management of chronic conditions that need attention.

Mild cognitive impairment “isn’t necessarily straightforward to recognize, because people’s thinking and memory changes over time [with advancing age] and the question becomes ‘Is this something more than that?’” said Dr. Zoe Arvanitakis, a neurologist and director of Rush University’s Rush Memory Clinic in Chicago.

More than one set of tests is needed to rule out the possibility that someone performed poorly because they were nervous or sleep-deprived or had a bad day. “Administering tests to people over time can do a pretty good job of identifying who’s actually declining and who’s not,” Langa said.

Progression. Mild cognitive impairment doesn’t always progress to dementia, nor does it usually do so quickly. But this isn’t well understood. And estimates of progression vary, based on whether patients are seen in specialty dementia clinics or in community medical clinics and how long patients are followed.

A review of 41 studies found that 5% of patients treated in community settings each year went on to develop dementia. For those seen in dementia clinics — typically, patients with more serious symptoms — the rate was 10%. The American Academy of Neurology’s review found that after two years 15% of patients were observed to have dementia.

Progression to dementia isn’t the only path people follow. A sizable portion of patients with mild cognitive impairment — from 14% to 38% — are discovered to have normal cognition upon further testing. Another portion remains stable over time. (In both cases, this may be because underlying risk factors — poor sleep, for instance, or poorly controlled diabetes or thyroid disease — have been addressed.) Still another group of patients fluctuate, sometimes improving and sometimes declining, with periods of stability in between.

“You really need to follow people over time — for up to 10 years — to have an idea of what is going on with them,” said Dr. Oscar Lopez, director of the Alzheimer’s Disease Research Center at the University of Pittsburgh.

Because this medication targets amyloid, a sticky protein that is a hallmark of Alzheimer’s, confirmation of amyloid accumulation through a PET scan or spinal tap should be a prerequisite. But the presence of amyloid isn’t determinative: One-third of older adults with normal cognition have been found to have amyloid deposits in their brains.

Because of these complexities, “I think, for the early rollout of a complex drug like this, treatment should be overseen by specialists, at least initially,” said Petersen of the Mayo Clinic. Arvanitakis of Rush University agreed. “If someone is really and truly interested in trying this medication, at this point I would recommend it be done under the care of a psychiatrist or neurologist or someone who really specializes in cognition,” she said.

We’re eager to hear from readers about questions you’d like answered, problems you’ve been having with your care and advice you need in dealing with the health care system. Visit khn.org/columnists to submit your requests or tips.