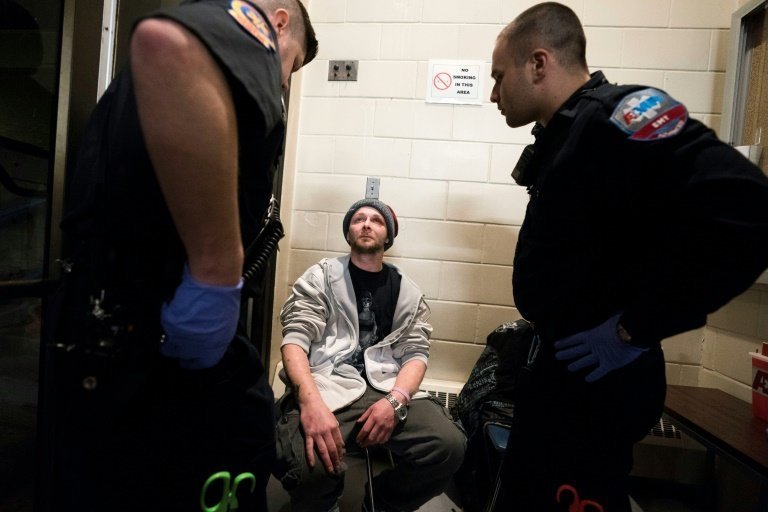 Tucked away in the corner of a US fire station are two plastic chairs, a tiny poster saying “anyone, anytime, can recover,” and a poem in memory of a 20-year-old woman who fatally overdosed in 2016.

The space is little more than a cubby hole, but has become a safe harbor for drug addicts in New Hampshire and symbol of hope in the US fight against the opioid crisis, a group of drugs, which like morphine, dulls pain and induces euphoria.

Born out of over-prescription of powerful painkillers, the opioid epidemic is such that President Donald Trump declared a national public health emergency in October. In 2016, the epidemic killed on average 175 people a day, from all walks of life.

After overdose emergency calls blew up in 2015, firefighters in New Hampshire’s largest city set up the “Safe Station” program in May 2016 that allows anyone with a drug or alcohol problem to stop by 24-7 and be welcomed with kindness and without judgment.

“Would you like some water? A coke?” Christopher Hickey, the Manchester fire department paramedic who heads the program, asks addict Brendan, just dropped off by a friend in an obvious state of anxiety.

After two years clean, the 33-year-old, who doesn’t want to give his full name, says he started using again in November and has since “overdosed 18 times.” He wants help to get well again.

The fire department takes those who drop in to their partner in the self-help community, Granite Pathways, to evaluate their needs and put them in a detox program.

After Brendan, 31-year-old Cody arrives. Homeless, with a black eye and a right arm covered in track marks, he fell back into addiction in February.

“This is my first time coming to this program,” he says. “I came because it was quick and efficient. I am hoping to get it … not do the same stuff over and over again.” 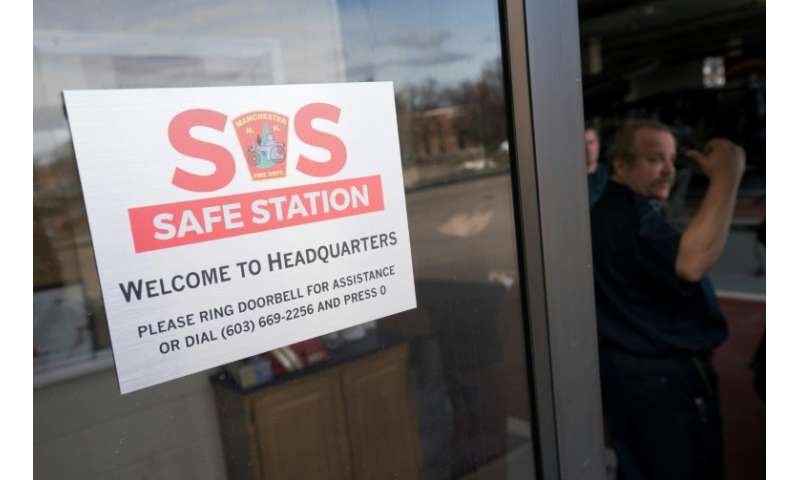 White and in their 30s, Brendan and Cody are typical of the opioid crisis, which has hit New Hampshire, Ohio and West Virginia particularly hard. New Hampshire holds the worst fentanyl overdose rate per capita in the entire country.

Fentanyl—an opioid 50 or 100 times more powerful than heroin, has flooded the market since 2015, says Hickey. Traditionally a pain killer, it is now being reproduced by drug traffickers, particularly in China and Mexico and is sold in the United States.

A few milligrams bought on the street for $5-7 is enough to overdose, says Hickey. Manchester, a former textiles hub recently given a new lease of life thanks to high-tech firms such as Segway, is in the eye of the storm.

Between January and March 2018, firefighters responded to 152 overdose calls. “It will affect anybody … even wealthy neighborhoods,” says 28-year-old firefighter Jim Terrero.

It was after looking after the brother of a colleague, on the brink of suicide, that Hickey suggested opening city fire stations to anyone struggling with substance abuse.

The idea was that “someone could just walk up” and “be treated like a human … treated without stigma, without any preconceived notions,” he explains.

Hickey thought it would be just a couple of people, but 80 people showed up the first month and two years down the line, they average 160 people a month. 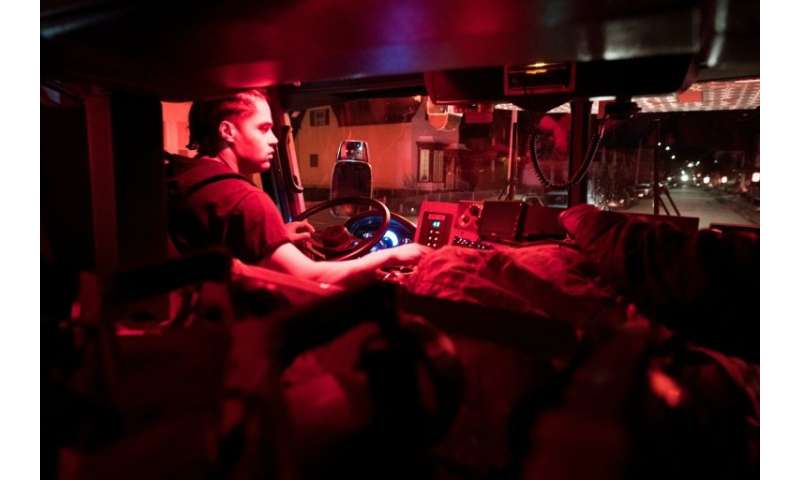 In less than two years, firefighters have welcomed more than 3,300 people, not just from New England, but from as far away as Texas or Alaska.

Success is such that, perversely, the initial partner of the program, service provider Serenity Place, became overwhelmed and ended up going bankrupt in late 2017.

Hickey and Manchester fire department chief, Daniel Goonan, became experts on dependency and met urgently with other partners: Granite Pathways, but also hospitals, insurance companies and taxis to transport those beating down their doors.

Safe Station has also become a model of how to mobilize in the face of a crisis: a dozen other cities elsewhere in the United States have adopted similar programs and several dozen others are hoping to do so.

Goonan went to the White House three times. Trump visited on March 19 and the National Institute on Drug Abuse has initiated a study to analyze its success.

If overdoses have not dropped, the number of deaths, have been in decline since 2017.

“Fatalities are where we usually measure our success,” says Hickey.

“That stigma is finally starting to change, there is not that level of embarrassment anymore that there once was,” he adds. “There is still a long way to go but we are starting to see the changes.”

Safe Station is “a beautiful example of a community response to a crisis,” says Lisa Marsch, an opioid expert at Dartmouth College. But much more is needed to combat the crisis.