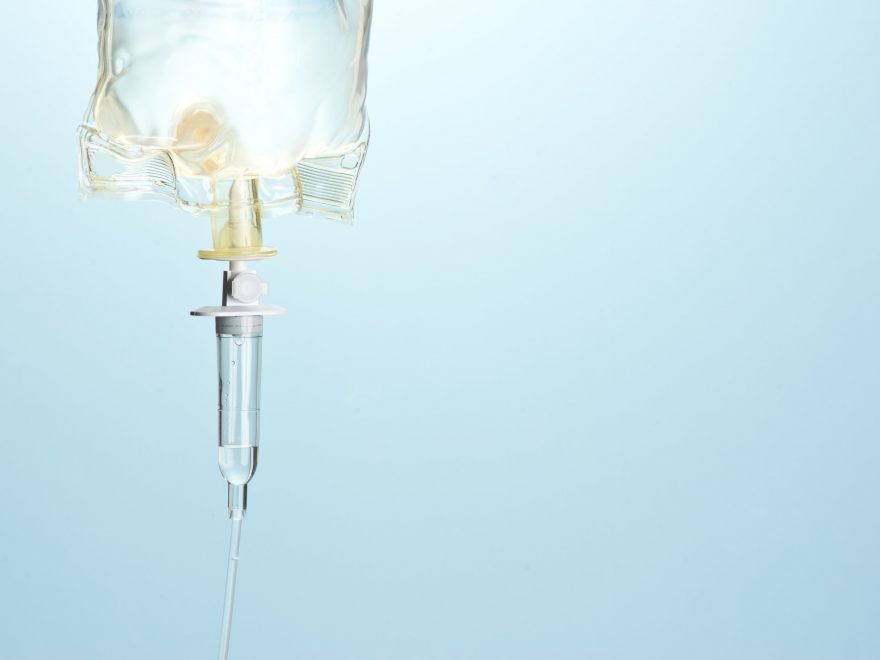 On June 12, the American Medical Association announced that drug shortages pose an urgent public health crisis. This crisis should be of concern to all Americans.

The Food and Drug Administration defines a drug shortage as a “period of time when the demand or projected demand for a medically necessary drug in the U.S. exceeds its supply.” All too often, a shortage means that doctors cannot give the right drugs to patients when needed.

Serious drug shortages are not a new phenomenon. The FDA recognized their prevalence and established a Drug Shortage Program back in 1999. The problem, however, persists.

Currently, the U.S. is short on 182 drugs and medical supplies, according to the American Society of Health-System Pharmacists. The list includes IV bags, injectable morphine and other powerful painkillers, anesthetics, antibiotics, electrolytes, cancer drugs and much more. All of these are of critical importance to patients with serious illnesses.

Why do drug shortages occur? The AMA blames the current crisis in part on the damage caused to production facilities in Puerto Rico by hurricanes Irma and Maria in 2017. Furthermore, the government’s efforts to combat the opioid crisis by reducing the availability of opioids has hampered the ability for hospitals to obtain necessary painkillers. Production delays at manufacturing plants or delays in procuring raw materials from suppliers can also contribute to shortages. 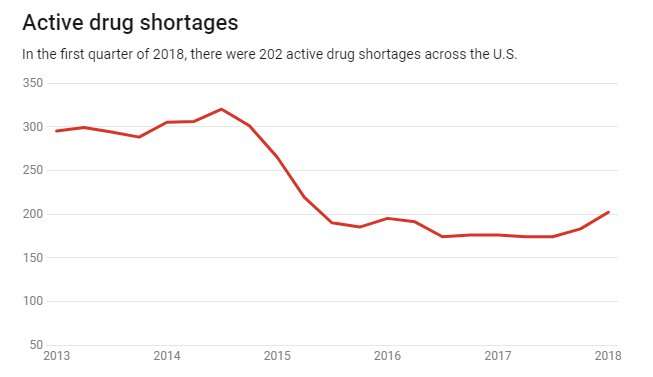 Some companies choose to stop manufacturing a drug in order to focus on newer, more lucrative medicines. If a manufacturer is one of only a few producers or the primary producer, even a temporary stoppage can have harmful market effects. For example, only seven companies make most of the sterile injectable drugs sold in the U.S. If one of these has difficulty or discontinues production, it would be very hard for the others to make up the difference.

The Institute for Safe Medication Practices conducted a survey of almost 300 health care providers in 2017. A majority of participants felt that drug shortages had affected their patients. Seven in 10 stated shortages made them unable to provide some patients with recommended treatments. Almost half believed that as a result, their patients received less effective therapies.

In addition, 75 percent of participants stated that they were forced to delay patient treatments because of shortages. In one case, a delay in treating sepsis with sodium bicarbonate may have contributed to a patient’s death. Other poor outcomes included more pain or discomfort during procedures because appropriate drugs were unavailable. 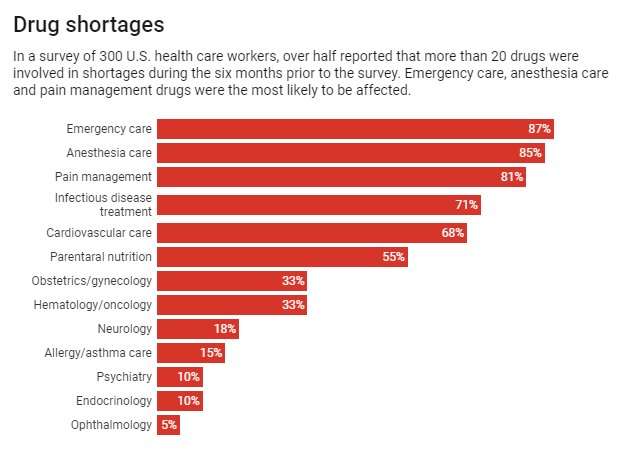 In addition, some vendors engage in price gouging when selling drugs in short supply. The cost of this deplorable practice may reach over US$400 million a year.

Drug shortages can have other consequences for doctors and patients. Physicians face the unenviable task of explaining to patients that they cannot receive needed drugs. This can be demoralizing for patients and make them lose trust in the medical profession. Additionally, insurers may refuse to pay for a treatment that is substituted for a drug in shortage. They may insist the alternative medication is not standard therapy and therefore will not be covered.

Finally, drug shortages can adversely affect medical research. If drugs that are being studied are unavailable, research projects may have to be postponed, suspended or canceled.

By law, manufacturers are required to report the expected duration of shortages and the reasons for them to the FDA. They must also provide notifications of production discontinuances and temporary interruptions.

FDA states that it posts information about drug shortages on its website. However, it is not clear where on the website this data is placed. Indeed, many health care providers indicate that they do not consistently receive information that could help them prepare for shortages.

The FDA states that it works with manufacturers to resolve drug shortages as quickly as possible.