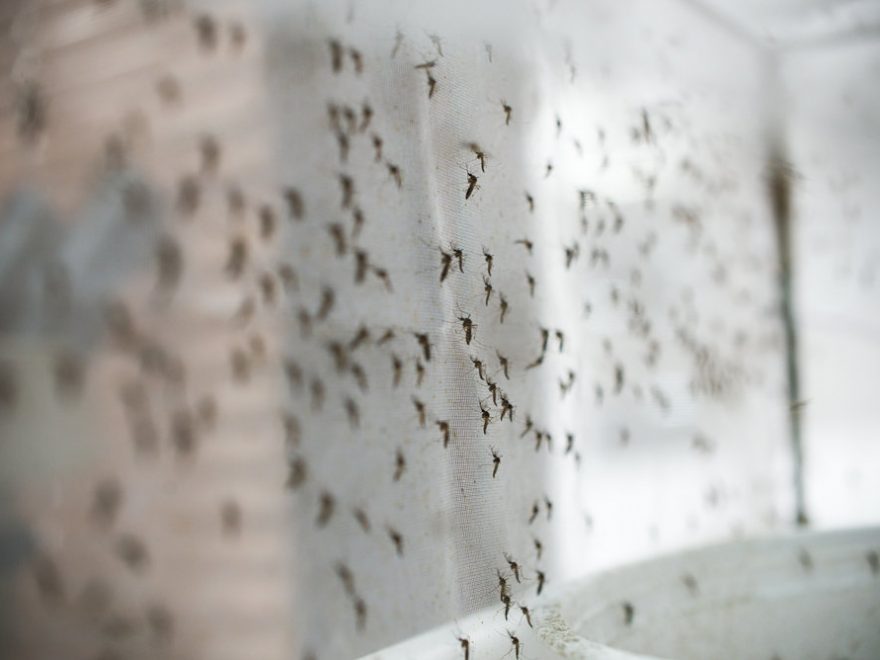 In the past 15 years the Kenyan government has made great strides in preventing and controlling malaria. It has issued insecticide treated bed nets, sprayed people’s homes with insecticides and ensured that there is widespread diagnostic testing. These efforts have resulted in a significant drop in transmission rates.

But progress has not been uniform. Parts of Kenya – particularly the counties in the west of the country along the Rift Valley – are still plagued by serious seasonal cases of the deadly disease.

Seasonal outbreaks of malaria in these counties are most common in the wet season which runs from March to June and then again from October to December. But in years with high rainfall it also rains in January and February, which was the case this year. As a result, in February this year, for example, the arid counties of Baringo, West Pokot and Marsabit saw an outbreak where hundreds of people were hospitalised. Most of the patients were children under the age of five – a group that’s globally considered a high risk for severe malaria.

The outbreak follows a similar one in October last year where in less than a weak more than 400 people were hospitalised and at least 10 had died from malaria.

In Baringo county, malaria is of particular concern – accounting for 11.8% of the outpatient cases recorded. This is higher than the nationwide malaria prevalence of 8%.

So what’s preventing Baringo county and other areas from reducing its malaria caseload like other parts of the country?

A number of factors are at play. These include weak health systems, which are a common feature of the counties in the arid and semi arid areas of the country. In these areas the health facilities are sparsely distributed, have poor equipment and are understaffed. The areas also have poor road networks. On top of this, these areas are affected by conflict which in turn gets in the way of the government providing decent healthcare.

And finally, the environment also poses a challenge because they increase the number of larval breeding sites for the mosquitoes in the wet months, which increases the outbreaks of malaria.

Health facilities in the arid and semi arid counties of Kenya are sparsely distributed. On average most patients in remote villages need to walk more than 15 kilometres to the nearest facility. The facilities are also understaffed with inadequate medical equipment and insufficient anti-malarial drugs.

On top of this, criminal gangs have taken control in many areas in the wake of the ongoing conflict between two communities – the Pokot and Marakwet. As a result nurses regularly flee medical facilities leaving no one in charge.

The fact that herding is the main economic activity in Baringo has also been a contributory factor to the higher rates of malaria. Research into the breeding habits of one of the mosquitoes that spreads malaria in the region – the Anopheles arabiensis – shows that it feeds on humans as well as livestock. Therefore, high livestock densities in an area where herders converge in communal grazing lands translate into more people being bitten.

The seasons also play a role. In the dry season, the vector is sustained by permanent habitats like swamps and drainage canals from these swamps malaria vectors.

During the rainy season, the breeding sites increase when seasonal rivers and manmade habitats such as pan dams, concrete tanks, ditches and trenches get filled up with water. This increases the number of vectors and hence the outbreaks.

Living conditions are also a challenge. Most of the houses have thatched roofs and don’t have adequate screening on the doors and windows. This means that mosquitoes can easily enter.

The challenges in Baringo can be tackled in a few ways. But these require the resources of Kenya’s national and county governments.

Firstly, the national government needs to improve security so that medical staff aren’t forced to flee for their safety.

Secondly, the county governments need to come to the party too:

There are other, more radical steps, county governments could take. Because house types have become an important factor in malaria transmission they could consider encouraging people to shift from mud grass thatched huts to concrete houses with sealable windows.

They could also consider deploying mobile clinics and investing in ambulances to ferry patients from far-flung parts of the counties.

Kenya is one of the three countries in Africa selected for the trials of a malaria vaccine administered to infants who are five-months-old.

If the vaccine does prove effective during these trials it could become part of the core package of World Health Organisation recommended interventions and could provide a solution for residents in seasonal transmission zones.