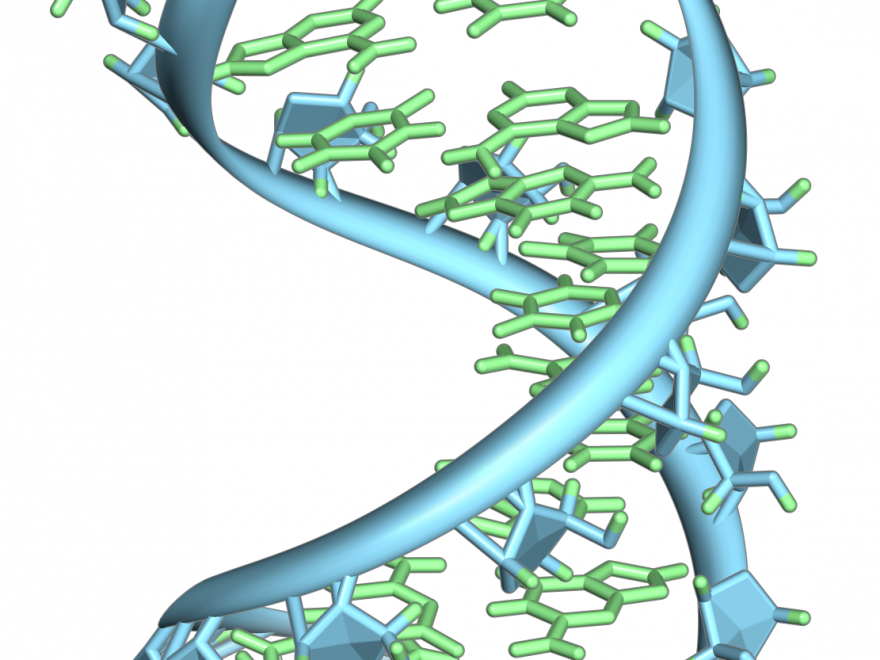 Until recently, scientific research concentrated almost exclusively on the 2 percent of the genome’s protein coding regions, virtually ignoring the other 98 percent – a vast universe of non-coding genetic material previously dismissed as ‘junk.’ In the past 10 years, scientists have discovered thousands of new long non-coding RNAs (lncRNAs). Although scientists now recognize that lncRNAs play an integral role in all biological processes, they remain largely in the dark as to their functional role.

Now, in a groundbreaking paper published today in the journal Cell, a team led by investigators at the Cancer Research Institute Beth Israel Deaconess Medical Center (BIDMC) has developed a novel approach to identify and determine the functional role of lncRNAs relevant to chemotherapy resistance in Acute Myeloid Leukemia (AML). The new technique integrates information from publicly-available pharmacological data bases with leading-edge CRISPR technologies to screen for both coding and non-coding genes that influence response to treatment. Taken together, this genome-wide screening platform could be applied to identify and determine the functions of ncRNAs relevant to many health contexts.

“Although thousands of lncRNAs have now been detected and annotated in the human genome, the need to characterize their functions remains a critical challenge,” said Pier Paolo Pandolfi, MD, PhD, Director of the Cancer Center and Cancer Research Institute at Beth Israel Deaconess Medical Center, Co-Director of the HIRM at the BIDMC Cancer Center, and the George C. Reisman Professor of Medicine at HMS. “This approach we developed integrates computational analysis of existing data bases with functional screening using CRISPR technology. This novel analysis identified functionally relevant coding and non-coding genes, enabled us to assign function to non-coding genes, as well as provided us with a wealth of biomarkers associated with response to chemotherapy. It’s a quantum leap.”

Pandolfi and colleagues focused on the genetics that govern resistance to Cytarabine (Ara-C), the gold standard chemotherapy for the treatment of acute myeloid leukemia (AML), to which 30 to 50 percent of patients with AML develop resistance. In the first phase of the multi-step project, the researchers cross-referenced information from two publically available databases – the Cancer Target Discovery and Development database and the Cancer Cell Line Encyclopedia – to identify genes that appear to be related to sensitivity and resistance to Ara-C across 760 distinct cell lines.

“We knew which cell lines were sensitive to the drug and which were not,” said first author Assaf Bester, PhD, a post-doctoral research fellow in the Pandolfi laboratory. “By looking at what genes might be preferentially expressed or repressed in sensitive and resistant cell lines, we were able to predict what genes were driving resistance to therapy. We could also look to AML patient response data for those that might be associated with poor survival rates.”

The results were genome-wide, Pandolfi noted, and not biased toward either coding or non-coding genes.

“If I tell you a certain gene is involved in mediating resistance to chemotherapy, you could do a literature search, find out what is already known about this gene and build your own hypothesis,” Pandolfi said. “On the non-coding side, there is nothing to search. These are new genes and we just don’t know what they are doing yet—they haven’t been functionalized.”

To do that, Pandolfi and colleagues moved from bioinformatics work to in vivo testing. They performed high-throughput CRISPR-based screens to provide an independent assessment of which of the genes might dictate drug resistance to Ara-C. Allowing the analysis of tens of thousands of coding genes and ncRNAs at a time, the CRISPR technology activated the genes in question. Then, the scientists treated the cells with Ara-C to see how the genes responded. The loss of enrichment of a gene indicated its role in drug sensitivity; enhanced gene enrichment means it mediates resistance.

“By manipulating the expression of each gene – coding and non-coding – to test its effect on the sensitivity to Ara-C and by subsequently integrating the data from AML patients, we were able to identify new therapeutic targets” said Bester.

“Now we can do this with each and every drug,” said Pandolfi. “The real power from our analysis is in the integration of several data streams.”

A genome-wide screen integrating coding and non-coding genes, the new approach also gave Pandolfi’s team insight into how neighboring non-coding and coding genes regulate one another. Researchers already knew ncRNAs tend to be located close by the genes they mediate. By asking one more question of the data – which of these genes is nearby? – Pandolfi and colleagues determined the functions of hundreds of ncRNAs.

“We found dozens of important new genetic units that impact sensitivity to chemotherapy and were able to functionalize them because we could link them to the nearby coding gene,” said Pandolfi.

What’s more, the integrated, high throughput approach identifies potential ncRNA biomarkers that could help physicians diagnose and treat disease. The new screening technique’s power lies in incorporating that 98 percent of non-coding genetic material once thought to play no role in the cell.