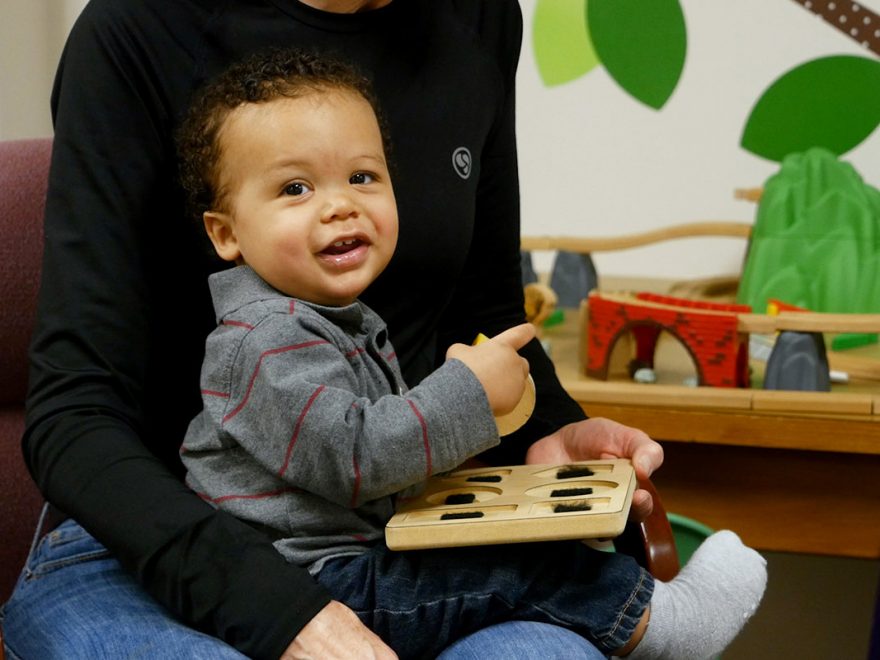 A brain-imaging study offers new support for the idea that infants can accurately track other people’s beliefs. When 7-month-old infants in the study viewed videos of an actor who saw – or failed to see – an object being moved to a new location, activity in a brain region known to play a role in processing others’ beliefs changed in the infants just as it did in adults watching the same videos.

“This suggests that the infant brain, like that of adults, may distinguish when others hold true and false beliefs,” said University of Illinois psychology professor Daniel Hyde, who led the new research.

The findings, reported in The Journal of Neuroscience, add to the evidence that infants possess at least a basic “theory of mind,” Hyde said.

“Theory of mind would be your ability to think about other people’s mental states: the thoughts, beliefs or anything else that goes on in the head of another person,” he said. “It seems remarkable that an infant could have even a basic understanding of other people’s mental states. But when you consider all the things infants have to learn and how they learn, it makes sense that they would have at least some ability to imagine why people are doing what they are doing.”

Infants cannot explain their perceptions of external events, and some psychologists think that very young children cannot grasp other people’s mental states until they are 2 to 4 years of age – old enough to verbalize what the children think is going on, Hyde said. 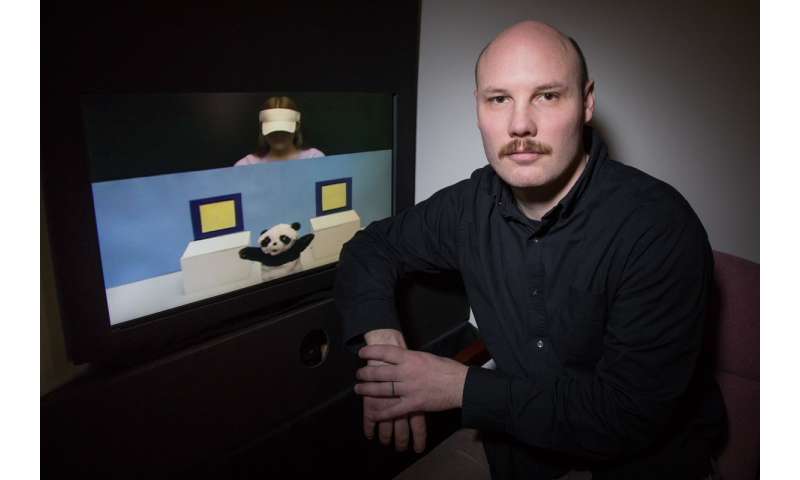 However, previous studies that tracked where infants look and how long they look at people engaged in hide-and-seek activities have found that infants tend to notice when someone holds a false belief – for example, when the person fails to see a puppet move a toy from one box to another, Hyde said. In such cases, infants appear to be surprised – as indicated by increased looking – when a person fails to see the toy moved to a new location but looks for it in the new location anyway.

In a previous study, Hyde and his colleagues looked at activity in the temporal-parietal junction, a brain region thought to play a role in theory of mind in adults. They recorded activity in the TPJ as adults viewed a video of an actor watching – or not watching – a puppet move a toy from one location to another.

In the new study, they used the same brain-imaging methodology in infants who watched the same videos the adults had seen.

“We wanted to see whether there was a parallel between activity in the TPJ in infancy and what occurs in adults during these scenarios that some people claim engage theory of mind,” Hyde said. “The logic is that if this region responds in a similar way in infants, you can draw a more direct comparison to what adults and older children are doing.”

The researchers used an emerging technology called near-infrared spectroscopy to capture brain activity in the TPJ. This noninvasive technique measures how light scatters on the surface of the brain. Light scatters differently when a brain region is more active – a response to changes in the oxygenation state of blood in that part of the brain.

“This method is nice because with the infants, you put a cap on their head, they can sit on their parent’s lap and watch whatever you present to them. They probably feel more comfortable and it’s more natural than other methods,” he said.

The team found that the TPJ in infants responds very similarly to that of adults when viewing the different video scenarios, Hyde said.

“The infants, like the adults, had an uptick in activity in the TPJ when watching a scenario where the actor failed to observe where the puppet put the toy and, therefore, held a false belief about the location of the toy,” he said.

Hyde said the new findings do not suggest that infants have a fully developed theory of mind in the first year of life.