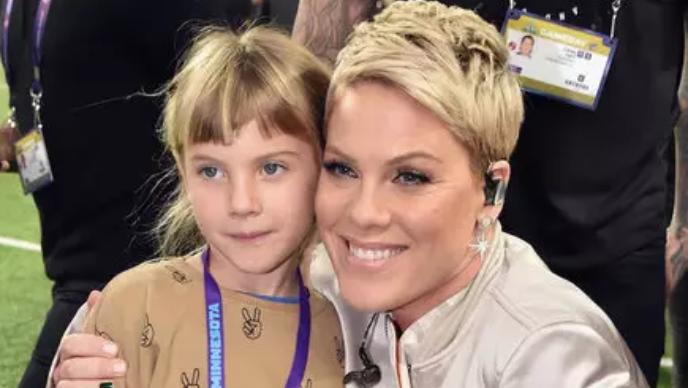 Pretty, pretty please, don’t you ever ever make Pink feel less than perfect.

Pink has really been showing her true color these days, and it’s more than one shade. She’s earned that exclamation point in her name (it’s stylized P!nk, if you don’t know) for being an inspiring woman in entertainment and mother.

The singer, whose real name is Alecia Beth Moore, continually pushes back on close-mindedness and speaks out against unwarranted criticism. Recently, she encountered a bit of trolling in her Twitter mentions, and instead of just letting the comment get swept under more tweets, she decided to publicly flip it on its head.

The comment that caught the 38-year-old’s attention read, “Wow Pink looks so old that should be named Purple instead.”

After posting her initial response directed at the mystery tweeter, Pink followed up with two more tweets that shows she’s grounded in self-worth and lives by the half-glass-full mentality. She wrote, “I am of the mindset that it’s a blessing to grow old. That if your face has lines around your eyes and mouth it means you’ve laughed a lot. I pray I look older in 10 years, cause that will mean I’m alive.”

As someone who just put extra eye cream on in the bathroom at work, I can definitely say that this is a wake-up call a lot of us need to hear. Many fans voiced their support for the songstress on Twitter, and she re-posted one tweet to go all in on her stance, joking she’ll go on a “wrinkles and rolls tour” when she’s 80.

At the 2017 VMAs, Pink told a powerful story when she accepted the Michael Jackson Video Vanguard award that people couldn’t stop talking about. If you haven’t seen her message for her 6-year-old daughter and the people who say she looks too masculine, it’s a must-watch.