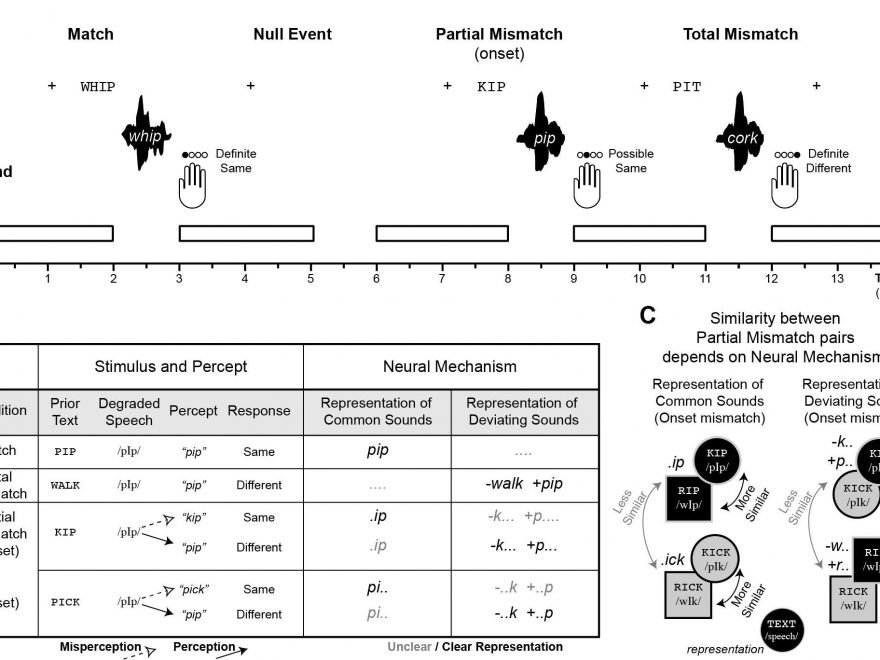 Misperception of speech results from a weak representation of the difference between what we expect to hear and what is actually said, according to a human neuroimaging study published in JNeurosci. The research provides new evidence for how the brain creates perceptual illusions when speech is degraded at cocktail parties, in song lyrics or for older listeners.

The ability to draw on past experience is important to keep up with a conversation, especially in noisy environments where speech sounds are hard to hear. However, these prior expectations can sometimes mislead listeners; convincing them that they heard something that a speaker did not actually say.

To investigate the neural underpinnings of speech misperception, Helen Blank, Matt Davis, and colleagues presented participants with pairs of written and degraded spoken words that were either identical, clearly different or similar-sounding. Reading and hearing similar sounding words (like kick followed by pick), led to frequent misperception.

Using functional magnetic resonance imaging the researchers found that misperception was associated with reduced activity in the left superior temporal sulcus, a brain region critical for processing speech sounds. Furthermore, when perception of speech was more successful, this brain region represented the difference between prior expectations and heard speech (like the initial k/p in kick-pick).