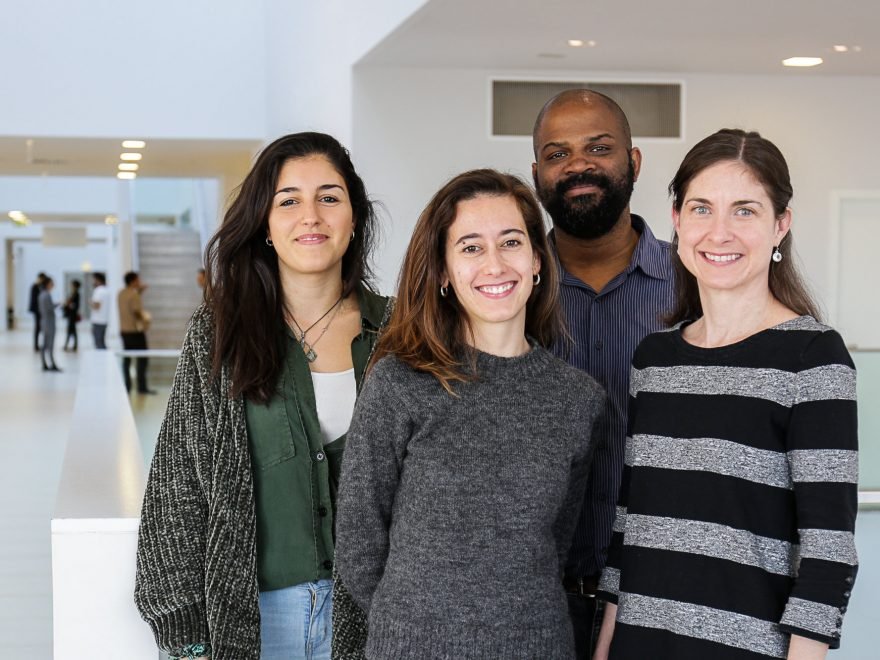 A new study, published in the journal Nature Neuroscience by a team from the Champalimaud Centre for the Unknown, in Lisbon, Portugal, has shown that the faster mice run, the faster and better they are at learning.

“Our main finding was that we could make mice learn better by having them run faster,” says Catarina Albergaria, first author of the new study.

The neuroscientists were studying something else altogether. “Our initial goal was to relate cellular plasticity in the brain to learning,” adds Albergaria. Ultimately, they sought to understand how neural circuits in a part of the brain called the cerebellum are changed by the learning of a motor task.

“The cerebellum is important for learning skilled movements,” says Megan Carey, who led the study. “It calibrates movements in the face of a changing environment to coordinate them in a very precise way.”

To understand the cellular changes in the cerebellum that accompany learning, the researchers were studying a classical conditioning learning task, akin to Pavlov’s famous dog conditioned behavior of salivating when it heard a bell just because it had learned to associate that sound with being fed.

In these experiments, while running on a treadmill, the mice had to learn to close their eyelids in response to a light flashed immediately before they received an air puff to the eye (which normally evokes a reflexive blink). This is a form of learning that takes place in the cerebellum.

However, the experiments the scientists undertook to look into this question just didn’t work. The team couldn’t see any effects of the learning task because there was too much variability in the data they obtained from different mice—and even from trial to trial with the same animal. What created this recurring contaminant noise? “The experiments were unsuccessful for a long time,” recalls Albergaria.

At a certain point, they understood what was happening .The mutant mice they were using couldn’t really run very well. When they took into account their running speed, the “noise” in the data cleared. Further, when all the animals were set to run at faster speeds, they had similar learning curves and maximum eyelid conditioning performance. “This was a pretty surprising result,” says Carey.

This confirmed that there was a causal link between running speed and enhanced learning—and not just a correlation. “The finding that externally imposed changes in running speed are sufficient to modulate learning (…) provide[s] causal evidence that increases in locomotor activity enhance learning,” the authors write in their paper.

The team further showed that once the mice had learned the task, their subsequent performance of that task still depended on their running speed. “The mice performed less well when we slowed down the treadmill, and this happened at time scales of a few seconds,” says Albergaria. “That’s how the the apparently random variability in learning and performance, which we were trying to eliminate, became the story,” says Albergaria. “Now, we wanted to figure out the brain mechanism behind this link between running and learning.”

Where in the brain was this enhancement happening? First, the scientists asked whether the effect of running on learning was specific to the visual system. For example, was it just that the mice could see better when running, and thus learned better?

They trained the mice to close their eyelids when experiencing other types of sensory stimuli (such as hearing a tone or feeling a vibration on their whiskers) before the air puff. And indeed, they found the same effect of running speed on learning in all of these different sensory modalities, just as they had with the visual stimuli.

What this commonality meant was that the neural process driving the learning enhancement was independent of the sensory system involved, suggesting that it might take place after the sensory signals had been processed by visual, auditory or tactile areas in cerebral cortex. The researchers then turned to the cerebellum.

Using the technique of optogenetics, which allowed them to stimulate specific neurons directly with laser light, they stimulated neurons that project to the cerebellum through axons dubbed mossy fibers. “We substituted motor activity with direct stimuli to the cerebellum and we found that if you are able to increase the activity of the mossy fibers, you enhance learning,” explains Albergaria.”We found the place in the cerebellum where this modulation takes place,” emphasizes Carey.

What about humans? “The cerebellum is a well-conserved structure across species, and there are circuits that are common across species,” replies Albergaria, speculating that the finding “could well apply to other forms of cerebellar learning in humans.” One implication of their findings was that “it doesn’t necessarily need to be locomotion; anything that drives an increase in mossy fiber activity could provide an equivalent modulation of learning,” says Albergaria. However, she cautions, “we don’t know whether this is true for other, non-cerebellar kinds of learning.”