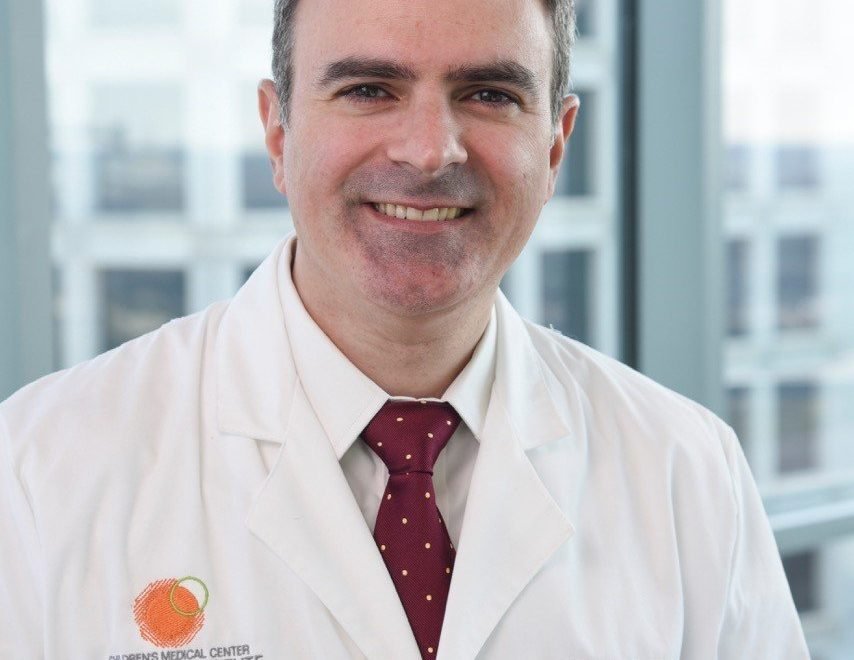 Researchers at the Children’s Medical Center Research Institute at UT Southwestern (CRI) have discovered a new metabolic vulnerability in small cell lung cancer (SCLC) that can be targeted by existing drug therapies.

SCLC is a deadly and aggressive form of lung cancer with few therapeutic options and an incredibly low five-year survival rate of 5 percent. Researchers at CRI believe the key to finding new therapies for this disease lies in better understanding the metabolism of SCLC.

Cancerous cells reprogram their metabolic pathways to grow and spread rapidly through the body. In some forms of cancer, cancer cells become highly dependent or “addicted” to specific metabolic pathways as a result of genetic mutations. Identifying these pathways can lead to new treatment options.

“SCLC metabolism has not previously been studied in-depth,” said Dr. Ralph DeBerardinis, Professor at CRI and Director of CRI’s Genetic and Metabolic Disease Program. “If we identify the metabolic pathways SCLC uses to grow and spread, then maybe we can find drugs to inhibit them. This could effectively cut off the fuel supply to these tumors.”

To discover new vulnerabilities in SCLC, researchers at CRI analyzed metabolism and gene expression in cells obtained from more than 25 human SCLC tumors. From the data, they identified two distinct categories of SCLC defined by the level of two oncogenes: MYC and ASCL1. Oncogenes are genes known to promote cancer formation and growth.

The study, published in Cell Metabolism, found that MYC stimulated synthesis of purine molecules. Purines are essential for cells to produce RNA and DNA, both of which are required for growth and division. MYC-expressing cells had a particular need for a specific type of purine called guanosine.

“We were excited to discover that purine synthesis was so important for this subset of SCLC cells. There are already safe and effective inhibitors of guanosine synthesis used in patients for other diseases besides cancer. Our findings suggested that mice with MYC-expressing SCLC might benefit from treatment with drugs that inhibit purine synthesis,” said Dr. Fang Huang, a visiting scholar at CRI and first author on the paper.

To test the hypothesis, researchers treated mice from multiple different mouse models of SCLC with the drug mizoribine, a purine synthesis inhibitor. Treatment with this drug suppressed tumor growth and significantly extended the lifespan in mice with MYC-expressing SCLC.