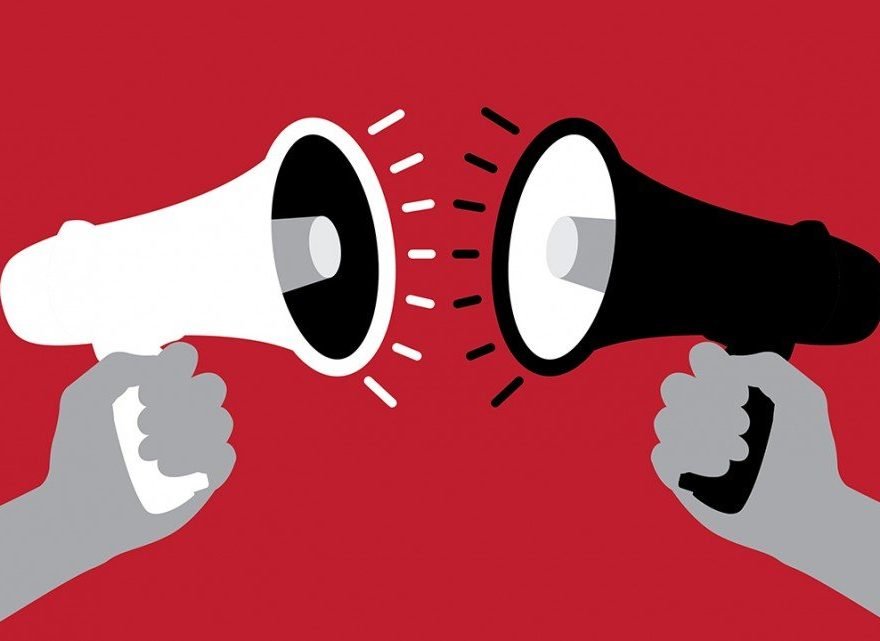 Colleges and universities across the country are struggling with the question of who decides what is acceptable speech on campus. When does a controversial topic become hate speech? When should it be allowed as free speech?

Two Cornell researchers say psychological science’s extensive study of bias offers an important lens through which to view these conflicts, as we strive to understand and reduce them.

There is no alternative to free speech, say co-authors Stephen Ceci and Wendy Williams in “Who Decides What Is Acceptable Speech on Campus? Why Restricting Free Speech Is Not the Answer.” Their analysis appeared May 2 in Perspectives in Psychological Science as the lead article in the issue.

“There is no alternative to free speech, because every controversial topic has a substantial group of people who view it as hate speech,” said Ceci, the Helen L. Carr Professor of Developmental Psychology. “If we define unacceptable speech in terms of topics students say should be banned because they make them feel marginalized or uncomfortable, then we remove all controversial topics from consideration.”

Added Williams, professor of human development: “Feeling discomfort and angst at hearing words is not a legal reason to shut down other people’s rights to say those things.”

Since the 1950s, psychological science has demonstrated that many types of bias can prevent opposing sides from accepting the validity of each other’s arguments, the authors say.

Selective perception makes opponents on an issue literally see things differently. In 1954, researchers showed a film of a 1951 football game – Princeton versus Dartmouth, well-known for its competitive, rough play – to two groups: one of Princeton fans and the other of Dartmouth boosters. Each team’s supporters saw the majority of flagrant violations as having been committed by opposing players.

For people with selective bias, “it’s not just that they interpret their perceptions differently; they actually see different things,” Ceci said.

In “myside” bias, people look for evidence that supports their opinions and ignore or downgrade evidence that contradicts them. “Blind-spot bias comes from deep identification with a cause. We believe we are especially enlightened, while our opponents’ affiliation with the opposite side leads them to be biased,” Ceci said. Similarly, naïve realism makes people feel their views are grounded in reality but their opponents’ are not.

These and many other biases explain why a sizable percentage of students favor banning nearly every controversial topic, the authors said.

For example, a Cato Institute survey of 3,000 Americans with university experience found:

“In such a climate, the heckler’s veto reigns supreme and any expression that is offensive to any subgroup on campus would be banned,” Williams said.

College experiences should involve challenging our beliefs, even when those experiences go beyond our comfort level, and no campus group has the right to determine for the entire community what can be discussed, the authors said.

Universities can take several steps to help students avoid the biases that prevent them from valuing other points of view and to reduce extremist views and confrontations, they said.

Just as colleges require that freshmen understand codes of conduct for sexual harassment, plagiarism and intoxication, they could require freshmen to understand the differences between free speech and hate speech, between First Amendment protections and speech codes, and the meaning of “evidence.”

Role-playing exercises could be woven into controversial seminars in which supporters of each side are asked to switch sides. And universities could organize civil debates on controversial topics.

Students should be made to understand they are entering a place that believes deeply in the importance of dialogue and free speech, Ceci said.