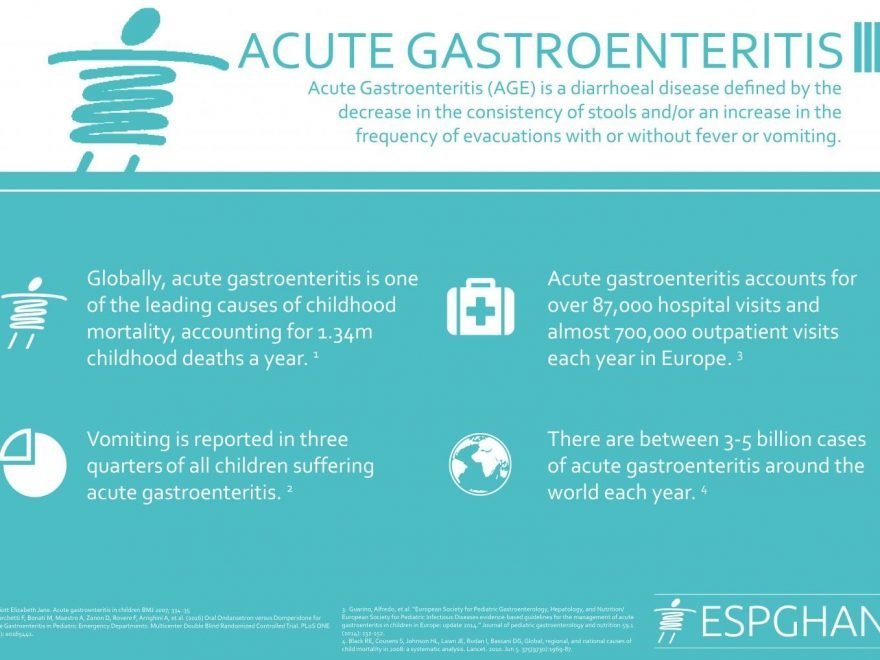 Researchers presenting at the 51st ESPGHAN Annual Meeting have today revealed the results of a new study which proves the efficacy and effectiveness of using ginger to treat vomiting in children with acute gastroenteritis—one of the most common conditions resulting in admission to paediatric emergency departments.

All children are expected to suffer from acute gastroenteritis within the first three years of life and globally there are between 3-5 billion cases each year. Vomiting is reported in three quarters of children suffering the condition contributing to fluid loss and oral rehydration failure—which can be life threatening. While mortality rates in Europe are low, gastroenteritis is a major cause of hospital visits and has a substantial economic impact; it accounts for over 87,000 hospital visits a year and almost 700,000 outpatient visits. Globally, acute gastroenteritis is one of the leading causes of childhood mortality, accounting for 1.34m childhood deaths a year—approximately 15% of all childhood deaths.

Dr. Roberto Berni Canani and his team of researchers have proven that ginger is effective at reducing both the duration and the severity of vomiting, leading to fewer lost school days and suggest that the findings have the potential to reduce hospitalisations and missed work days by parents.

Whilst previous studies have found ginger to be effective in treating vomiting in pregnant women and adult patients undergoing chemotherapy, this study is the first time the effectiveness of ginger has been tested in children.