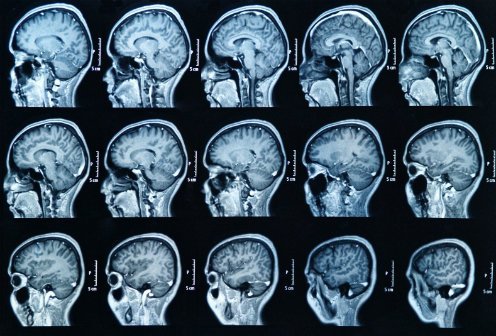 Water is transported from the blood into the brain via an ion transporter, according to a new study on mice conducted at the University of Copenhagen. If the mechanism can be targeted with medicine, it may prove relevant for treating disorders involving increased intracranial pressure, including brain oedema in connection with stroke, and hydrocephalus, also known as “water in the head.”

The brain is cushioned by intracranial fluid, which among other things, protects it from concussions. Every day, around a half-litre of water is transported from the blood to the brain through a thin tissue called choroid plexus. But exactly how this occurs has been a mystery.

In a new study published in Nature Communications researchers at the University of Copenhagen have proved for the first time via mice that the transport is not controlled by osmosis, as many used to believe. Instead, water is primarily transported to the brain via a so-called co-transporter that moves a certain amount of water when ions are transported across the choroid plexus tissue.

“This is new knowledge on a very important physiological process involving the most complex organ in the human body, the brain. If we are able to target this ion and water transporter with medicine, it would affect a number of disorders involving increased intracranial pressure, including brain haemorrhage, blood clots in the brain and hydrocephalus,” says neuroscientist Associate Professor Nanna MacAulay.

The researchers examined the choroid plexus in mice and tested whether water can be moved through the tissue even though the conditions required for osmotic water transport are missing. This turned out to be the case; a different process thus had to be responsible for water transport.

They then did tests on live mice to see how fast brain fluid is produced when possible water transporters are inhibited. This revealed that the co-transporter in question is responsible for half of all fluid production for the brain cavity and is thus the main water transporter in this tissue.

“Of course, it would be groundbreaking ito use this mechanism as a target for medical treatment and turn down the inflow of water to the brain to reduce intracranial pressure. There are no effective medical treatments for a lot of disorders involving increased intracranial pressure. And at worst, the patient may suffer permanent damage and even die as a result of increased pressure. Therefore, this basic mechanism is an important find,” says Nanna MacAulay.

The researchers stress that the structure of the responsible proteins is the same in mice as in the human cell membrane in choroid plexus. Therefore, they expect to find the same mechanisms in humans. As a next step, they will try to determine how the inflow of water to the brain can be affected and controlled using the newly discovered mechanism.