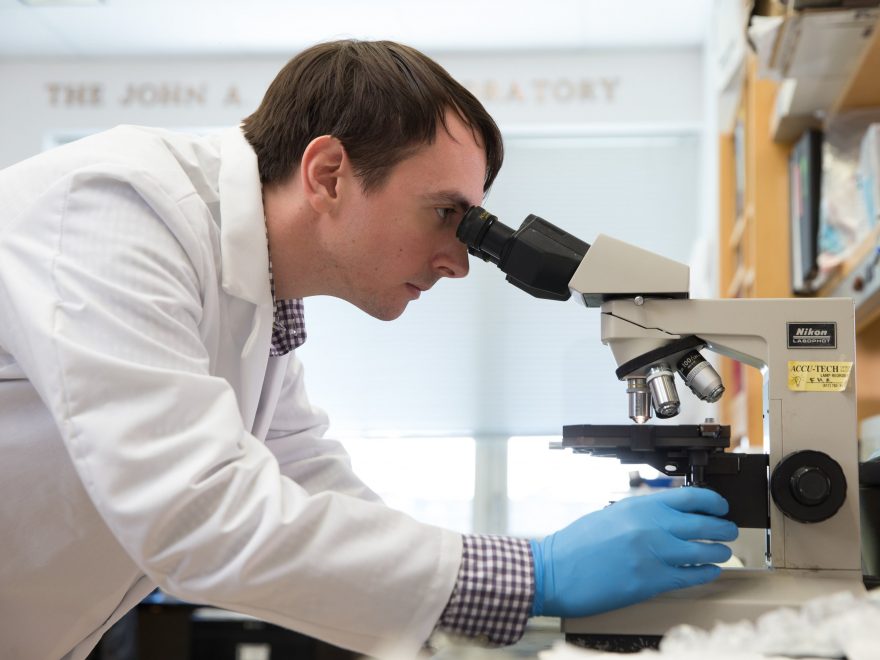 A McLean Hospital scientific team’s comprehensive analysis of recent research into how the brain shapes responses to cognitive and emotional challenges has revealed the potential for new brain treatments for psychiatric conditions that target specific brain circuits. The detailed review is available online in the journal Trends in Pharmacological Sciences.

“At almost any point in time, brain activity is determined by a dynamic balancing act between excitatory and inhibitory neurotransmitters. These shifts of excitation and inhibition sculpt essentially all brain functions, including cognition, emotion, and the brain’s protective mechanisms against drug dependence,” explained lead author Elif Engin, Ph.D., associate neuroscientist in the Laboratory of Genetic Neuropharmacology at McLean Hospital and assistant professor of psychiatry at Harvard Medical School. “Large disruptions of this delicate balance can lead to epileptic seizures, while more subdued disruptions underlie many disorders, including autism spectrum disorders and several psychiatric disorders.”

Through her own lab work, as well as her findings as part of the review of recent literature, Engin believes that having greater clarity on the impact of certain circuits within the brain will not only allow for better understanding of brain function, but also better development of treatment options.

According to Engin, the major chemical responsible for inhibition in the brain is gamma-aminobutyric acid (GABA).

GABA binds to specific proteins on the surface of nerve cells, GABAA receptors, to inhibit neuronal activity. These receptors come in different configurations, called subtypes, and over the past 20 years, researchers have learned a lot about the functions of each receptor subtype. A variety of drugs, including benzodiazepines (e.g., Valium or Xanax) and general anesthetics, increase the activity of these receptors. It was found, for example, that one receptor subtype mediated sedation while another subtype mediated the anxiety-reducing activity of such drugs.

While defining receptor subtype functions has thus provided a blueprint for the development of new drugs, knowledge about how specific circuits and specific cell populations in the brain shape specific behaviors may further expand and enhance treatments. “In our review, we introduced the novel concept of ‘circuit pharmacology,’ a term describing how specific GABAA receptor subtypes in circuit- and cell type-specific locations mediate pharmacological actions,” said Engin. “It is increasingly apparent that a better understanding of the role of GABAA receptors in defined locations of neuronal circuits not only increases our fundamental understanding of brain function, but also opens avenues for the development of new therapeutic strategies.”

The authors highlighted their own work in which they studied the role of specific GABAA receptor subtypes in subregions of the hippocampus. They found that a specific type of receptor in the granule cells of the region known as the dentate gyrus is essential for the ability to distinctly form and recall memories that have similar features. For instance, if you shop at two different grocery stores regularly, you may have a hard time remembering where your favorite cereal is usually placed in each store. As grocery stores have quite similar layouts, the memories from the two stores may interfere with each other. Similarly, if one of the stores reorganizes its products and starts placing your favorite cereal in a new location, you might have difficulty learning this new location because of interference between your old memory and the new one.

While the grocery store example may be a trivial example, the ability to distinguish between similar patterns, also called pattern separation, is essential for normal cognitive function. “As pattern separation deficits have been observed in patients with schizophrenia and autism spectrum disorders, our work may suggest that chemical compounds augmenting the activity of these receptors might be useful in treating patients with these disorders,” said Engin.

The review authors also studied how anxiety and fear are controlled in the brain. While it has been known for almost two decades that drugs like Valium require a specific subtype of the GABAA receptor for their anxiety-reducing action, the authors were recently able to identify neuronal circuits in the hippocampus that are essential for this drug action. Further, they found that distinct cell populations in the hippocampus are required for reducing anxiety and for reducing fear.