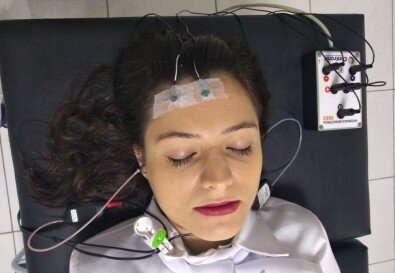 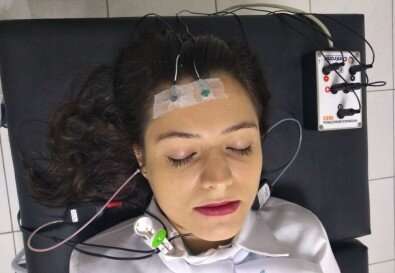 Sudden hearing loss can be experienced in highly stressful situations, usually lasting a short time. Researchers at São Paulo State University (UNESP) in Brazil, collaborating with colleagues at Oxford Brookes University in the United Kingdom, have reported a discovery that contributes to a deeper understanding of this phenomenon.

According to a study by the group published in Scientific Reports, brain activity related to auditory attention keeps pace with heart rate. Stress-induced changes in heart rate may therefore impair auditory perception. This finding offers new perspectives for the treatment of attention and communication disorders.

“We found that even quite low levels of stress can affect heart rate and impair auditory attention,” Vitor Engrácia Valenti told.

According to Valenti, a professor at the UNESP campus in Marília and principal investigator for the study, recent research had already shown that heart rate can fluctuate in response to auditory stimulation and that these variations are controlled by the vagus nerve.

“However, exactly how auditory stimuli influence heart rate control by the vagus nerve was poorly understood,” Valenti said. “In addition, it wasn’t clear whether heart rate control interacted with the cortical brain activity associated with auditory attention in humans.”

The vagus nerve extends from the brainstem down to the abdomen and is part of the autonomic nervous system that controls unconscious bodily processes such as heart rhythm, breathing and digestion. An overactive vagus nerve can result in an abnormally low heart rate.

Previous studies with animals showed that vagal activity increases during relaxing auditory stimulation and boosts the expression of a protein called c-Fos in the auditory cortex. These findings pointed to an association between cortical sound processing and the parasympathetic nervous system, Valenti explained.

The researchers set out to investigate these interactions by means of an experiment with 49 women in which heart rate regulation was challenged by a mildly stressful language test.

The participants were asked to say as many Portuguese words beginning with ‘A’ as they could in 60 seconds, without repetition or inflections such as the diminutive.

The time limit was considered necessary to avoid interference in the volunteers’ brain activity either by the sympathetic nervous system—which regulates responses to stress, such as heart rate acceleration via the effects of adrenaline—or the release of cortisol.

Heart rate and auditory processing were measured before and after the language test. The integrity of the auditory pathway in the brain was verified electrophysiologically using a standard procedure called long-latency auditory evoked potential (P300).

Heart rate variability is an indicator of autonomic cardiac control in response to different levels of stress. The P300 test was used in this study to analyze auditory attention to a sound stimulus by monitoring the prefrontal cortex and auditory cortex activity via electrodes placed on the forehead, cranial vertex and earlobes.

The results of the tests showed that the relatively mild stress to which the volunteers were subjected was sufficient to alter their heart rate and that this happened in parallel with an attenuation of their auditory attention.

Statistical analyses, including correlations and linear regression models, indicated a weak but significant association between autonomic control of the heart by the vagus nerve and auditory processing in the brain.

“This suggests that auditory information is processed less well in stressful than calm situations,” Valenti said.

“It’s possible that if you breathe more slowly under stress, for example, the parasympathetic nervous system may slow your heart rate and improve your auditory perception.”

According to Valenti, the findings suggest novel possibilities for the treatment of patients with attention and communication disorders based on vagus nerve activation by electrical stimulation in the auricular region to control heart rate.

Studies of autistic children conducted by researchers at UNESP Marília’s Phonoaudiology Department have used this method and achieved promising results.