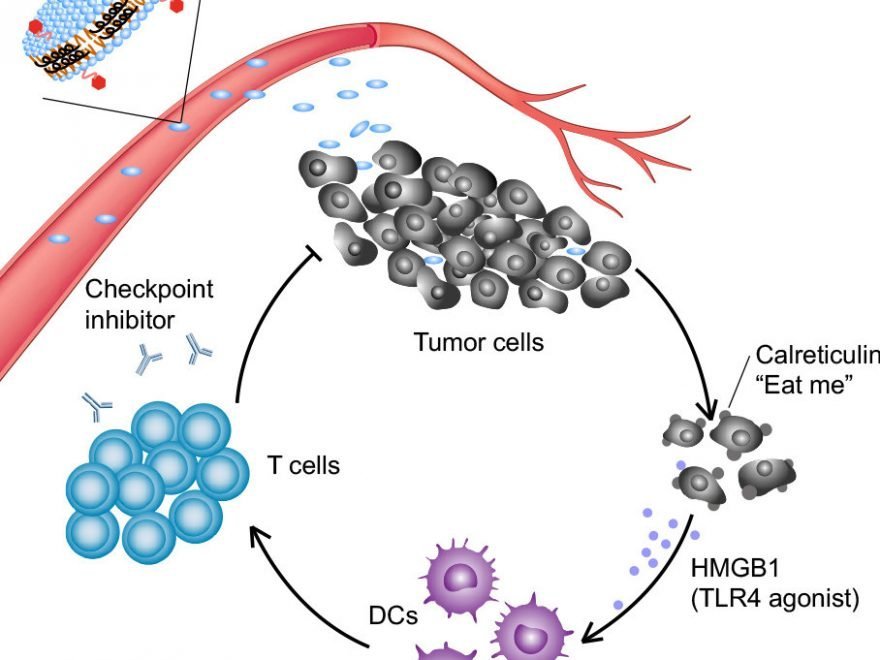 In the wrestling match with cancer, chemoimmunotherapy is the new strong arm, and it is building muscle with a nanodisc disguised as “good cholesterol.”

Researchers at the University of Michigan Rogel Cancer Center designed this new delivery system – a drug hidden in a nanodisc – to increase the number of patients who can be treated successfully with cancer immunotherapy drugs.

The nanodisc is made of a synthetic version of high density lipoprotein (HDL), also known as “good cholesterol.” Then researchers attached doxorubicin, a widely used chemotherapy drug, to the nanodisc.

“With this, we can significantly improve anti-tumor activity of immune checkpoint blockers,” says James J. Moon, Ph.D., the John Gideon Searle Assistant Professor of Pharmaceutical Sciences at the University of Michigan College of Pharmacy.

In multiple mouse tumor models of colon cancer, researchers found up to 85 percent of the tumors were completely eliminated when combining the nanodisc-delivered chemotherapy with immune checkpoint blockers, a common immunotherapy treatment.

“And those that survived were resistant to tumor recurrence,” says Moon, co-senior author on the study, which will be published in Science Advances.

In a more challenging model of cancer, one that metastasized to the liver, the treatment also showed an excellent response rate of 88 percent.

To determine if cells are harmful to the body and need to be attacked, the immune system uses certain molecules called checkpoints. But some cancer cells avoid an immune system attack by producing proteins that trick the checkpoints. Checkpoint blockers were designed to allow immune cells to kill cancer cells. These immunotherapy treatments are highly successful in some patients, but only about 20 percent will benefit.

By using the synthetic HDL, which mimics natural HDL in the body, the researchers were able to hide the chemotherapy from the immune system. 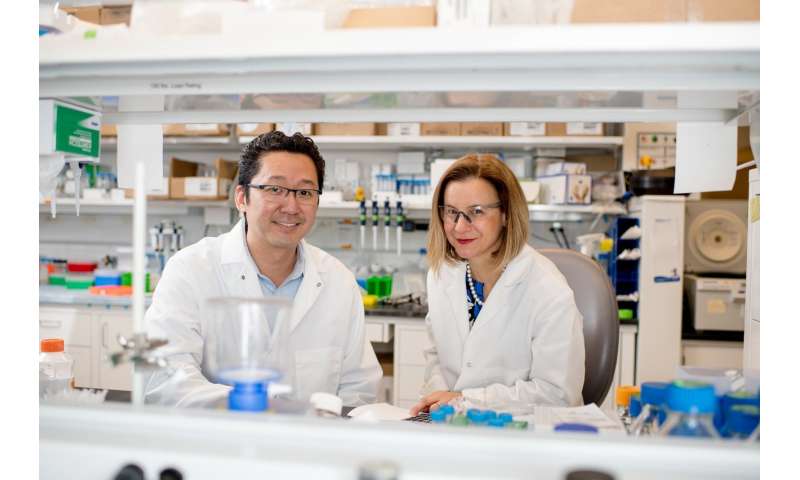 “When we attached the chemotherapy drug to the synthetic HDL, we saw significant improved circulation half-life, improved delivery to the tumor cells and a better accumulation of the drug in the tumor cells,” says study co-senior author Anna Schwendeman, Ph.D., assistant professor of pharmaceutical science at the U-M College of Pharmacy.

“The most surprising part of the research was that when tumor cells were killed, it triggered anti-tumor immunity,” Moon says. The immune system was empowered to recognize and attack tumor cells.

There were no overt side effects to the new delivery system. And interestingly, the researchers discovered another unexpected benefit: less impact on the heart.

“Often when patients receive doxorubicin, they have cardiotoxicity because heart muscle cells accumulate the drug. But we found that by delivering doxorubicin on the synthetic HDL nanodisc, we saw better accumulation of the drug in the tumor and we didn’t detect any cardiotoxicity,” Schwendeman says.

“HDL is known to have benefits for the heart. That may have contributed to the absence of cardiotoxicity,” she adds, noting that more research is needed to confirm that speculation.

“The combination of chemoimmunotherapy on a synthetic HDL nanodisc could have a big positive impact for cancer patients. Our results demonstrating their efficacy in multiple tumor models suggest that our strategy may have wide applications in multiple cancer types,” Moon says.