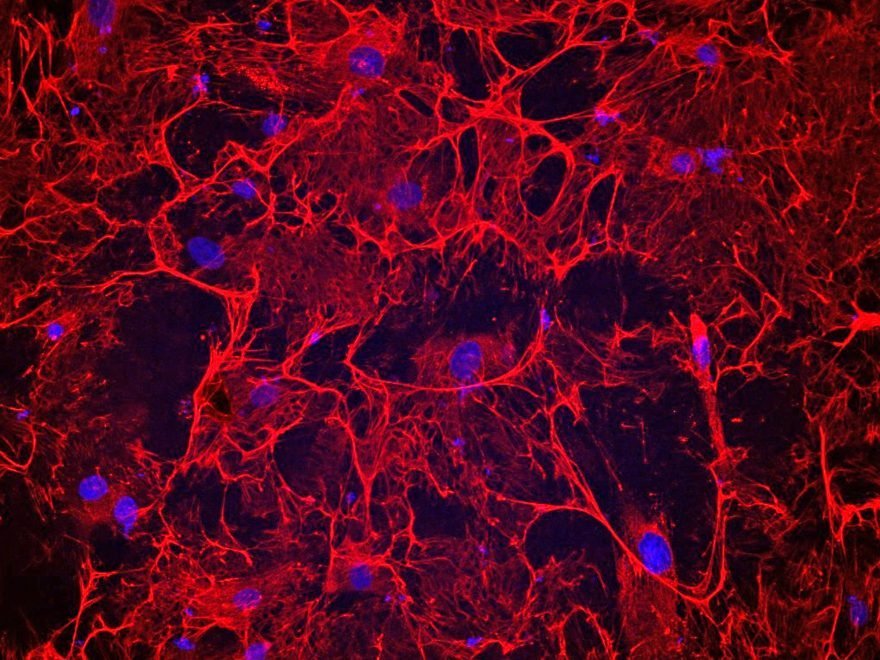 Researchers at the Cincinnati Children’s Heart Institute report in the journal Circulation testing a manufactured peptide called pUR4 to block the fibronectin protein in human heart cells donated by heart failure patients. The treatment prevented the human heart cells from failing and restored their function. The treatment also reduced fibrosis and improved heart function after a simulated heart attack in mice.

Fibronectin is normally a good actor in the body. It helps form a cell-supporting matrix for the body’s connective tissues, aiding tissue repair after injury.

But after a heart attack, fibronectin overreacts, it polymerizes and helps produce too much connective matrix. It also causes hyperactive production of clogged and dysfunctional cardio myofibroblast cells that damage the heart. The pUR4 compound is designed so it will attach to surface points on fibronectin, effectively inhibiting its effects in injured heart cells.

“Our data are a strong proof of principle and the first to show that inhibiting fibronectin polymerization preserves heart function, reduces left ventricle remodeling and limits formation of fibrotic connective tissue,” said the study’s lead investigator Burns Blaxall, PhD, director of translational research in the Heart Institute and the Center for Translational Fibrosis Research. 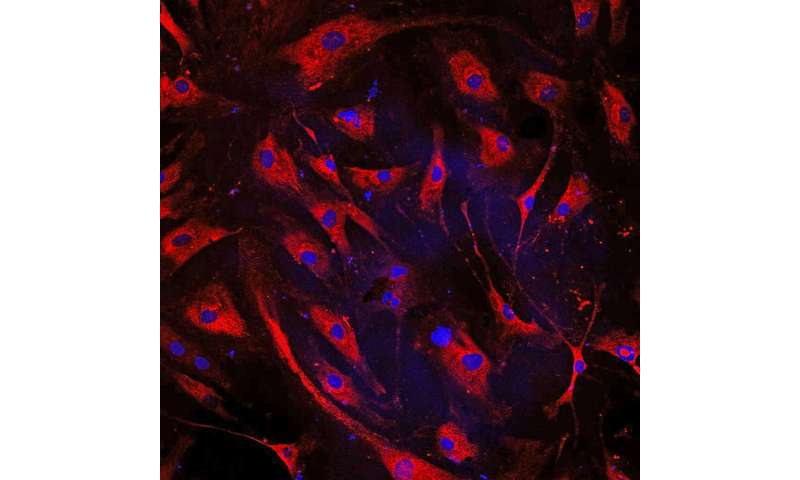 Testing a Tiny Solution for a Big Problem

Although heart disease is the leading cause of death in the world, few effective treatment options are available for patients—many having had a previous heart attack or congenital heart disease. The pUR4 molecular treatment used in the current study is one of several compounds Blaxall and his colleagues are testing that show promise in preliminary preclinical research data.

A key question in the current Circulation study was verifying the results of pUR4 targeted molecular therapy in both the mouse models and human heart failure cells. In mice with simulated heart attack that as a control experiment received a placebo therapy, the animals developed significant fibrosis and heart failure. When researchers treated mice with pUR4 for just the first seven days after heart attack, or genetically deleted fibronectin activity from the heart cells of mice, these reduced fibrosis and improved cardiac function. Treatment of human failing heart cells with pUR4 also reduced their fibrotic behavior.

The researchers emphasize it’s too early to know whether the experimental therapy in this study can one day be used to treat human heart patients clinically. Extensive additional research is needed first, including proving pUR4’s safety in larger animal models and then moving on to establish proof-of-principal effectiveness treating heart failure in those models, according to Blaxall. 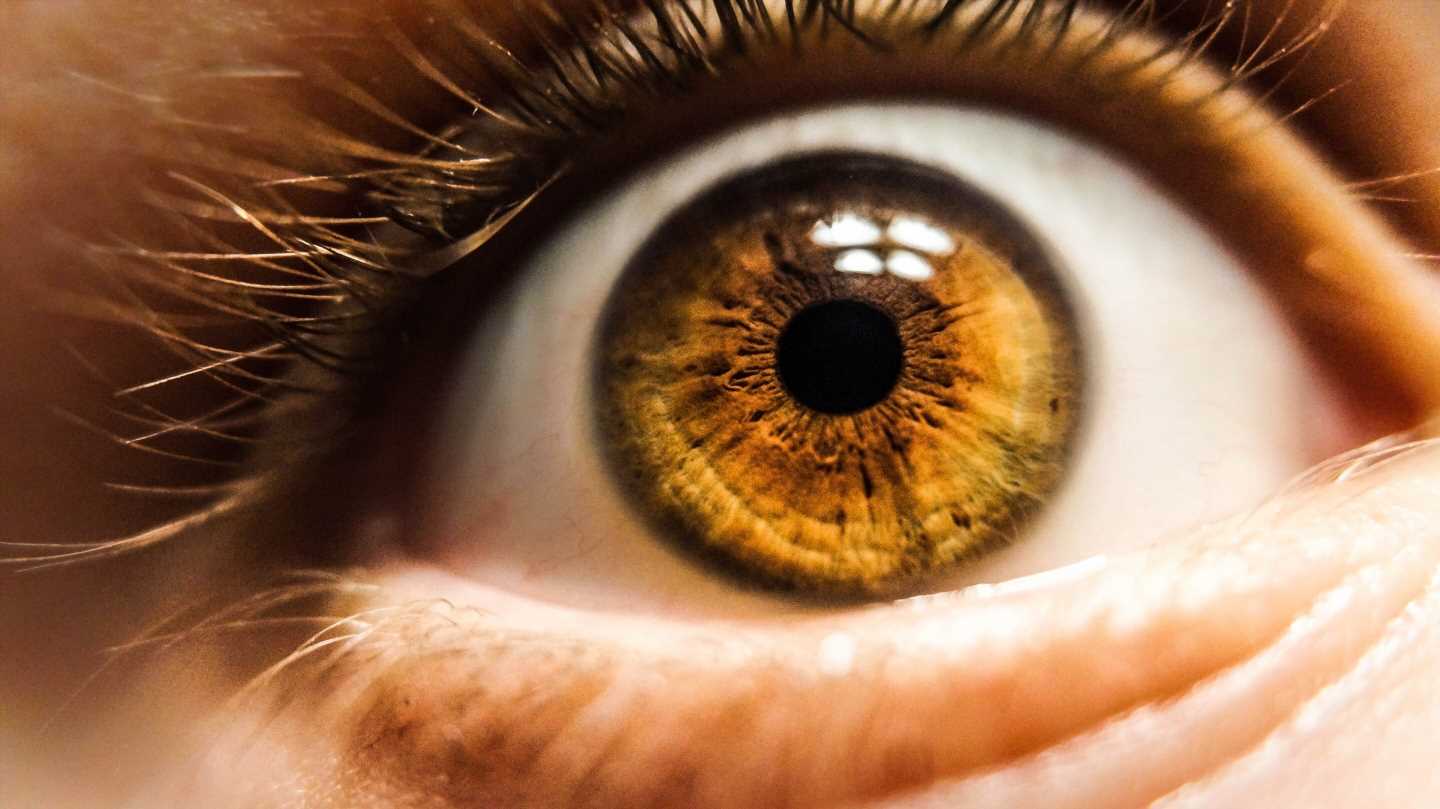 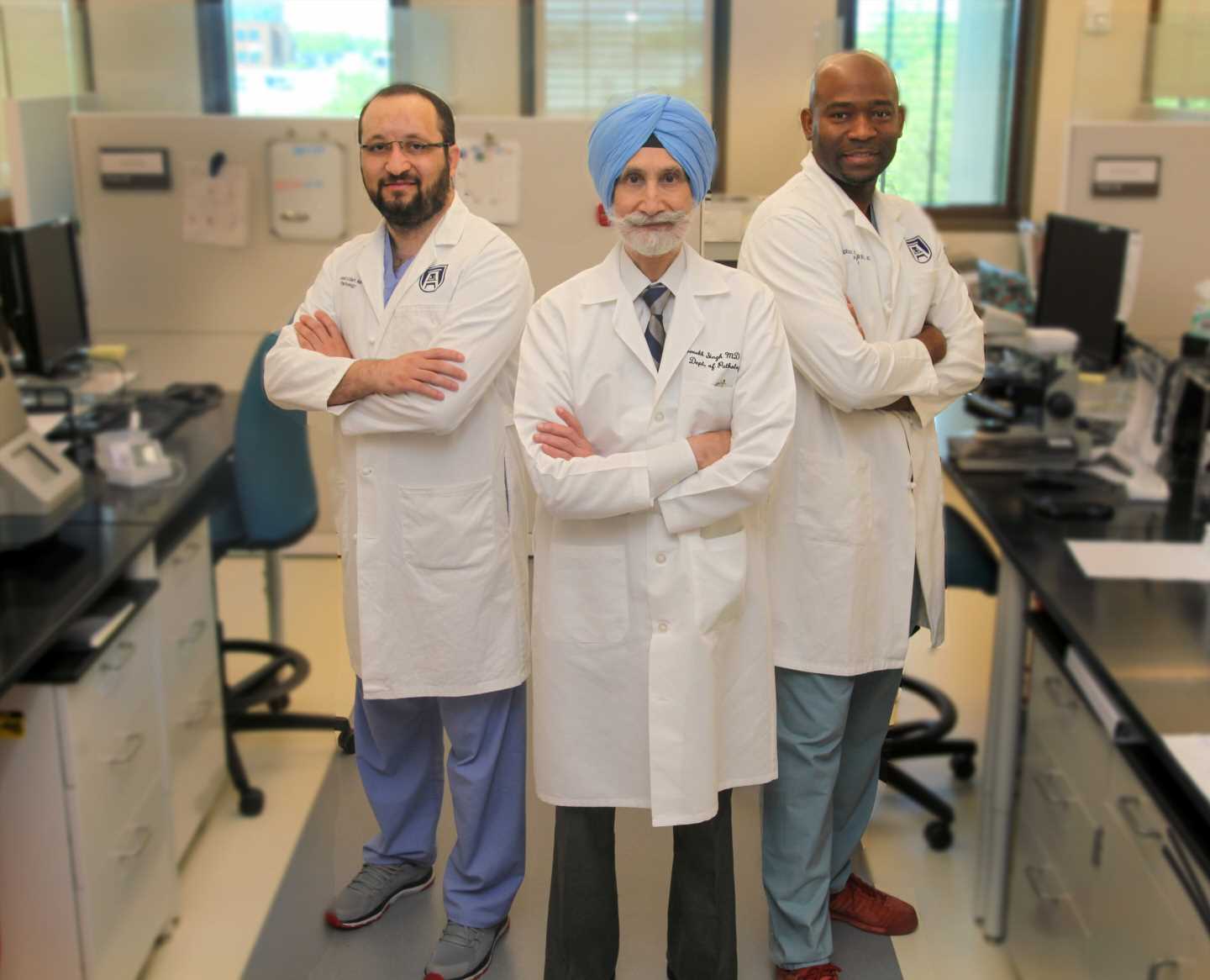 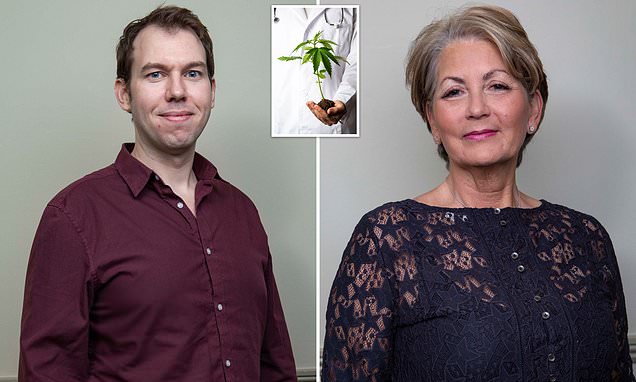