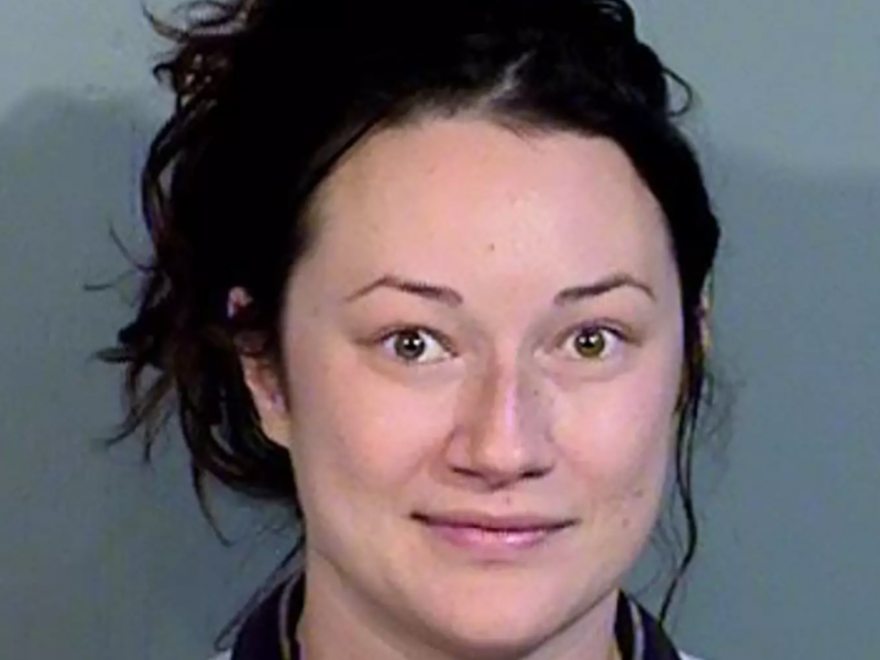 An Arizona woman has been accused of stalking a man she went on one date with last year by breaking into his home and sending him 65,000 text messages, according to multiple reports.

Jacqueline Claire Ades, 31, was arrested on Tuesday after allegedly stalking and threatening a man she met on a dating website, according to a Paradise Valley police news release obtained by PEOPLE.

ABC15 reported that Ades has allegedly been obsessed with the man since last summer, sending him 65,000 texts after one date. In a jailhouse interview Thursday, she told reporters: “I felt like I met my soul mate and everything was just the way it was. I thought we would do what everybody else did, but that’s not what happened.”

Text messages allegedly sent by Ades include, “Don’t ever try to leave me…I’ll kill you…I don’t wanna be a murderer!” and “Oh, what I would do w/your blood…I’d wanna bathe in it,” according to AZFamily.

When asked by reporters Thursday why she sent the victim thousands of texts, Ades said, “Because it made me find out all my information…Loving him selflessly brought me his information. Because everybody just wants to take. But if you just give and you don’t stop giving, you will all of a sudden receive a lot.”

Ades came to Arizona on a road trip from Florida, she told reporters.

• Want to keep up with the latest crime coverage? Click here to get breaking crime news, ongoing trial coverage and details of intriguing unsolved cases in the True Crime Newsletter.

Paradise Valley police first became aware of the alleged harassment in July, when the victim reported that Ades had been continually texting him, the police news release states.

When police responded to a call by the victim alleging Ades was stalking him, they found her parked outside the victim’s home. She was not arrested, and soon after, police say she began sending the man threatening text messages, according to the news release.

In December, the victim called police again to report that Ades had allegedly returned to his residence, but upon arrival, officers could not locate Ades, the news release states.

On April 8, Paradise Valley police received a call from the victim saying he was traveling outside the country but allegedly saw Ades on surveillance cameras inside his home.

Upon arrival, officers allegedly found Ades inside the man’s home taking a bath. She was taken into custody and charged with trespassing. Ades was released and given a court date. She then allegedly began sending the victim text messages saying she was going to harm him, the news release states.

On May 4, Ades allegedly went to the man’s business and claimed to be his wife. Scottsdale police responded to the scene and escorted her off the premise. When Paradise Valley police heard of the incident, they arrested Ades, according to the news release.

When asked by reporters Thursday if she was crazy, the 31-year-old said, “No, I am the person that discovered love.”

She is charged with threatening and intimidating, stalking, harassment and failure to appear after she failed to show up to her court date for the original trespassing case, the news release states.

Ades is being held without bond and does not yet have an attorney, the Washington Post reports. She is scheduled to appear in court Tuesday.